Zucchini is a type of summer squash harvested and eaten while immature. Often mistaken for a vegetable, it is a slightly sweet, mildly flavored fruit that can be cooked in a variety of recipes. 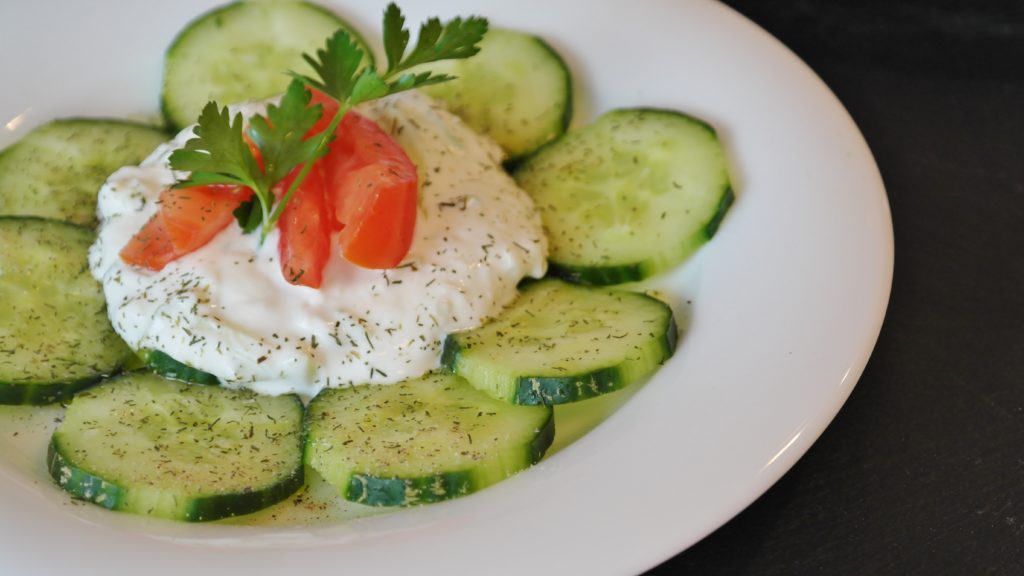 Unfortunately, many animals tend to eat them while they’re still growing in the garden. These animals include:
● Skunks
● Rats
● Groundhogs/Woodchucks
● Rabbits
● Raccoons
● Insects

In this article, we’ll highlight the damages that these animals can cause to your zucchini plants, as well as ways to identify and get rid of them. 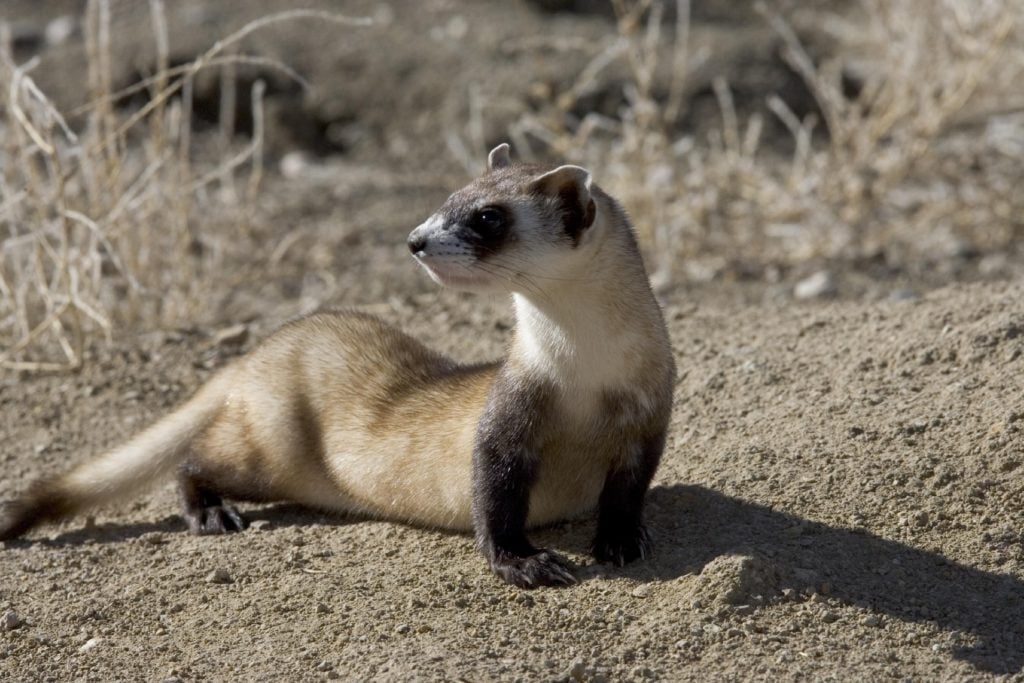 Skunks are nocturnal animals that are notorious for damaging garden plants. Typically, they feed on smaller insects or animals.

Also Read:
What Not To Plant With Peppers: Worst Companion Plants

What makes them dangerous is their penchant for digging for plant produce— zucchini is no exception.

An obvious way to identify if a skunk has been in your garden is their awful smell. Another way to tell is by their paw print.

The print will show all five (sometimes only four toes because the fifth is small) toes and claws.

How To Get Rid of Skunks?

Once you’ve identified the animal harming your zucchini plant as a skunk, follow these methods to get rid of them.

One of the ways you can do this is by using a fox urine scent. Foxes are known to prey on skunks which makes their scent an efficient way to get rid of them.

A fox’s urine spray can be bought at any garden or farming store. Another known predator is the coyote— you can opt for its urine instead.

Another way to repel skunks from your garden is by planting specific species of plants—for example, squash.

Skunks are attracted to squash, but they hate the leaves because of the tiny hairs around them that irritate their skin and feet. Planting squash around your garden can repel them.

Similarly, the stinging nettle leaves have sharp hairs that produce a liquid when disturbed. Plant them to drive the skunks away from your garden.

Prepare a mixture of dish soap, water, and castor oil. Spray it in the night, and the skunks will find the smell offensive.

Another smell skunks hate is that of citrus fruit. You can place the peels of an orange or lime around your garden or specific places frequented by them. 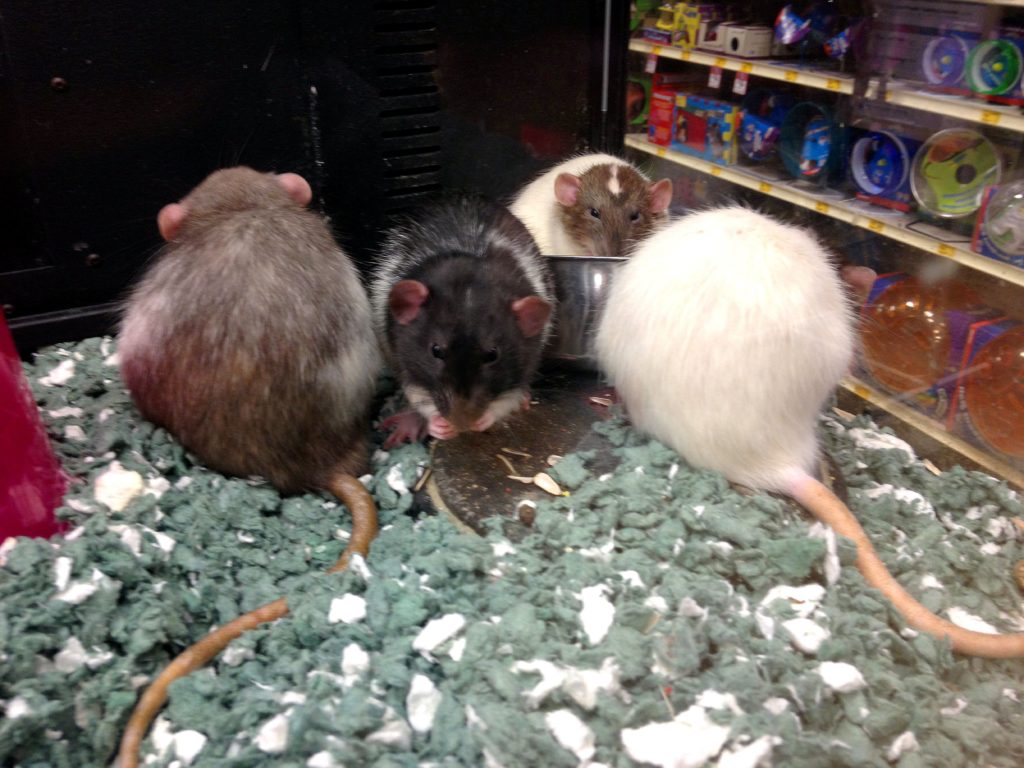 You will typically find rats scurrying around your garden at night. It’s pretty straightforward to identify them.

They have a distinctive squeak and a musky smell, especially in groups. You can also identify them based on their droppings.

Rats will happily eat zucchinis, and corn is their favorite meal. They can even gnaw through the wire, vinyl, or concrete fences with their strong teeth to get through.

Rats prefer gardens not only for food— they find easy shelter in the dirt and clutter lying around.

The female rat can reproduce up to seven times a year which means you need to get rid of them before they make your garden their home.

Also Read:
How To Get Burrs Out Of Clothes: 6 Effective Methods

How To Get Rid of Rats?

Here are several ways to get rid of rats in your garden.

Sticky traps can be laid all around the garden to catch and keep them stuck. Make sure to bait the trap if you want to lure them.

Scents like onion, garlic, white vinegar, and peppermint repel rats. You can mix them with soap and water and spray them around your garden.

Cat’s urine scent can also be sprayed to scare them away.

3. Tidying Up Your Garden

Always keep your garden clean and tidy. Seal off any holes in the garden’s fence and get rid of clutter and dirt.

If you live in a rat-infested area, it might be best to call professional pest control. 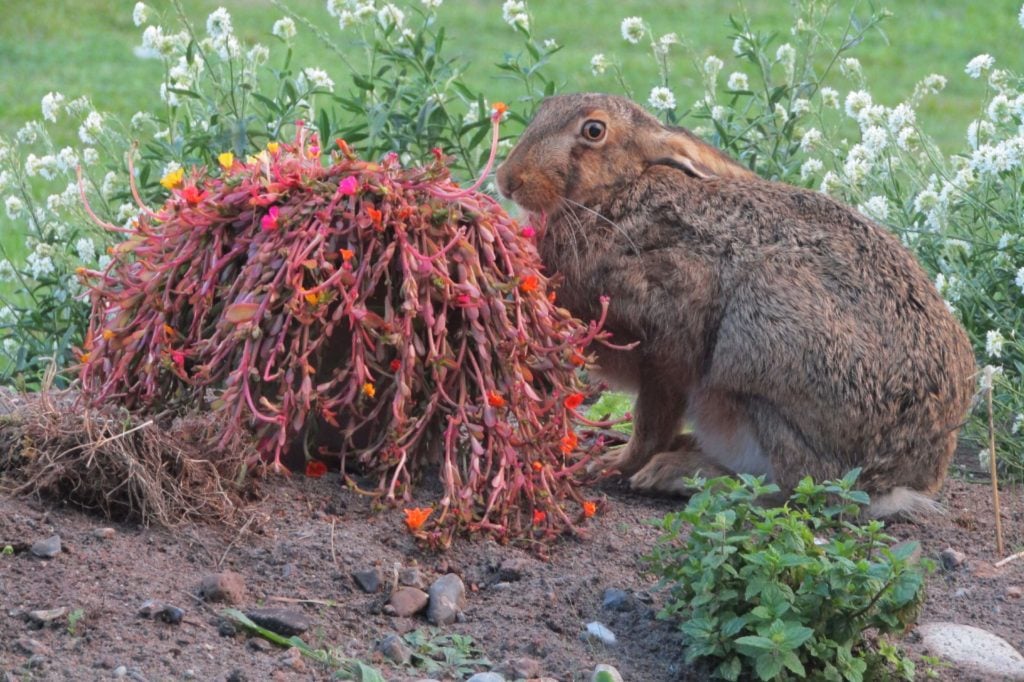 Groundhogs are also known as woodchucks. These herbivores love to eat various vegetables, including zucchini.

They will even feast on them when they are hard and unripe. Common signs that indicate their presence include:
● Deep burrow holes around your garden
● Paw prints with four clawed toes at the front and five at the back
● Teeth marks on the fruit and plants

Also Read:
How To Get Rid Of Weevils In Your Garden : 11 Simple Methods

How To Control Groundhogs?

To get rid of groundhogs, make use of the following methods.

Consult your local wildlife department to know if it is okay to trap and transfer them. You will need to set different traps about five to ten feet away from your garden.

Use the plant they have been feeding on as bait. After you’ve trapped them, release them in an area suggested by the extension office. If this is too stressful for you, you can hire someone to do it.

2. Deter Them With Strong Scents

Groundhogs are repelled by strong scents like cayenne pepper or castor oil. You can also plant lavender, peppermint, basil, thyme, or garlic around the plants they feed on to discourage them from coming in.

Sprinkle Epsom salt around the entrance of the burrow. It will keep them from coming out and destroying your plants. 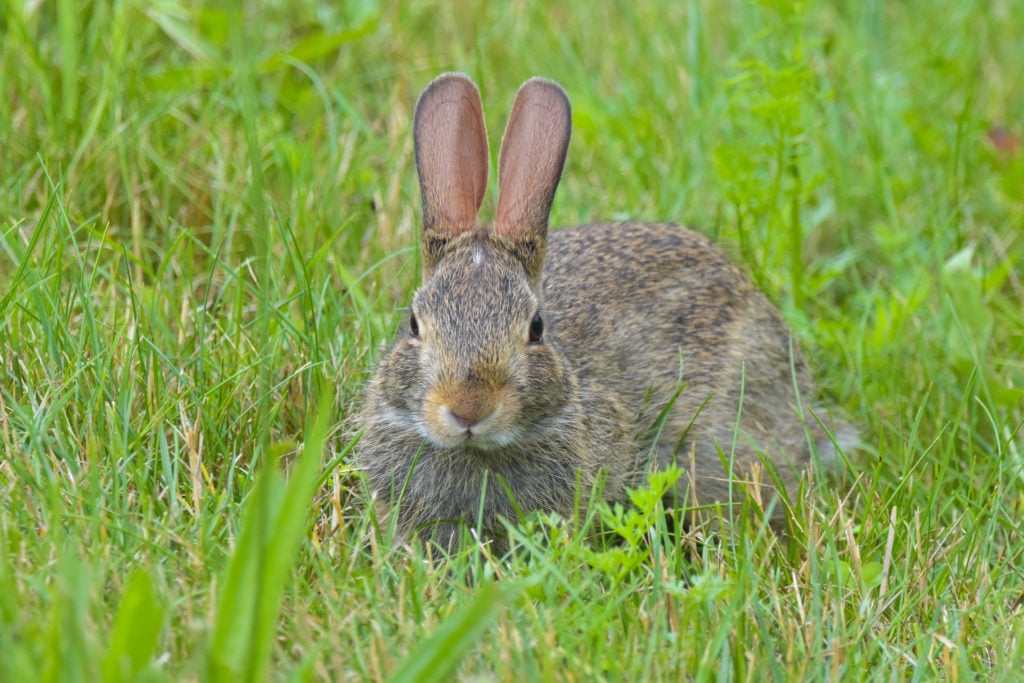 Zucchini is undoubtedly not a rabbit favorite like carrots. However, they will not shy away from feeding on it, especially if other food sources are scarce.

The biggest indication of a rabbit infestation is plant parts being eaten away— especially the roots and stems. Another sign is burrowing all over the garden.

How To Control Rabbits?

One of the most efficient ways to get rid of a rabbit is to take advantage of its nose.
● Rabbits love to sniff, and they detest a lot of smells such as onion, pepper, and Irish Spring soap. Use these smells around your plants.
● You can also sprinkle dried sulfur on your plants which will make them run away.
● Another solution is to grow plants they dislike, such as azalea, tulip tree, lamb’s ear, meadow rue, and boxwood. 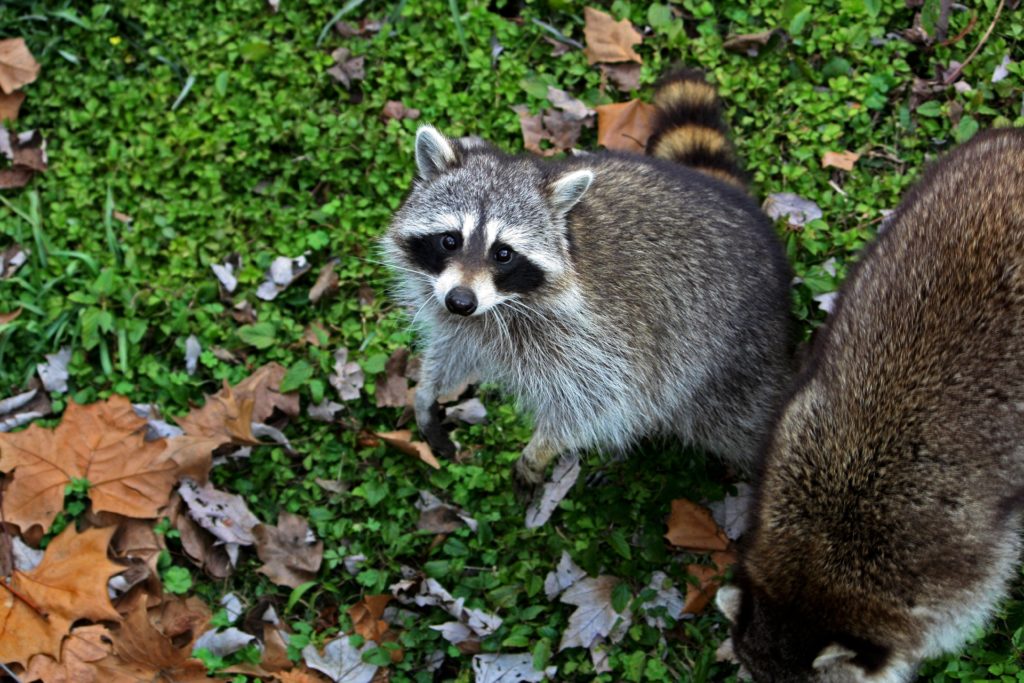 Raccoons are omnivores and will eat almost anything. Since zucchini plants are nutritious and mineral-rich with an alluring scent, raccoons will keep coming for more. Signs of their presence include:
● Scratch marks on trees and fences
● A five-toed paw track
● Dark tubular droppings like that of a dog
● Toppled over trash cans/bags
● Growl/shuffling noises

How To Get Rid of Raccoons?

Control methods are pretty similar to that for groundhogs. In addition, you can place cucumber slices or spray a mixture of onion and pepper around the areas they usually feed to repel them.

Insects can cause immense damage to your zucchini and prove challenging to eradicate. Usual signs include plants looking limp or having stunted growth.

Also Read:
How To Keep Tall Plants From Falling Over: 12 Easy Methods 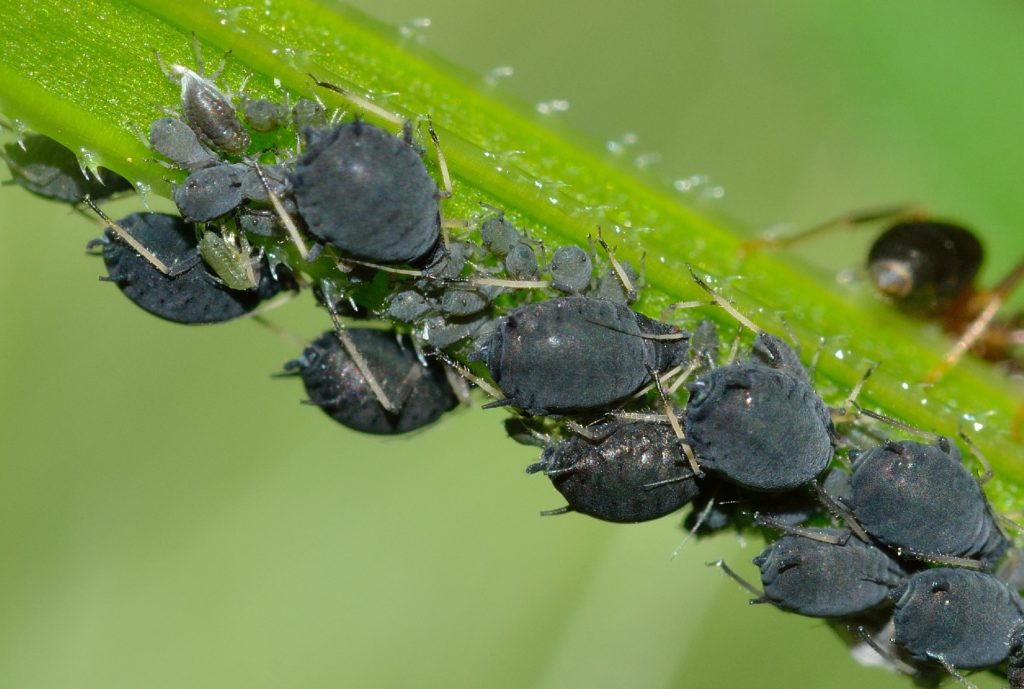 An aphid is a small, winged insect known to be a common pest to zucchinis. A clear sticky substance known as honeydew on the plant is a clear indicator of its presence. 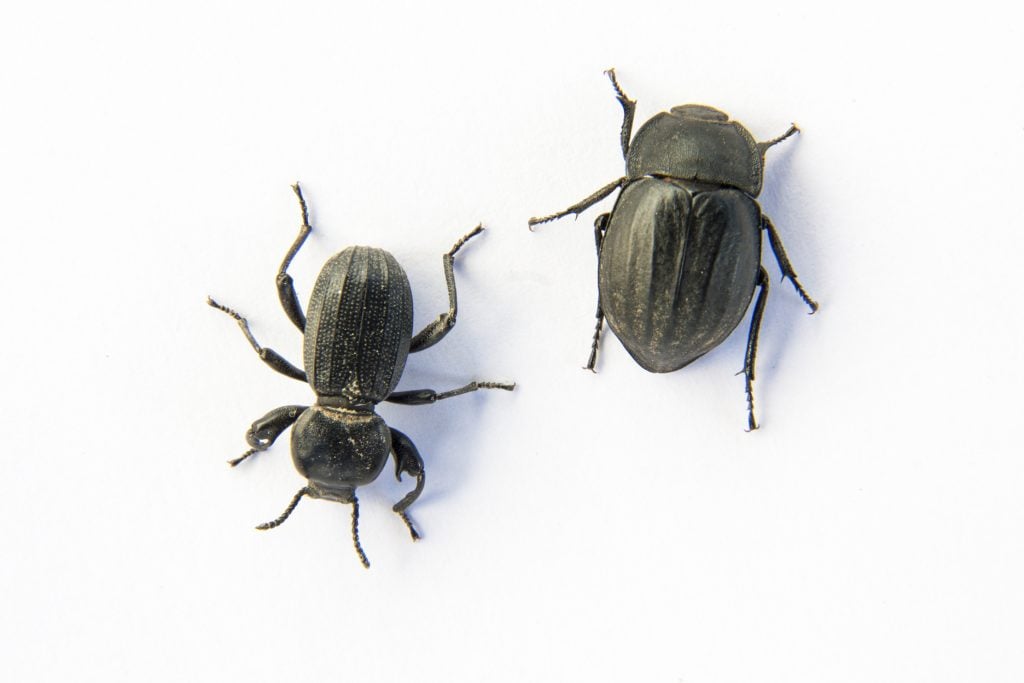 If you notice a fat-looking bug in your garden, it’s probably a squash bug. They mainly feed on the foliage of the plants.

A squash vine borer will make the zucchini plant droopy. The younger ones (caterpillars) may be harder to identify because they are good at hiding in the stem for weeks, up until they are adults.

Another sign is wilting leaves, dark spots around the stem, and black excrements. 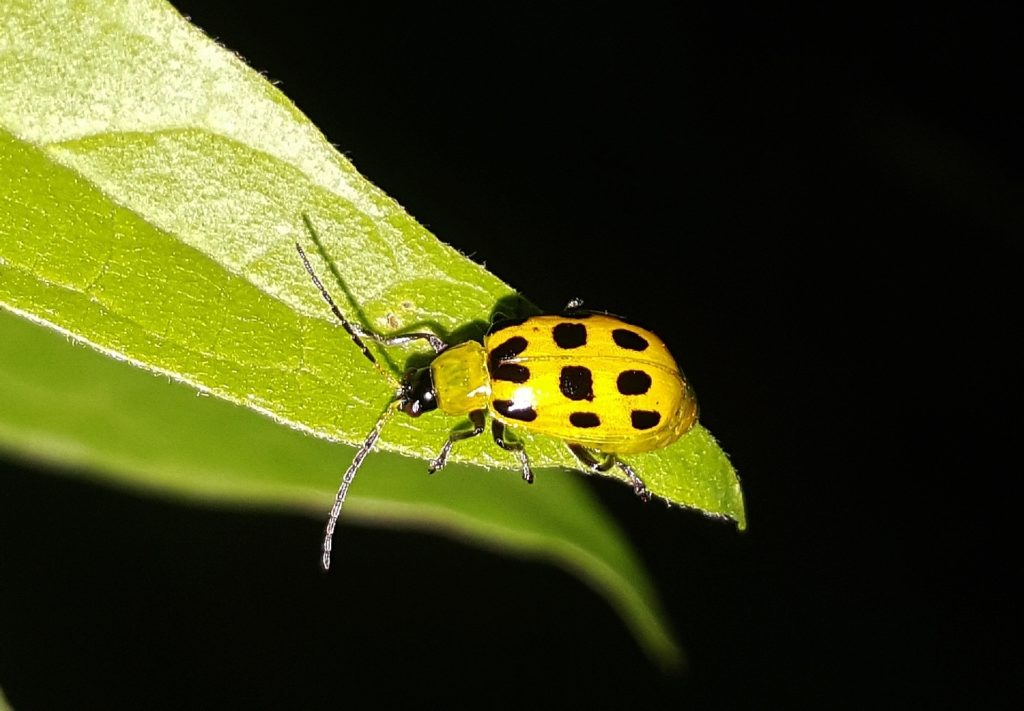 Cucumber beetles are tiny insects that are either striped or spotted.

The larvae of these insects feed on the roots and stems of vine crops like zucchini, cucumber, and watermelon.

Also Read:
Epsom Salt for Cucumbers: When And How To Apply?

This feeding process can stunt the growth of seedlings and destroy a field of transplants when their population is large.

Adult insects feed on the leaves, fruit, petals, and pollen of the zucchini plant and cause severe defoliation. It results in numerous blemishes on the fruits— thereby reducing their edibility.

They also transfer Erwinia tracheiphila, a bacteria that causes wilting while feeding. The presence of this bacteria could have fatal implications for your crops. 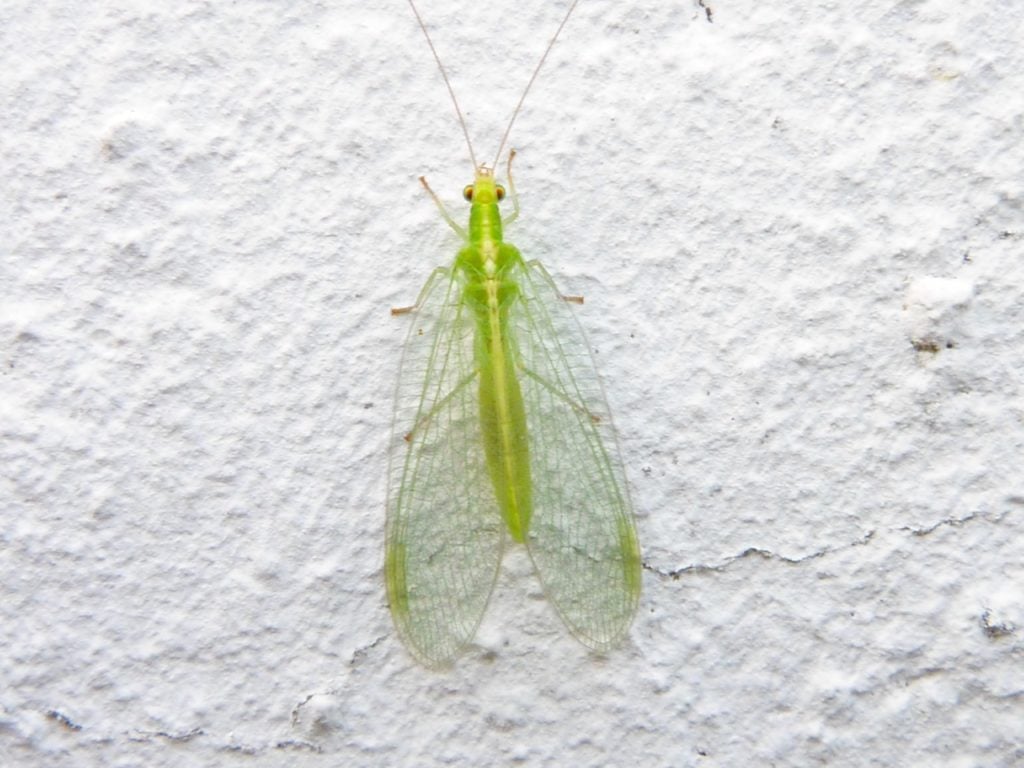 Thrips are tiny insects that are barely visible to the human eye. However, the damages they cause can be very extensive— especially during the adult and nymph stages.

Apart from eating your zucchini crops, they can also cause indirect damage by transmitting pathogens that destroy them and stunt their growth. Examples include the tomato spot virus, which causes wilting. 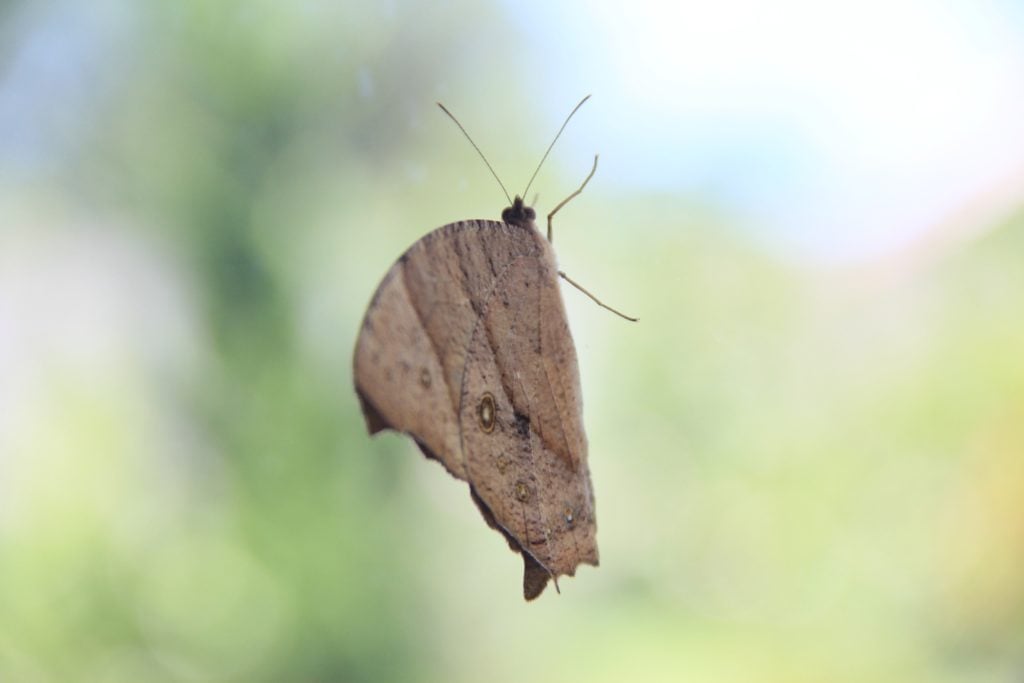 Cutworms are caterpillars that only come out at night to feed on zucchini foliage. The damage caused by them is always easy to identify because it appears as if the affected plants have been cut in half— hence the name, cutworms.

Also Read:
Plants That Can Grow Without Roots

Cutworms are active all season and present a year-long threat to your plants. Although the caterpillars are very small, in large numbers, they can decimate an entire garden of zucchini plants overnight.

How To Control Insect Populations In Your Zucchini Garden? 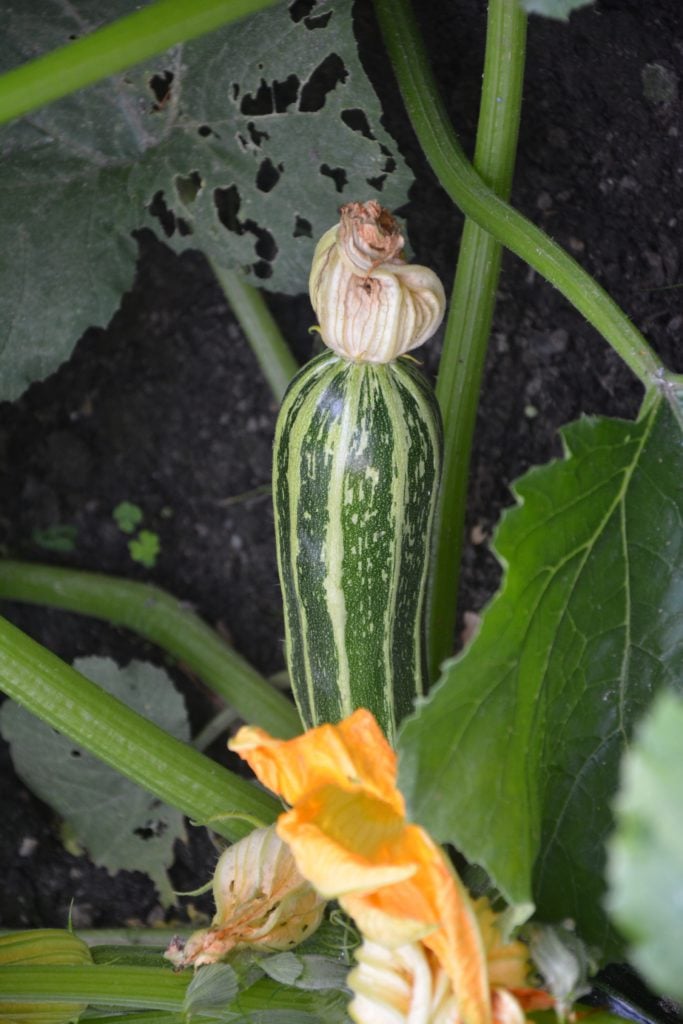 Some ways by which you can stop insects from eating your zucchini plant include:

● Periodically inspecting your plants for insects and their eggs and applying remedies.
● Using a natural spray made using garlic, onion, dish soap, water, and pepper.
● Using an insecticide that’s not harmful to the plant, living beings, or the environment.
● Sprinkling diatomaceous earth around the garden.
● Preparing an easy repellent made of water and eucalyptus oil.
● Using a simple to use fleece cover on the plant.

Combating animals that eat zucchinis from your garden isn’t a big task; however, deterring them in the first place is far, far better.

Using this guide, you can quickly identify which animals are eating away your plants and apply corresponding remedies.