It’s common knowledge that most domesticated plants are edible and safe for human consumption. But there’s also the other side of the coin. There are plants out there that feed on other organisms.

Does any plant come to mind? Because right now, I’m beginning to think about the Venus Fly Trap.

As the name suggests, it traps and consumes flies but is it edible? Your next line of thought could be—  since the Venus Fly Trap consumes insects, it must be poisonous.

But we just discovered the contrary.

Human beings could also eat these beautiful plants. Yeah, I know vegetarians must be tearing their hair out, but they shouldn’t.

In this article, we dig deeper into more facts about the Venus Fly Traps and also determine whether it’s a safe meal for your consumption. 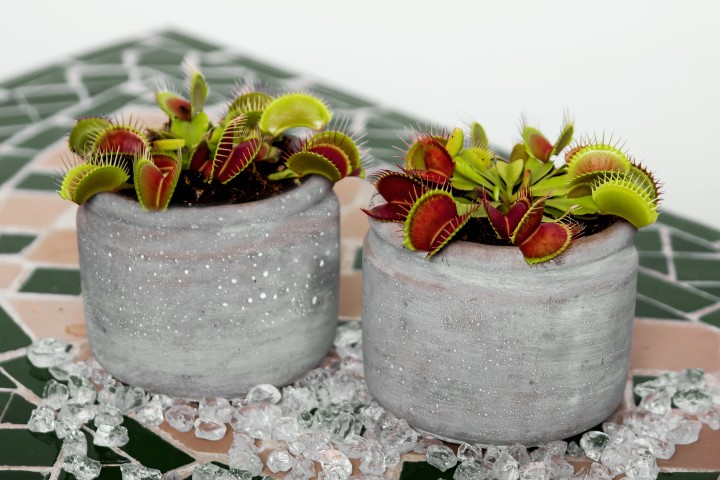 Any discussion on insectivorous plants consuming bugs and insects won’t be complete without mentioning the Venus Fly Trap. Darwin, the great geologist, recognized the Venus Fly Trap as “One of the most wonderful [plants] in the world.”

What caused Darwin to be so captivated by the plant? The answer lies in its main characteristic— the ability of its jaws to snap around an insect.

It’s a small plant with four to seven leaves on a stem. Each plant has about six stems.

The edges of the leaves have what plant scientists describe as “teeth.” These leaves form a trap when they snap into a concave shape.

The leaf blade of the venus fly trap has two regions; one is heart-shaped and carries out photosynthesis, while the other is a terminal lobe hinged at the middle, which forms a trap. This is the actual leaf.

The terminal lobes’ inner surface contains a red pigment with edges that secrete mucilage. These inner surfaces have what we call stiff hairs.

If an insect crosses over these hairs, they trigger calcium ions that ultimately lead to the hinge shutting and trapping the insect. At this stage, the insect is trapped but not lifeless yet.

As expected, the insect will struggle to get out of the trap. The continuous struggle keeps knocking the trigger hairs further, which send out electrical impulses once per minute.

When the hairs release triple impulses, the calcium ion levels are raised, causing a release of the hormone jasmonate. Jasmonate signals the gland cells in the venus fly trap to release digestive enzymes.

Also Read:
How To Hang Plants From Ceiling Without Drilling

After a few days of digesting the insect, the Venus flytrap will open up its lobes again to get the next meal. We know we are yet to answer if the venus fly trap could be harmful to humans or not. 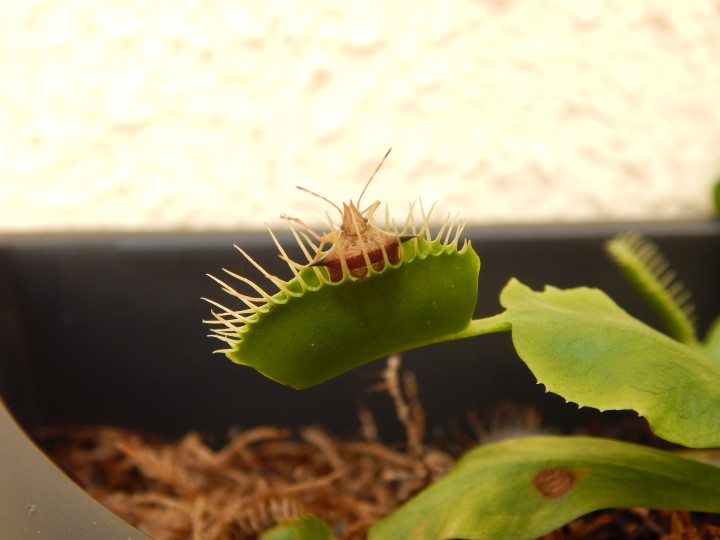 Well, the fact is, they don’t bite even if you insert your finger inside the hinged leaves (don’t yell at me if you try, and they do). The Venus flytrap can only snap shut and produce digestive juices when it’s sure it has caught something tangible and worth a meal.

It can determine whether the trigger is caused by a false object or an actual meal; it should be able to close when a couple of stiff hairs are touched within the first 20 seconds of the first alarm.

And that can’t be your finger. On the contrary, you could do more damage to the plant than your finger.

Unfortunately for you, tasting these wonderful plants will be a tall order as they are rarely found around. They mainly inhabit the wild areas in specific locations. You will be lucky to encounter these plants since they are so scarce.

Also Read:
How To Get Rid Of Weevils In Your Garden : 11 Simple Methods

They are a native of South and North Carolina in the United States, and you will find them growing in only two regions, namely the sandhills and the coastal plain.

Soils in their natural habitats are nutrient deficient though they benefit mainly from enough sunlight and humidity in their environment.

Despite the nutrient-deficient soils they grow in, the Venus flytrap can survive because of its trapping mechanism. Though not necessarily guaranteeing survival, this ability fulfills its tertiary nutritional needs.

Please be aware that Venus Flytraps are an endangered species, and your intention to turn them into a meal could be a legal issue.

Venus Fly Traps reproduce through seeds when their flowers become pollinated. Their seeds mature in 5 – 6 weeks, morphing into a black pear shape.

Birds, wind, and other agents transport these seeds into new areas, making them inhabit newer regions. Another interesting fact about the venus flytrap is that they can reproduce by vegetative reproduction.

Their roots extend deep in the soil and form bulb roots. You could get another fly trap from this bulb.

TLDR: Venus Fly Traps are safe to eat. They do not possess any health risk, nor are they poisonous in any way. However, the undigested remains of insects or reptiles inside their jaws could prove toxic if consumed.

As you may be aware, most carnivorous plant species are rare and endangered. They grow in soils lacking nutrients and depend on trapping and feeding on insects to supplement their nutrient needs.

In the case of Venus flytraps, many factors have affected or interfered with their natural habitats. This includes urbanization, deforestation, and environmental changes.

Such challenges may make the consumption of the plant difficult; however, if your worry is more from a health point of view, there is no need to cast aspersions. They are safe to eat. However, any remains of consumed insects or reptiles inside their jaws can be toxic.

Fortunately, there are enough other beneficial plants to eat out there, so we recommend looking elsewhere.

Gardeners can plant seeds of the venus fly trap both indoors and outdoors. The best season to grow them is around spring, when they start proliferating, ending with a subsequent dormant phase.

Growing the venus fly traps calls for lots of patience. It takes 3-4 years to develop a new plant from seed to full maturity.

You can quicken their growth rate by ensuring optimum conditions. 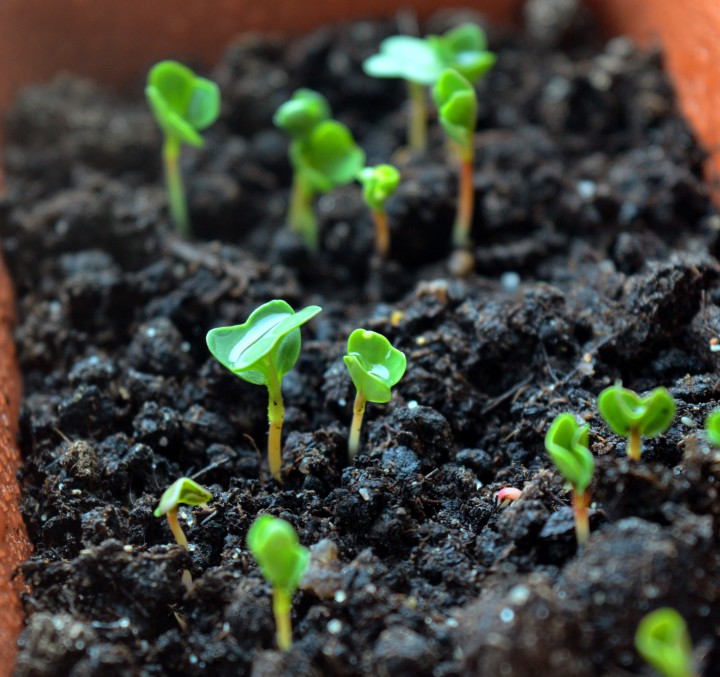 If you intend to establish your venus fly traps through seed germination, there are a few factors you should put into consideration: germination time and the seed age.

You want to grow your seeds before they become older. The probability of venus fly traps producing seedlings lowers with age.

Some conditions to put in place for successful seed germination of your flytrap are:

A well-draining container with drainage holes. This helps prevent your roots from rotting.

The pot should be tall to accommodate the long taproots of the Venus flytrap.

Depending on your preference, you can pot them individually in small or large pots as bundles.

You want to be keen on the material your pot is made of. Avoid clay, terracotta, and ceramic materials— they leach minerals to the ground.

Another container you want to avoid using is the terrarium. They are harmful to venus fly traps since they block sunlight, restrict air movement, cause rotting issues and prevent the flytrap from capturing bugs.

Terrariums help with humidity, but you can achieve this through misting. 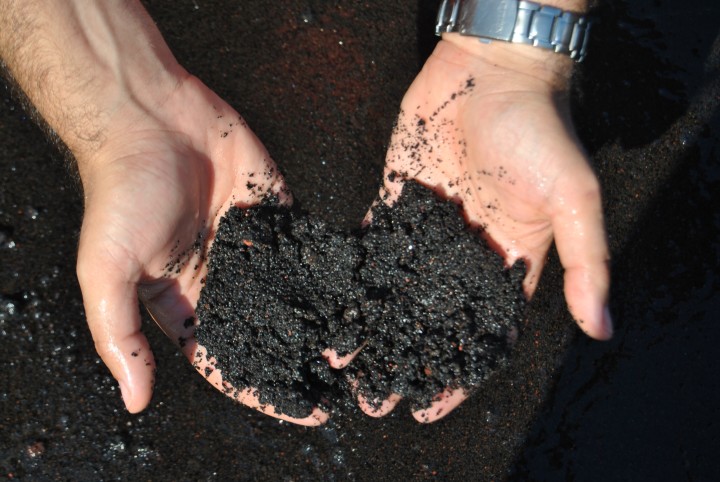 Plant your seeds in carnivorous plant soil. Source the soil type from retail stores that sell these plants.

You can also find resources online on preparing the soil. Ideally, the potting media must be free of fertilizer.

Please don’t bother about fertilizers since they rely on lighting and feeding for their fast growth.

Only use pure water sources to water the soil. Ideally, this should be distilled water, reverse osmosis water, or rainwater.

Tap or bottled water has too many minerals that could affect your precious plant.

Watering should only be enough to wet the soil but not flood it. You can check this with your finger.

The soil must neither be too dry nor overwatered.

Other Things To Lookout

If growing indoors, you may want to supplement lighting with fluorescent lights of 6500K colors or LED.

Gardeners can also propagate venus fly traps through leaf cuttings. This entails producing a clone by extracting a leaf from the parent plant.

For an effective result, get the plant part during the active growing stage and not during dormancy. Below is a quick step-by-step guide.

The seedlings should start growing from the leaf pullings in 1-3 months. Afterward, await maturity in 2-3 months.

During active growth, what you want to avoid is causing unwanted stress to the plant. You may be unknowingly doing this by triggering the plant to snap unnecessarily.

The leaves of the Venus flytrap are only supposed to close during feeding time. Regular touching of the plant weakens its leaves, eventually leading to leaf loss.

If planting them indoors, place them in a still place with no movements in the environment.

If on a window sill, the curtains should be away from the plant to avoid causing unwanted triggers by passing through the leaves. Also, place them in areas with no kids or pets.

Dormancy is vital for venus fly traps. They start dying if they skip being dormant for several years.

You can introduce dormancy by exposing the plants to a lower temperature range of 7-10 degrees celsius. Ideally, they should remain dormant for at least three months.

If you live in an area where lower temperatures are not the norm, consider using a refrigerator.

The Venus flytrap is one of the most amazing wonders of nature, thanks to its ability to consume insects by trapping and digesting them.

It’s an endangered species and must be protected from the ill effects of humans on its natural habitat.

If you have doubts about whether the plant is edible, you can put them to rest.