There are several indoor plants you could grow in your patio or house to freshen up the environment. However, today we want to narrow down to two popular ones— Dieffenbachia and Chinese Evergreen.

The two plants have pretty similar attributes that keep gardeners mixed up on their true identities.

We thought it wise to dig deeper into the similarities and differences between the two for easy identification. Let’s jump straight in to help demystify the complexity.

How Do You Identify A Dieffenbachia? 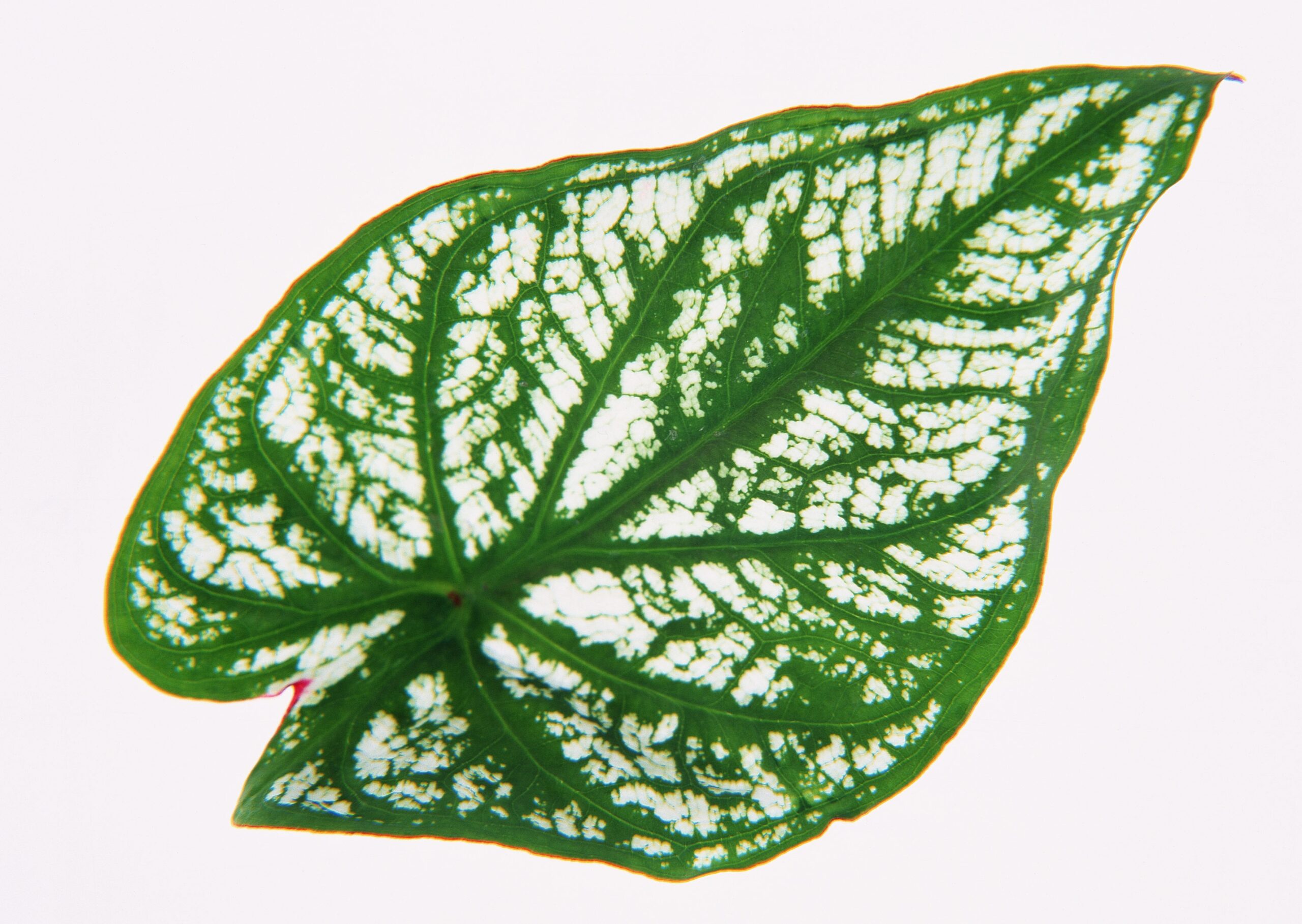 Dieffenbachia also goes by the name Dumbcane and greatly resembles the Chinese Evergreen. The plant is part of the genus of tropical flowering perennials with several species that suit the indoor environment.

The plant is a native of Mexico, the West Indies, and Argentina, typically referred to as the New World Tropics.

Dieffenbachia is characterized by lush and beautiful foliage. Individual leaves are thick and glossy and can grow beyond a foot long.

A well-grown Dieffenbachia grows up to 10 feet; however, this outdoor height is hardly realized indoors. The indoor height typically ranges between 3 to 5 feet. 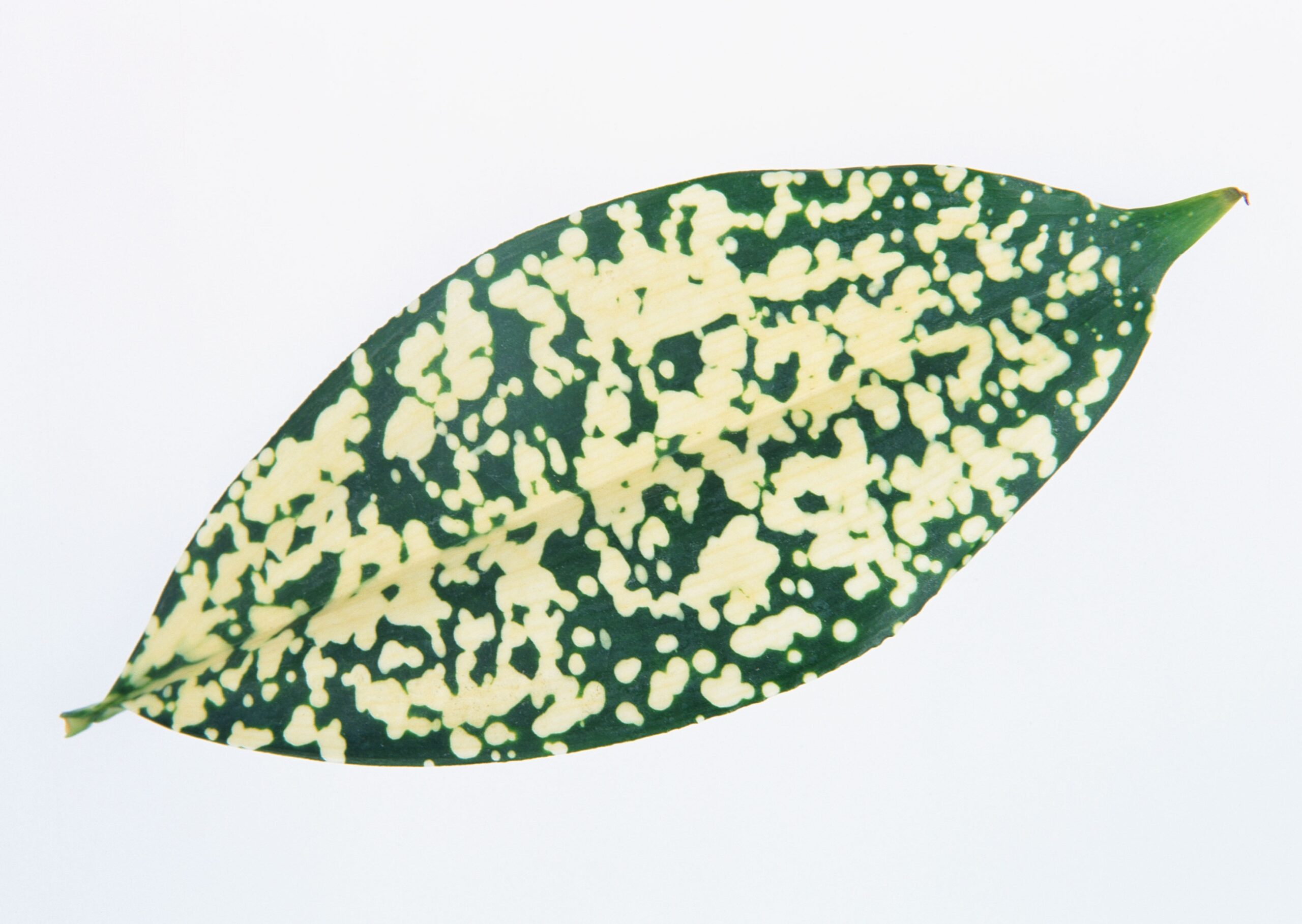 The Dieffenbachia leaves will eventually fall off with continuous growth, leaving a dark green bamboo-like stem. 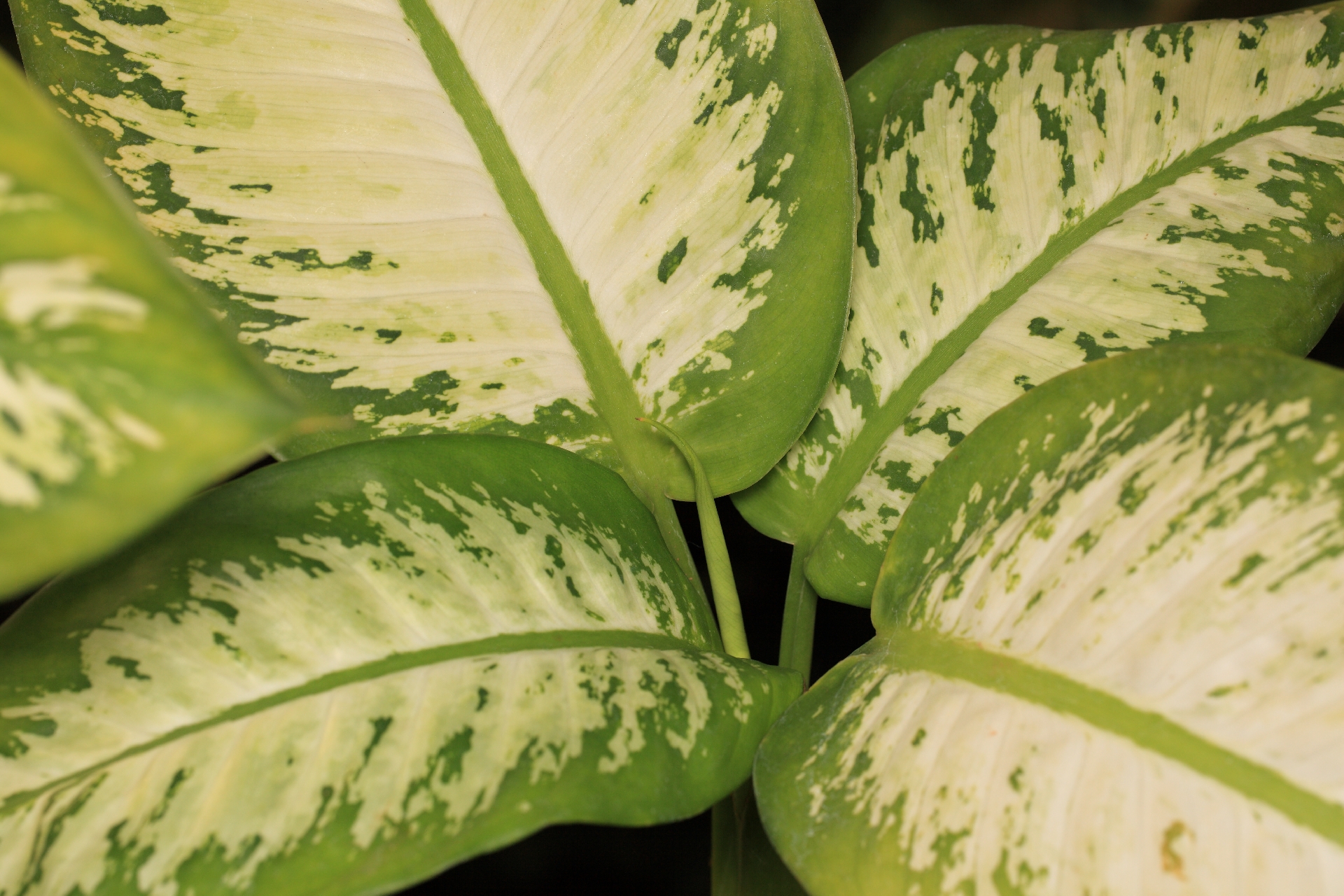 For starters, Dieffenbachia is best propagated through cuttings under sufficient sunlight. You want to position the plant in a location with bright but indirect sunlight.

This helps with leaf formation and prevents scorching. You should use a common potting medium mixed with peat moss to help retain moisture.

Dieffenbachia thrives best in moist, well-draining soil. Take care not to expose your plant to excess water by ensuring proper drainage through holes under the pot. 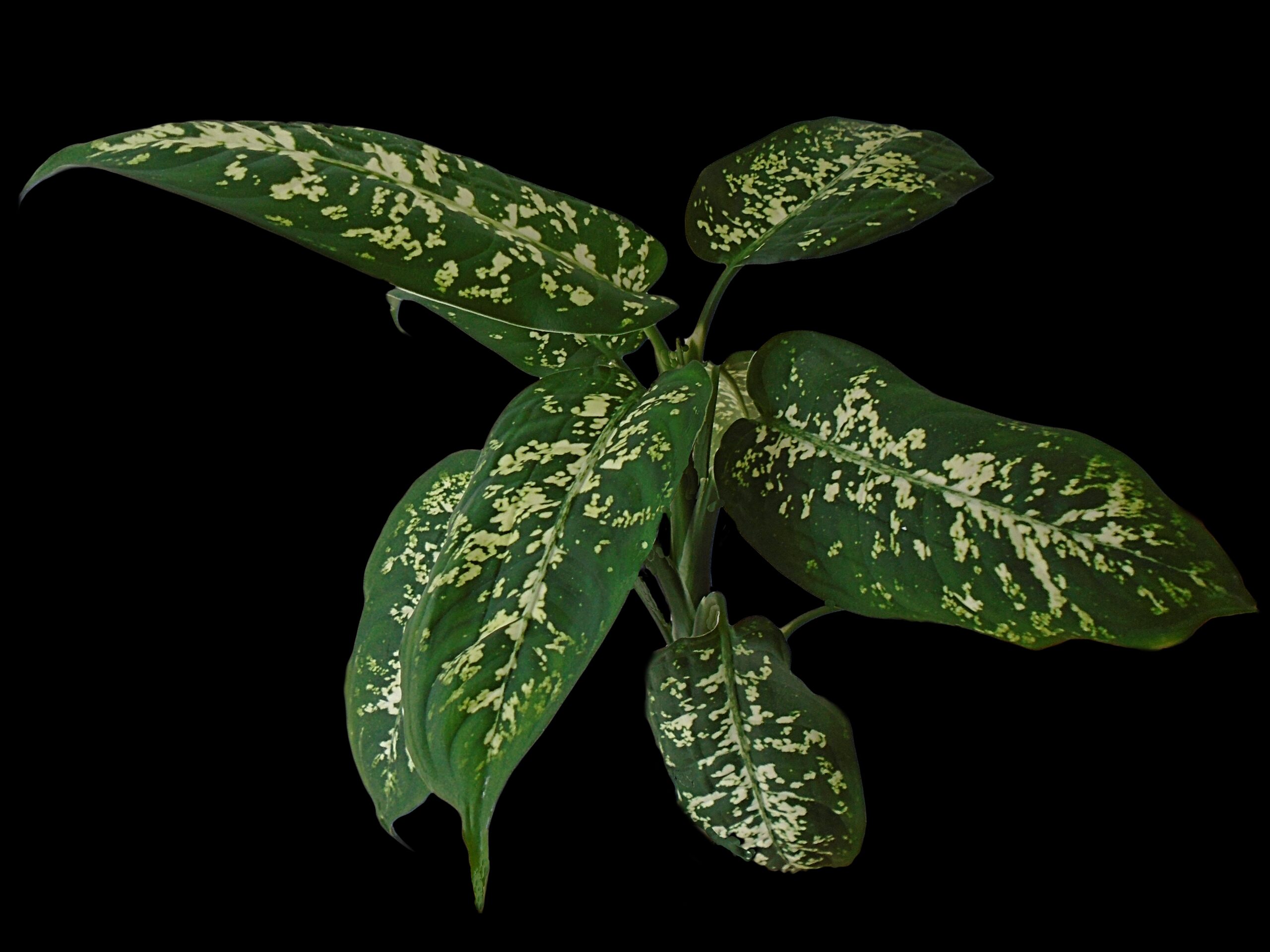 Another growing condition you want to be wary about is humidity. If your house isn’t humid enough, you could put your potted plant atop a saucer with wet pebbles to increase the humidity levels. You can also invest in a humidifier if possible.

Also Read:
Can I Eat Tomatoes That Animals Have Bitten?

How Do You Identify A Chinese Evergreen?

Chinese Evergreen, also known as Aglaonema, is another tropical perennial houseplant with several cultivars. The plant is native to the tropics and sub-tropics of Asian jungles. 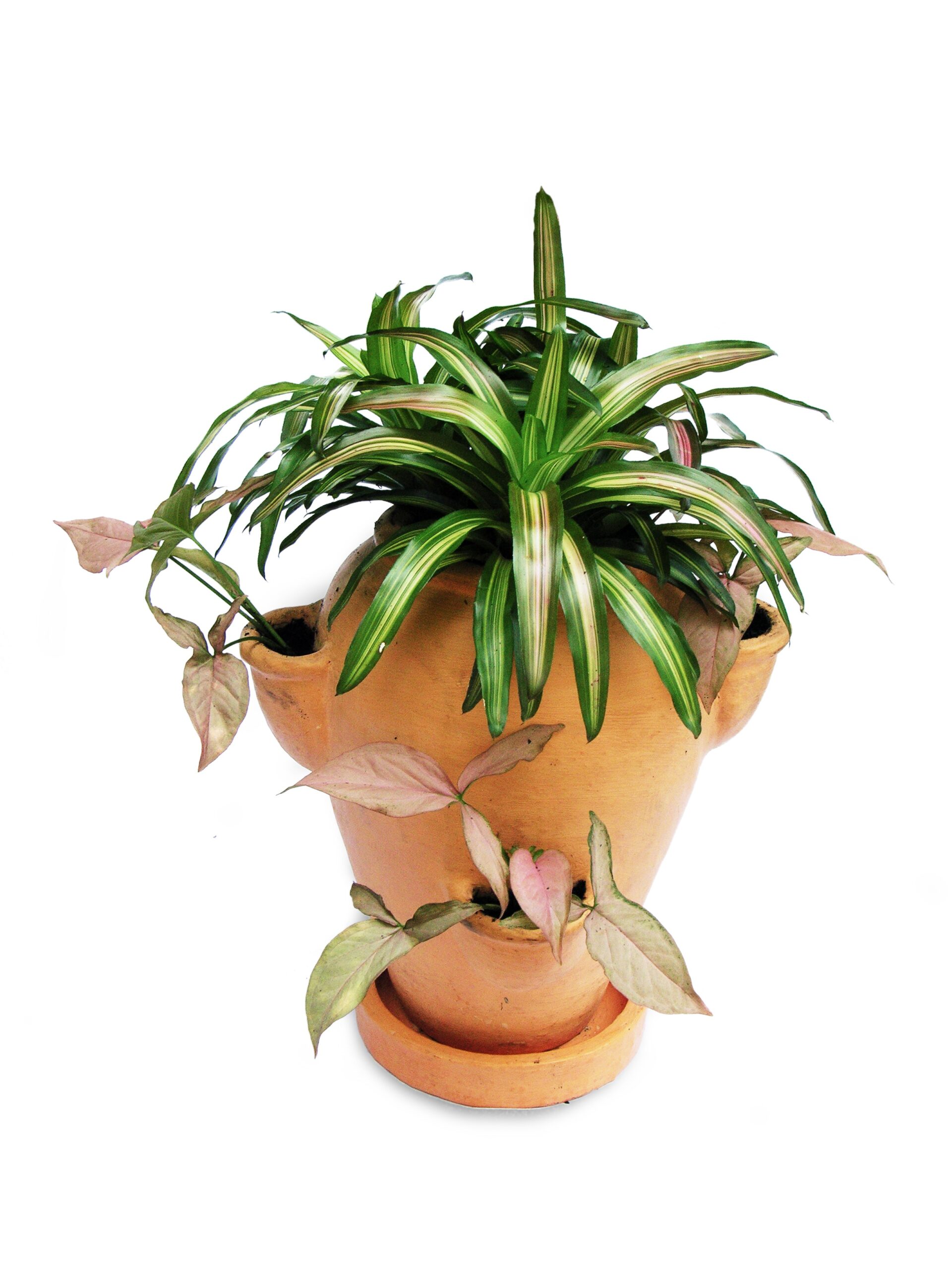 Chinese Evergreen is 3 feet in height when mature and generally grows at a slow pace. Its oval leaves are large, narrow, and glossy, forming on short stems.

The plant typically blooms in spring or early summer. Chinese Evergreen leaves can be multi-patterned, speckled, mottled, or plain and grow up to 30cm long and 5-8cm wide.

You’ll find shades of white, green, pink, or red among the multi-patterned leaves.

The silver queen multi-patterned Chinese Evergreen is the most sought after due to its silver color with small green patches.

When fully mature, Chinese Evergreen loses the lower leaves— making the plant look like a Yucca or Dracaena.

Chinese Evergreen is relatively easy-to-grow and care for. Propagate the plant by root division, ensuring it has few stalks and leaves attached. 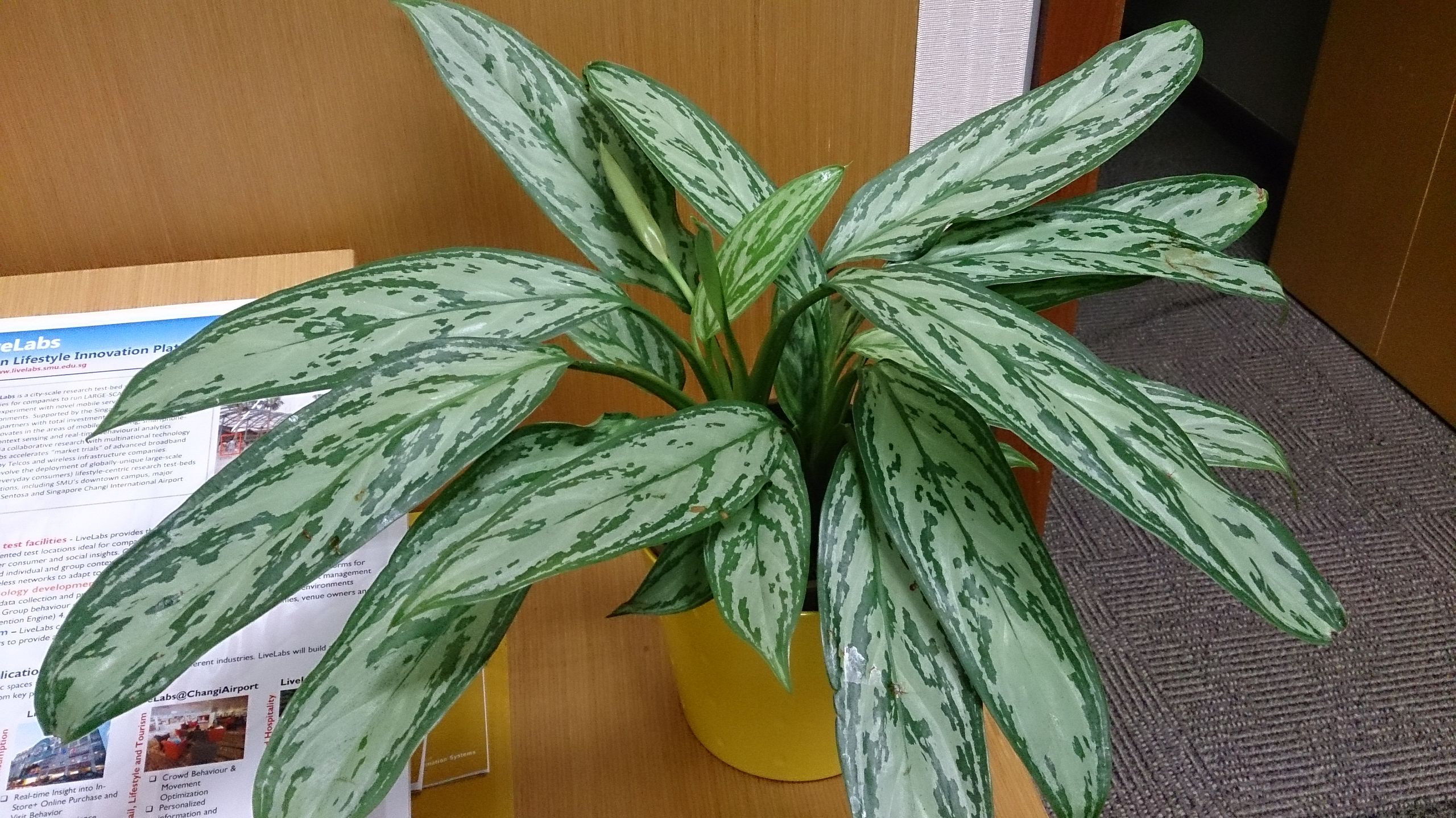 The plant grows well in bright spots but can tolerate low or fluorescent light environments. It’s a slow-growing plant that starts small.

The slow-growing nature makes it a perfect fit for desks or table tops. However, it eventually matures and takes up a much bigger space.

If you’re growing a Chinese Evergreen with multiple color variations, note that it will require more light to retain the markings.

A simple trick you can employ to help the plant flourish is cutting off the flowers that compete with foliage for growth.

Chinese Evergreens love nutrient-rich soil that retains moisture for their growth. You want a potting mixture that retains enough moisture and allows excess water to drain.

The plant has no fuss about the humidity levels. However, if the leaves turn brown— that’s a sign of low humidity. 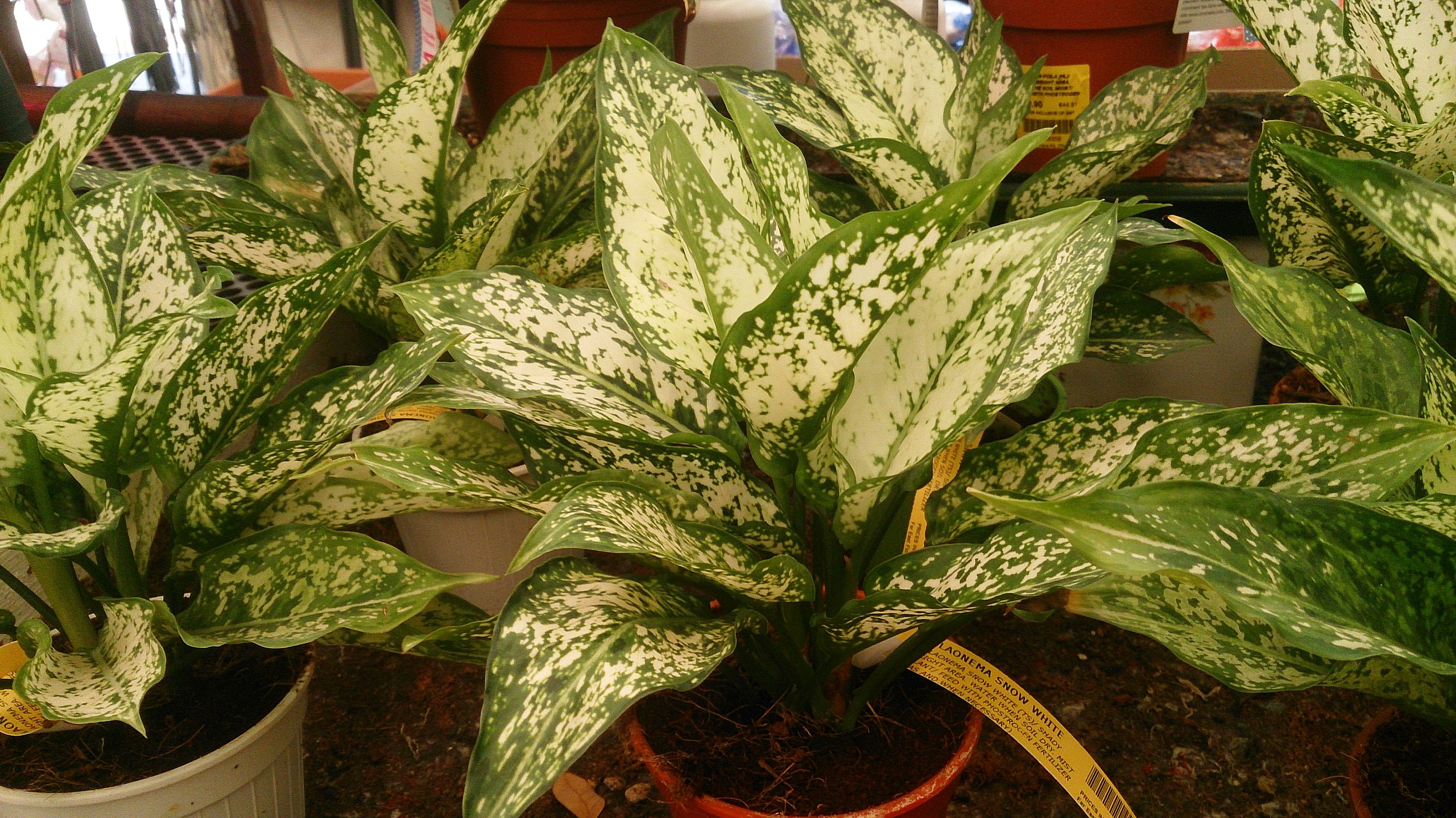 The Similarities And Differences Between Dieffenbachia And Chinese Evergreen

This section will cover the similarities and differences between Dieffenbachia and Chinese Evergreen to help you differentiate one plant from the other. Whether you’re a novice or a seasoned gardener, it’s no secret that identifying the two plants can be confusing.

Breeders have bred new cultivars of Chinese Evergreen to make the plants look different from each other, but these have borne fewer fruits, with each new cultivar resembling the old plant.

Is Dieffenbachia A Chinese Evergreen?

Dieffenbachia is not a Chinese Evergreen or Aglaonema. However, both plants belong to the family Araceae. A distinct similarity between the two plants is their tropical nativity and the ability to grow indoors with colorful foliage.

Classically, the two plants have color variegation in their leaves. The leaf edges are usually darker but brighten towards the center.

The common analogy to spark your imagination is a white paint bucket pouring through the middle of the leaves. However, the Chinese Evergreen is more associated with a silver-gray coloration infused with shades of green than Dieffenbachia.

That said, some varieties of Dieffenbachia suit this color, like the Panther and Tropical Tiki. Another characteristic color of Chinese Evergreen is a pink coloration or tint.

On the flip side, Dieffenbachias appear brighter with lime green or yellow tints.

Another distinguishing variable between the two plants is their veins, typically branching out from the center of each leaf to the edge.

Dieffenbachia leaves have more distinct veins than those of Chinese Evergreen. The former has an average of 20-30 veins compared to 5-8 in the latter.

It’s pretty challenging spotting the veins because some can be really microscopic.

Dieffenbachia leaves appear large and are oval-shaped, while Chinese Evergreen leaves are smaller and more elongated.

Another noticeable difference between the two plants is their growth threshold. Checking their heights is one easily distinguishable characteristic.

However, this is a trait that requires you to wait for the two plants to grow to their full height.

Chinese Evergreen grows fast but to a short height (2 feet). It appears bushy and stunted.

Also Read:
What Not To Plant With Peppers: Worst Companion Plants

On the other hand, Dieffenbachia grows taller— 4 feet or more, with a hard cane and branches that give it a tree-like appearance.

Dieffenbachias are also longer in length and breadth. However, there are exceptions to this distinction that vary by species. For instance, the Dieffenbachia compacta only grows to 2 feet, while some Chinese Evergreen varieties such as the BJ Freeman grow to 4 feet.

Dieffenbachia and Chinese Evergreen have potentially harmful characteristics that can’t be ignored. However, the degree of harm varies between the two plants.

Dieffenbachias are more harmful than Chinese Evergreen. The former releases a toxic chemical (Calcium Oxalate) that could lead to health issues in humans or pets when ingested.

Chinese Evergreen is mildly toxic and less harmful than Dieffenbachia. However, it could also have some side effects if ingested.

Also Read:
Can You Grow Spinach Indoors And What All Is Required?

Dieffenbachia and Chinese Evergreen are look-alikes that are typically confusing and challenging to differentiate.

However, with the tips shared above, you should be able to know them for what they are. If all else fails, wait for the two plants to mature and check their heights.

It is also pretty easy to know which plants you want to grow from a safety point of view. If you have kids and pets, we advise growing the Chinese Evergreen, which is less toxic than Dieffenbachia. Happy gardening!