Blowflies are known for their annoying buzzing sound, making it hard to concentrate on anything. Their most preferred breeding grounds are gardens littered with decomposing matter and compost.

They later make their way into the house, becoming a nuisance. What’s worse is they multiply quickly and can pose a threat to your health.

In this article, we’ll outline easy steps to get rid of blowflies from your garden and how to control their population. 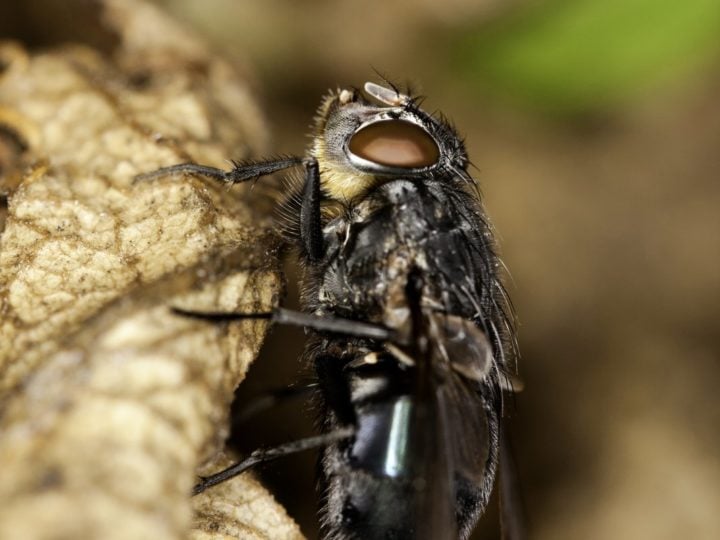 Blowflies (Calliphoridae) are pests closely resembling a common housefly but with a louder buzz. They also have larger bodies and heads with a metallic appearance (usually blue, green, or black).

Also Read:
How To Stop Raccoons From Pooping On My Deck

Another difference is that you generally see houseflies everywhere, perching on anything, but you only see blowflies around things humans will not eat (feces, garbage, rotting matter).

The female lays eggs (about 200-300) on dead animals or wounded ones. The larvae will develop within a day or less and have a maggot’s appearance.

To survive, they will feed on the carcass, which will eventually get bloated (hence the reason they are called blowflies).

In about three weeks, these insects undergo a full metamorphosis into larvae, pupae, and adults. An adult blowfly can live up to a month.

Usually, blowflies are relatively easy to spot. One obvious sign is the buzzing sound they make, and they typically gather in a particular place or spot.

On the other hand, the larvae are harder to fish out because they are hidden in carcasses, feces, or wounds. They will begin the pupating process as time progresses, making them more visible.

Also Read:
How To Block Wind On Patio: 21 Amazing Ideas

Blowflies are active throughout the year but are commonly seen during summertime. It is important to be very cautious during this time and to keep an eye out for them.

Where Are They Found?

Different species of blowflies are found all over the world. For example, Australia has over 140 species.

These flies will be attracted to anything that smells unpleasant. The biggest problem is they breed very fast— becoming difficult to control.

Reasons Why Blow Flies Are In Your House

There are numerous reasons why blowflies infest houses. Some of them include: 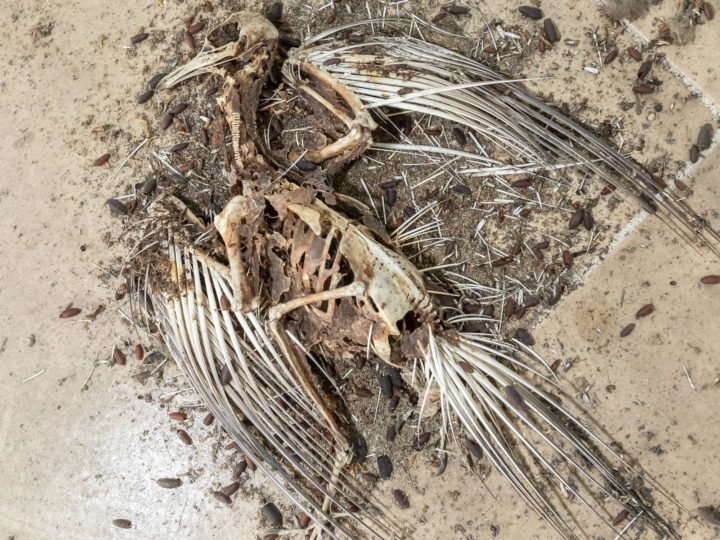 Rotting things like meat, vegetables, dead animals, or compost piles in your garden will attract blowflies.

If you spot the flies around a particular place, there’s a very high chance it is for this reason— make sure you scrutinize the area.

Also Read:
How To Get Rid Of Frogs In The Most Humane Manner?

Blowflies are relatively small insects— they can sneak through any cracks or openings in the walls or the windows.

Blowflies are particularly attracted to animal feces. If you have pets around, be extra circumspect on where they poop.

Also, blowflies love to perch on open wounds, especially the females who see it as a suitable environment to breed. 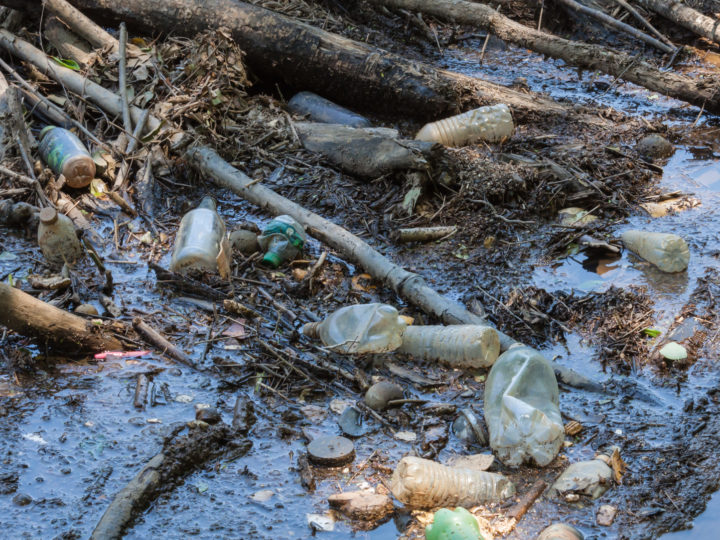 Poor sanitation is another factor that will pull blowflies to a certain area. Dirty and smelly places can serve as a feasting spot where they breed and increase their population.

At first glance, these tiny pests may not seem like too much of a threat. They don’t bite, nor do they sting.

However, they are very dangerous to your overall health because of the pathogens they carry. These pathogens can cause cholera, diarrhea, and other severe health problems.

How To Get Rid Of Blowflies?

The first step in getting rid of blowflies is identifying where they are coming from and why. Since they only breed where something is rotting or dirty, it is important to keep the surroundings clean.

Also Read:
How To Get Rid Of Mockingbirds In Your Backyard?

● Dispose of any dead and decaying matter lying around your garden— anything from fallen leaves, fruits, vegetables, twigs, and animal carcasses.
● Keep wounds on pets covered at all times.
● Patch any holes in the walls around your house.
● Keep the trash bin tightly closed and dispose of the garbage regularly.

Use the below-mentioned methods in case of severe infestation.

This is an efficient way to get rid of blowflies, especially if they are indoors and in small numbers.

There are so many insecticides to choose from at the store (some may be meant for outdoor use alone, so be sure to check the instructions before using).

All you need to do is apply it to the area where they are staying and watch it get rid of them. 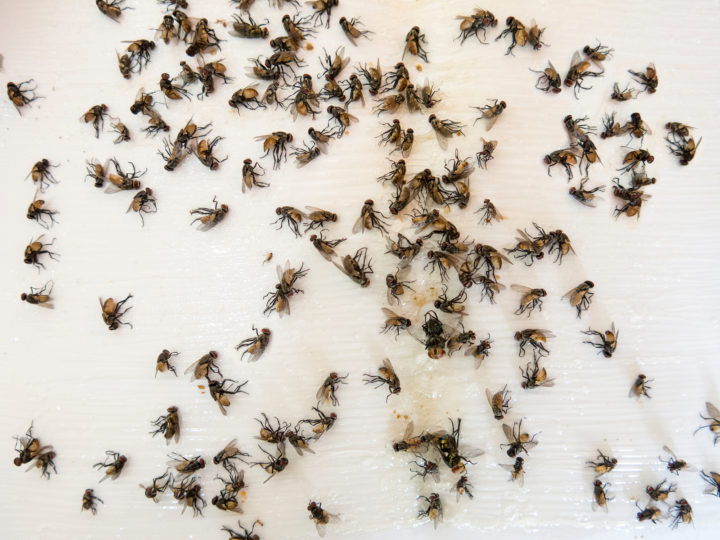 Flytraps can be made from scratch or purchased. There are two main kinds— electric and glue fly traps.

Also Read:
How To Grow Grass On Concrete

Electric flytraps are designed for the outdoors. They can be placed around gutters, porches, and garages.

Blowflies get attracted to the light coming off from it and get electrocuted.

Glue flytraps are meant to be used indoors. They are pieces of paper with an attractive sticky material and can be placed on any surface.

The flies are unable to escape when they land on them. It is a very effective method of trapping a large population at once. 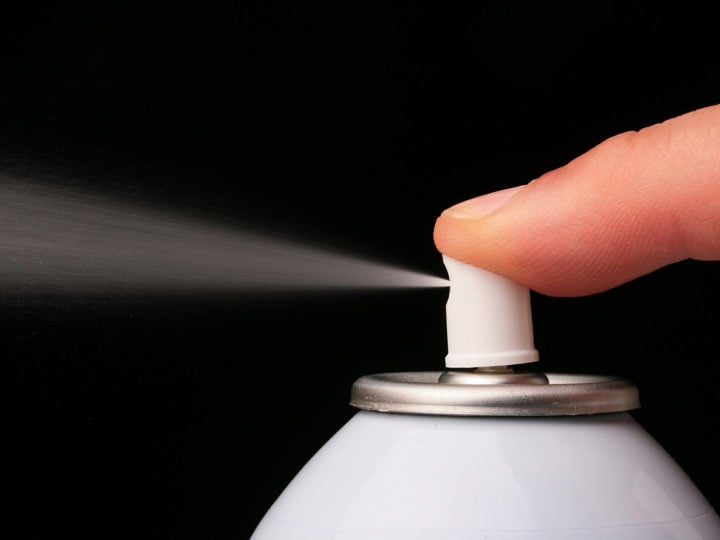 Aerosols are also pretty effective in getting rid of blowflies in your home. All you need to do is spray them around and watch the flies perish one by one.

Compared to general insecticides, aerosols are more effective because of their potency— a reasonably small dose can spread quickly and take out several insects at once.

Remember to read the instructions on the product and keep your house well ventilated after you’ve sprayed it.

Also Read:
How To Get Rid Of Tadpoles In Pool: 9 Effective Methods 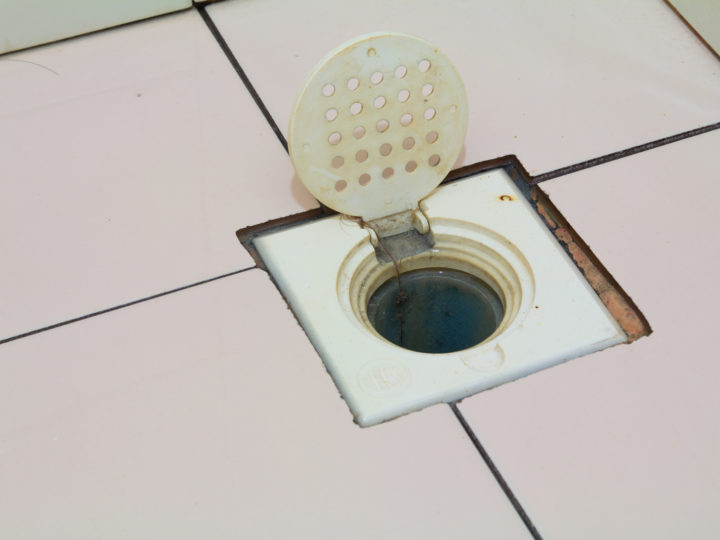 If you didn’t know, blowfly maggots can crawl up sewer lines and enter your house via drains.

To prevent this eventuality, clean and maintain your drains regularly— especially the ones in your kitchen and bathroom.

We do not advise flushing them with insecticides, bleach, or other corrosive materials. They are likely to damage the pipes and seals of your drainage system.

Moreover, in most jurisdictions, it is illegal to pour insecticides down the drain.

If all else fails, hiring a professional could be your only option, especially if you live in an area native to them.

Keeping your home and garden clean and sanitized is one of the most important steps in preventing a blowfly infestation.

The other is taking action prompt action when you see them around. It is relatively easy to get rid of blowflies when they are small in numbers.

Also Read:
How To Get Rid Of Maggots In Garage