Maintaining a fish tank requires cycling water after regular intervals. However, have you noticed that the ammonia levels spike immediately after a partial water change? It doesn’t happen randomly, and there is a science behind it.

The main reason why ammonia levels remain high after a water change is a reduction in the population of nitrifying bacteria. These bacteria turn ammonia into nitrites and nitrates and help lower it’s concentration in the tank.

However, apart from the reason above, there could be multiple other reasons for the ammonia spike. Read on to know more.

Also Read:
Why Are My Fish Turning White?

The first indication that your aquarium has unusually high ammonia levels is the visible distress in your fish. They might swim sluggishly or gasp for air at the surface.

The other symptoms include a loss of appetite and inflamed gills that appear red. The fish might hover at the bottom of the tank, appearing lethargic.

Immediately test your aquarium water with a test kit if you notice the symptoms above.

After confirming the ammonia spike, your next step is to determine what is causing it. There could be multiple reasons.

1. Your Fish Tank Is Relatively New

A relatively new tank does not have an established population of the nitrifying bacteria we mentioned earlier. As a result, the ammonia produced by fish due to their digestion process isn’t readily converted into nitrites and nitrates.

Furthermore, when you cycle this new tank, the already scarce population of these bacteria tends to dwindle further, resulting in high ammonia levels.

Allow some time for the bacteria to settle which usually takes around two to three weeks. Check again after three weeks if the ammonia concentration has dropped.

It is generally recommended to cycle your aquarium every once in a while to keep it free from debris and other harmful byproducts. However, if you are overdoing it, the bacteria population isn’t getting a chance to establish itself properly. It will result in higher ammonia concentrations.

Depending on the fish population, you should usually cycle your aquarium once every 6 to 8 weeks. However, if you cycle the tank after more than eight weeks, you allow ammonia to build up to dangerous levels.

Always cycle once every 6 weeks or more to lower the ammonia concentration while also allowing the bacteria population to build up. Use a vaccum to siphon of debris from the substrate instead of cycling the tank if possible.

If you are cycling your aquarium, ensure that you keep the water changes strictly lower than 50%. It allows the ammonia removing bacteria (Nitrobacteraceae) to multiply from the remaining population to a healthy level.

Aquarium cycling is an intricate process and must be handled with utmost care. Substantial changes can send the aquatic plants and fish into shock while also lowering the population of healthy bacteria in your tank.

4. Cleaning The Filter Too Thoroughly

When you perform your routine aquarium maintenance, thorough care is required when cleaning critical bits and pieces such as the water filter. The ammonia combating bacteria reside precisely in the substrate and the filter media.

If you clean these parts too thoroughly, you flush away the bacteria down the drain.

Take utmost care while cleaning the filter. The best approach is using water from the aquarium itself to clean it.

Do not use tap water or any other chemical product containing bleach or chlorine. Also do not replace all catridges at once. 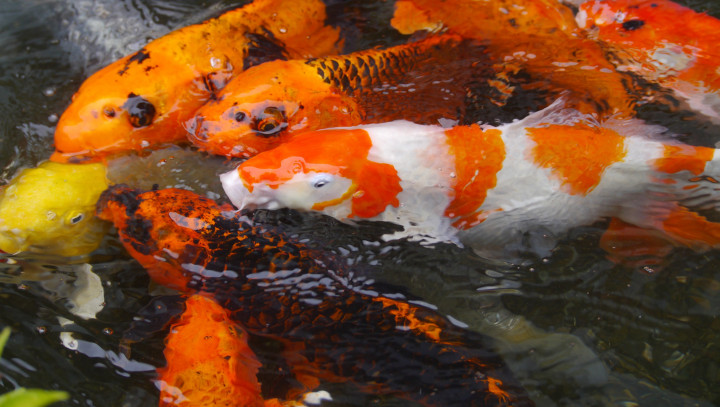 While setting up a new aquarium, it is good to initially introduce just one or two fish. It is also recommended to feed them lightly.

However, if you introduce a large batch of fish early on, you are inviting trouble. The ammonia produced by these fish has nowhere else to go since the bacteria responsible for eliminating it are too small in numbers.

Increase the population of fish gradually keeping in mind the size of your tank. While the general ballpark figure is an inch of fish per gallon of water, it can vary from species to species. 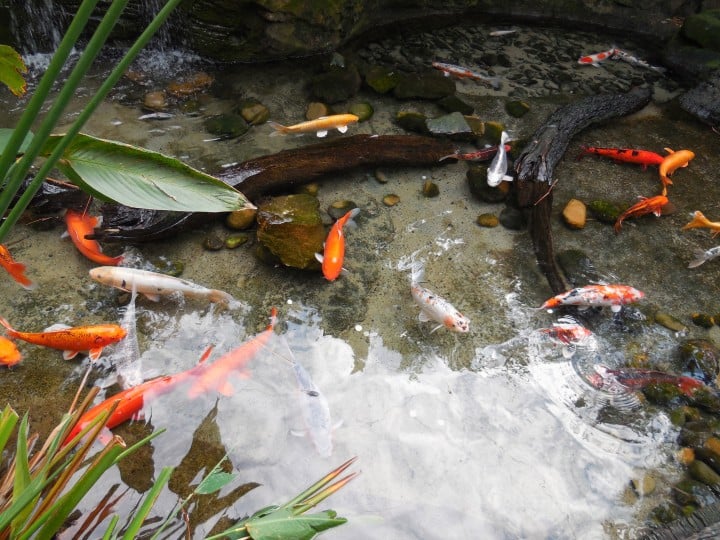 The next big mistake that you could be making is overfeeding your fish. You might see them moving haphazardly and conclude that they are pretty hungry.

Also Read:
How Long Does It Take For Betta Bulbs To Grow

Out of your compassion and love, you might be tempted to feed them just a little more than required. It will, however, result in ammonia spikes due to improper digestion of the food.

You should feed your fish once or twice a day depending on the species and the time it takes for them to finish off the food.

The primary function of the water filter inside the fish tank is to filter out contaminants in the tank and allow the nitrifying bacteria to build around it. However, if it isn’t functioning correctly, waste byproducts and ammonia will be cycled repeatedly.

Always purchase quality filters from brands that have a proven track record. You could also purchase filters designed to remove ammonia.

Beware of cheap mockups or lookalikes that cost less but do a lot of harm eventually.

Some water conditioners turn ammonia into a harmless form but do not alter it chemically. This way, the bacteria get additional time to convert it. However, you will get a false positive if you test immediately after using them.

Allow around one or two days to pass before checking ammonia levels. 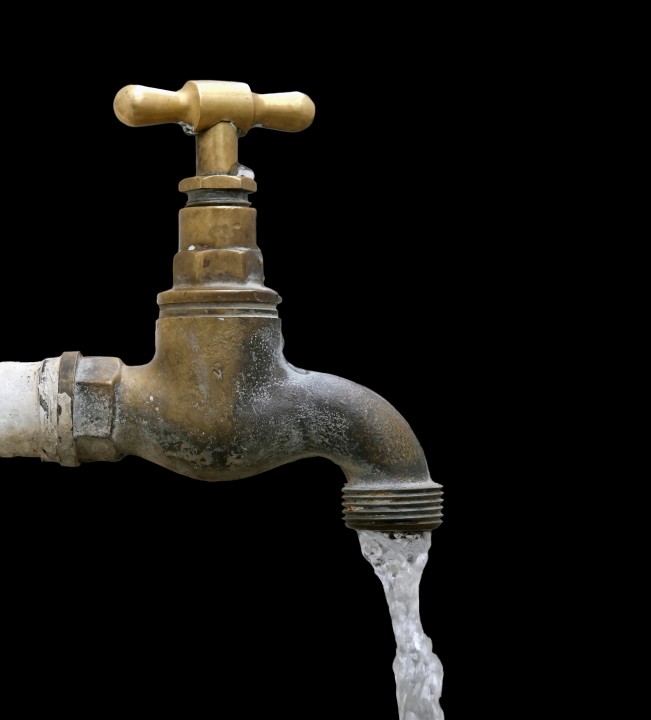 Your tap water could have high ammonia levels right from the outset. It is usually an indicator of fecal contamination.

While water from the municipal supply is often treated and contains trace amounts of ammonia, get it tested just to be sure. Also, check for possible sources of contamination around your property.

10. Rotting Plants And Debris Inside The Tank 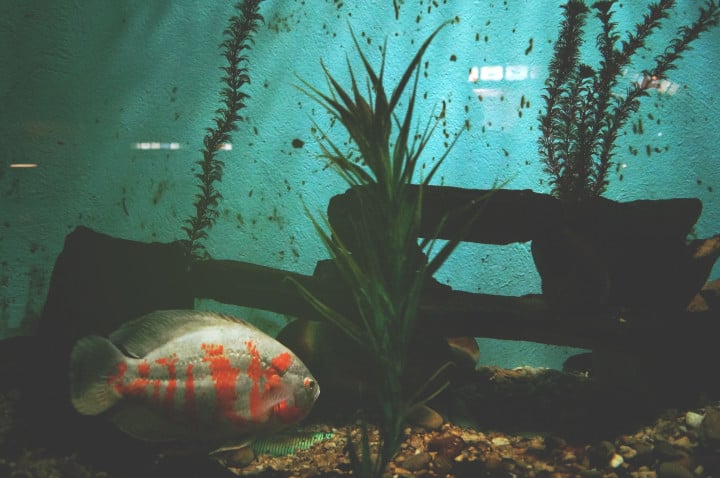 To your surprise, your aquarium plants could be rotting around the root, which usually happens due to an iron deficiency. Furthermore, fish food debris could have accumulated around the substrate without your notice.

Ammonia released from the decomposition of food debris and plant rot could be accumulating inside your tank.

Ensure your aquarium plants remain disease-free and free from rots. Also keep your tank free from fish food remnants, dead plants, fish poop, and other debris. Use a vaccum to siphon them off straight from the subtsrate surface.

Do not forget to unclog your filter regularly.

Lastly, you must maintain pH levels around seven or lower in your fish tank. It is necessary because the toxicity of ammonia increases with the rise in pH levels. At pH levels of 9 or above, ammonia could prove fatal to your fish.

Being an aquarist can be a difficult job at times. Fortunately, if you are willing to apply scientific methods to deal with problems, you could be at a distinct advantage.

Also Read:
Signs Of Too Much Light On Aquarium Plants And Its Effects

Our comprehensive guide lists all the reasons for high ammonia levels in your fish tank and their corresponding solutions.