We all know a plant has several parts, and each part plays a vital role in making the plant grow and reproduce.

But do you know what the role of a flower in a plant is?

Like any other living thing, plants need to reproduce and advance their kind. That’s where flowers come in.

A flower is a reproductive structure found in angiosperms – flowering plants. It contains the reproductive organs responsible for seed production and the continuation of the plant species.

Flowers facilitate reproduction in plants through the fusion of the male and female gametes.

Let’s delve deeper into the role of flowers in flowering plants. 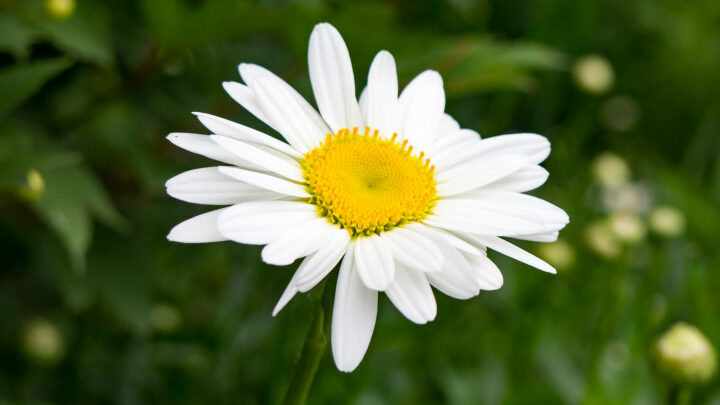 It’s important to mention that plants have three growth stages, with the first stage being the Juvenile stage. Plants start growing from seeds during this phase and may not produce flowers.

Also Read:
How To Grow Leeks In Toilet Rolls

What follows is the reproductive stage that characterizes the production of flowers, seeds, and fruits and, after that, the dormant stage whereby plants enter rest.

Let us get back to the discussion on what a flower consists of. 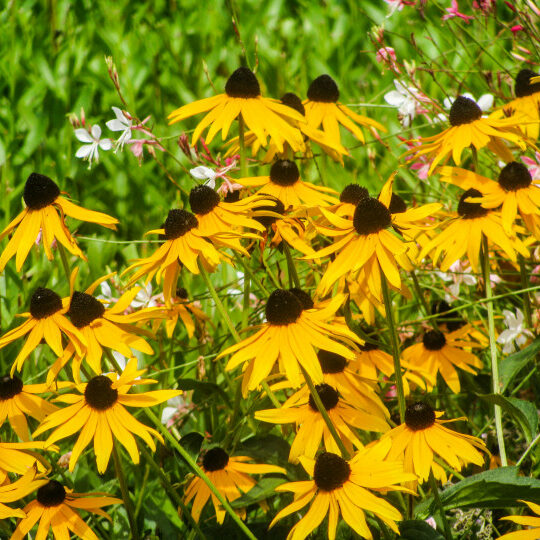 A flower is made up of several parts that work together to produce seeds. Each of the flower parts has an individual role to play that makes the flower productive.

Let’s discuss these flower parts in detail and what role each flower part plays.

Sepals are the green exterior parts found at the base of the flowers. They are green and leaflike, and it’s considered a modification of the leaf. What’s more, sepals are not tied to being green but could take any other color depending on the type of the plant.

Their green color always makes them easily confused with leaves. The sepal is the first flower part to grow and directly attaches itself to the uppermost part of the stem

All the sepals found in a single flower are called the calyx. For the record, not all flowers contain sepals. Some flowers have their sepals modified into bracts.

Another characteristic of sepals is that they take different shapes and features. Some appear thick or thin, long or short, and number differently. Sepals are also covered with tiny hairs and could be fused or separated.

Sepals perform their functions in phases depending on the growth stage of the plant. Its initial function is to protect and support the flower bud by closing up around it until it’s ready to bloom.

Additionally, sepals offer protection to petals and the reproductive organs found inside a flower against extreme environmental conditions.

Sepals could also grow sharp and pointy in some genus of plants, such as the acaena. Yet again, some sepals will grow together with the flower to close around the fruit, offering protection against different kinds of insects. 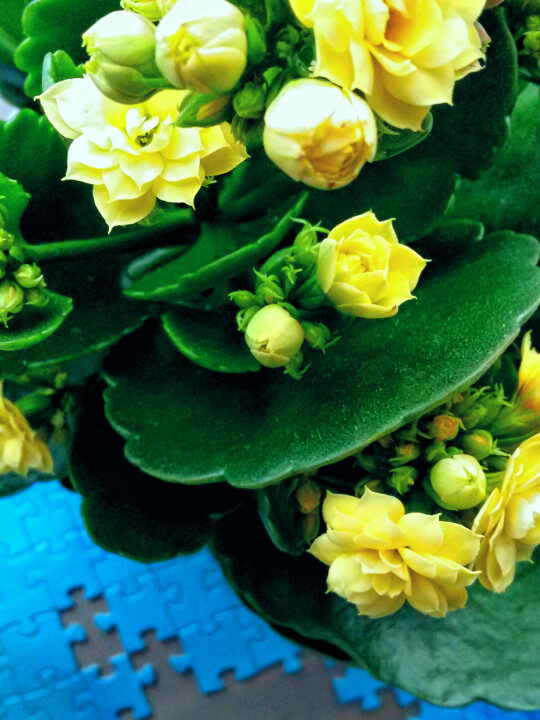 The bract is a modification of the leaf and resembles more of a petal than a leaf. Bracts are also brightly colored, and their shapes are different from the leaves. Flowers could emerge between bracts or occur separately from bracts.

Bracts perform a similar function to sepals in plants that do not have them. Additionally, some brightly colored bracts serve to attract pollinators in place of petals.

In some cases, bracts can be present without the flowers. They take different shapes and look different in different flowers.

Typically, bracts are green like the ones for sunflowers, but their color and appearance vary in different plants. Those found on Bougainvillea and Poinsettias are brightly colored and leaflike. 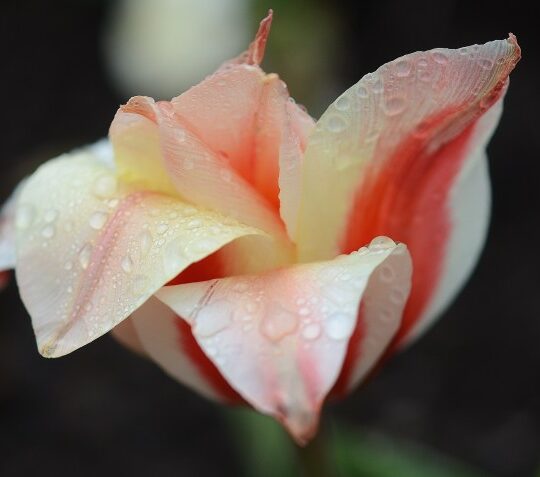 The next flower part on the list is the Petal. Petals are modified leaves of a flower that turn attractive to attract the insects for pollination. They appear in different patterns and sizes.

It’s made up of two parts, the broad upper part, referred to as the leaf blade, and the lower narrow part, called the claw that resembles a leaf petiole. Their color and brightness easily attract the bees and birds.

Petals together form the corolla. Petals vary in color, size, and shape from one plant to another. Some petals grow in layers to form full-looking flowers.

A flower is regular or actinomorphic (ray-formed) if all the petals are identical in their shapes and sizes. Conversely, flowers whose petals have a bilateral symmetry are referred to as irregular or zygomorphic (pair-formed). Others appear separate but are one solid petal instead.

Also Read:
Will Frost Hurt Onion Plants? How To Protect?

It can be difficult at times to distinguish the sepals and petals of a flower. Collectively, the two are referred to as tepals. The calyx and the corolla together form the Perianth.

The number of petals in a flower differs depending on a particular species. The dicots have four to five petals, while the monocots have three to six sepals. However, this isn’t a rule of thumb for all plants. 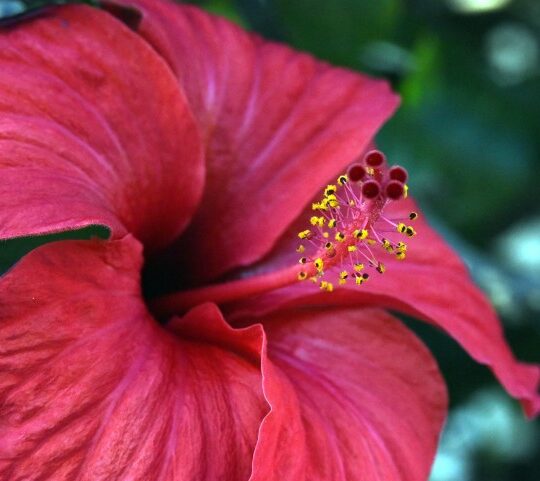 The Pistil is the female reproductive organ of the plant. The stigma, the style, and the ovary together form the Carpel. (A collection of individual Carpels form the Pistil in essence).

Carpels are pin-shaped and feature a sac found at its base in the flower center.

This sac is called the ovary that usually contains the ovules. The ovary extends upwards to form the style and the stigma at the top.

When pollen lands on the stigma, it starts to germinate, producing a pollen tube that begins moving down the style. The pollen tube fertilizes the ovules completing the fertilization process. Each pollen grain fertilizes an individual ovule. 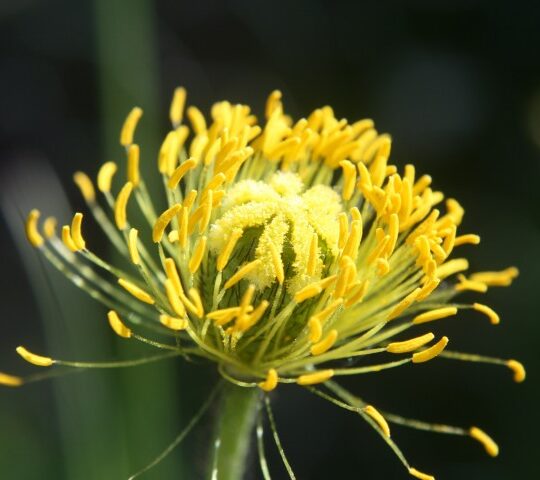 The stigma is the sticky part of the flower that receives pollen grains allowing them to germinate. It is found at the apex of the style.

Stigma found in wind-pollinated species of plants covers a wide surface area that helps in receiving pollen. Moreover, the stigma varies in shapes and sizes, with some being long and narrow and others globe-shaped.

The stigma has various adaptive mechanisms to trap pollen using hairs, sculpturings, or flaps. Through these adaptive mechanisms, stigma can capture wind-borne pollen, the pollen from visiting insects and animals, and rarely from the surrounding water.

Furthermore, there is evidence to suggest that stigma rehydrates the pollen and also promotes germination of the pollen tube. Stigma also plays a role in determining which pollen gets to take part in the fertilization process.

Not all pollen that lands on the stigma get to germinate due to self-incompatibility reactions. 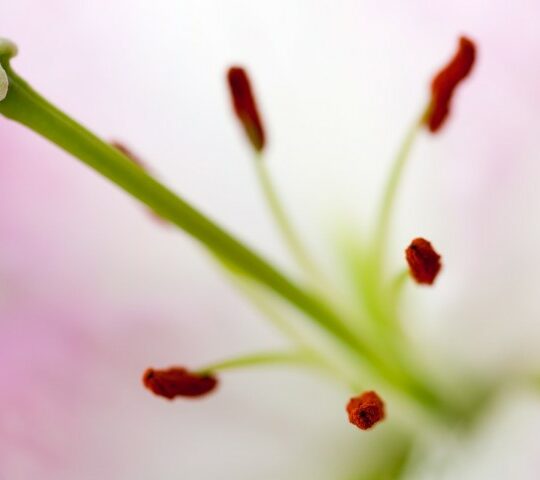 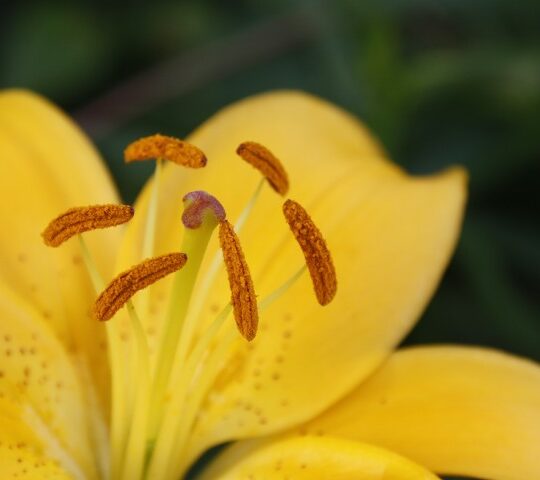 The filament is the short stalk that holds up the anther to allow the bees to get to it. 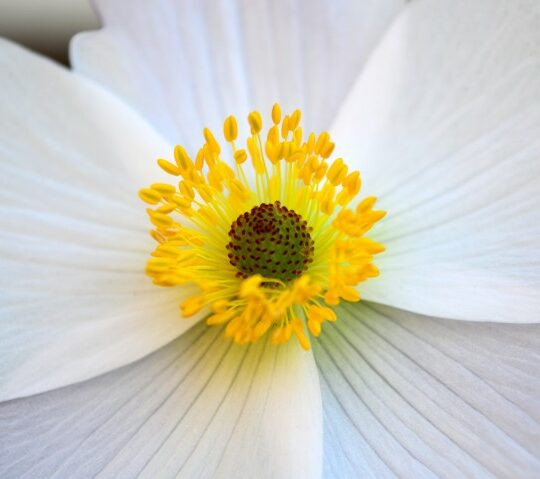 It’s a sac-like structure that houses the pollen.

The peduncle refers to the stalk of the flower.

The receptacle is the part found below the central portion of the flower. It’s large to support the flower’s weight, mainly when the fruit develops.

The primary function of the receptacle is to connect the stalk to the flower.

The Perianth is a scientific term that refers to the non-reproductive parts of the flower surrounding the sexual organs. The Perianth consists of two segments, namely the inner Perianth and the outer Perianth.

Perianth protects the flower during the growth and development of the reproductive organs. It also serves to lure pollinators for pollination and reproduction. 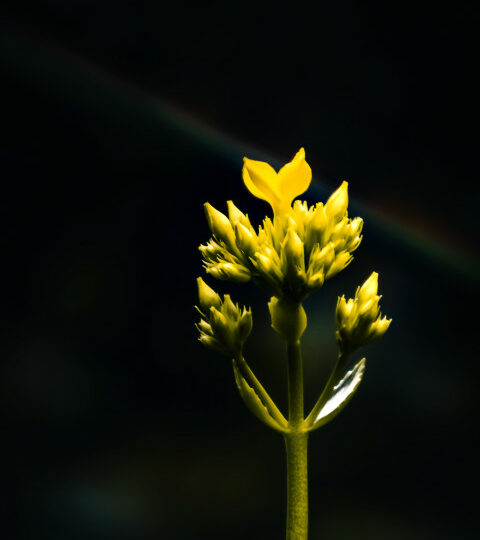 Finally, the last flower part on our list is the pedicel. The pedicel is the stalk that flowers grow from off the main stem. Not all flowers contain the pedicel except for those with an inflorescence in cluster forms.

In conclusion, a  flower is a reproductive organ in a plant whose primary function is to facilitate reproduction.

Male gametes contained in pollen grains fuse with female gametes housed in a flower’s ovary to form seeds. It is these seeds that ensure the continuity of the plant species.

Also Read:
Too Much Miracle Gro: What Happens To Plants And How To Fix

All the plant parts listed above have a role in the completion of the whole process.