Moles are small mammals commonly associated with rodents like rats or mice because of their similar-looking appearance. These mammals have velvety fur, small hindlimbs, and short and bigger forelimbs often used for digging. 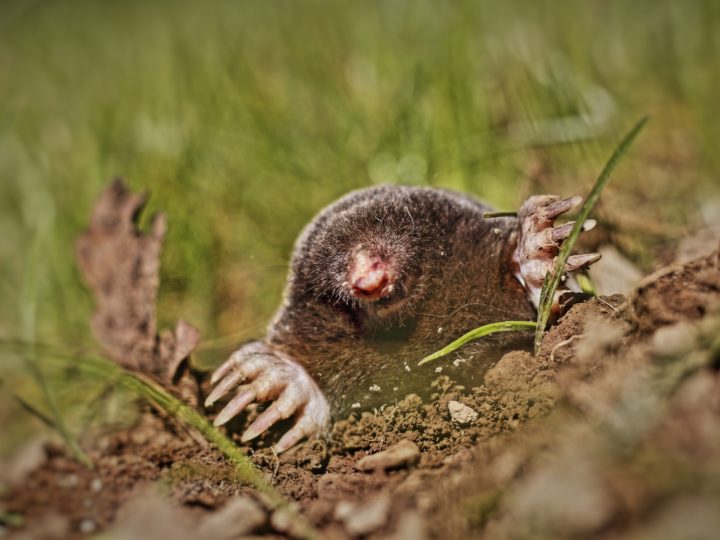 Most people find them cute and unable to cause harm. However, there is more to them than meets the eye.

In this article, we will explain why you should be wary about them getting into your garden and how to repel them effectively.

Also Read:
Can You Use Gasoline To Eliminate Weeds? 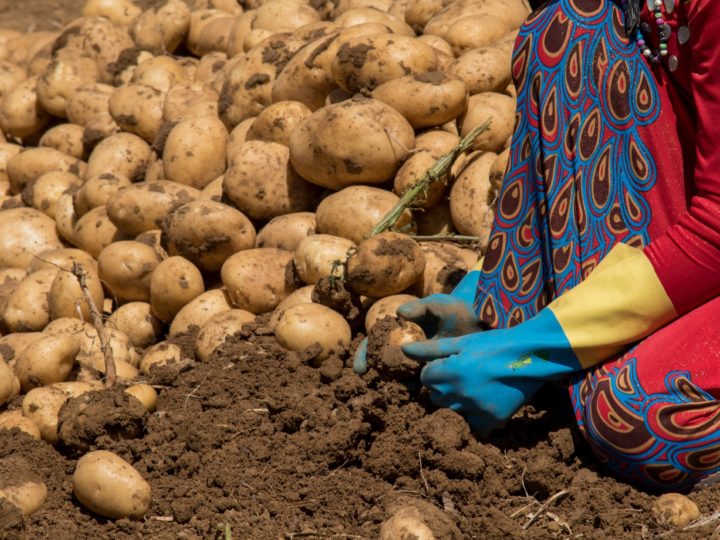 Fortunately, a mole’s diet doesn’t include potatoes or flower bulbs. They are carnivores and more interested in eating snails, slugs, and millipedes. So why do they keep destroying your garden crops?

The simple answer to this is the earthworms. Moles do not burrow into the soil to eat your plant’s root; they are searching for earthworms which happen to be their favorite food.

Many researchers have claimed that moles will eat nearly their body weight worth of earthworm daily. Think of what might happen to your garden if a mole got there.

Apart from earthworms, most moles eat invertebrates found in the soil, which keeps these animals busy digging into the ground.

Although they do not eat your potatoes or flower bulbs, their digging might destroy them. Also, the tunnels created by them might be used by other animals such as gophers or voles, which feed on crops and vegetables.

Also Read:
Top 20 Plants That Can Grow In Water

Signs Moles Are Hurting Your Garden

Before you go about choosing different methods to combat the mole problem in your garden, you need to confirm their presence. Some signs include: 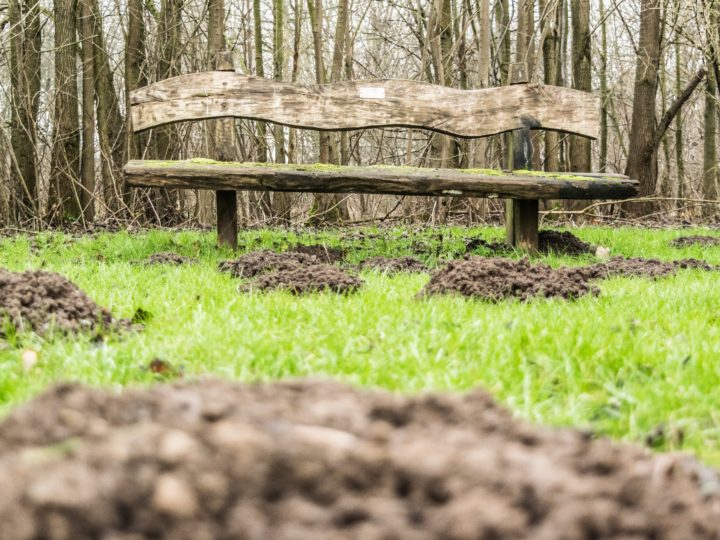 It is one of the apparent signs of the presence of a mole. When moles dig, they move the dirt out of the tunnel to get to the surface, forming a small pile.

Unlike their lookalike, gophers, moles create hills far apart and scattered over a particular area. There is about six feet of space between each hill.

The dirt around the tunnel is not smooth. It is always scattered in chunks.

How To Get Rid Of Moles In Your Garden?

Given below are a few ways to get rid of moles without hurting them.

These will be grown just for the sole purpose of repelling moles out of your garden. Moles do not have very good eyesight, but their sense of smell is very strong.

Also Read:
11 Animals That Eat Squash (And How To Keep Them Away)

Any plant from the Allium family, which has a strong smell like daffodils, can be grown around and in between to stop moles from coming into your garden.

2. Get Rid of What They’re Attracted To 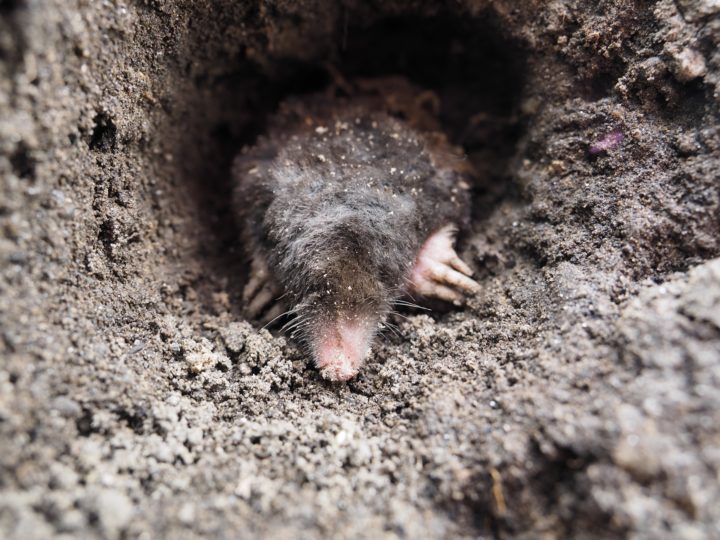 The reason why the moles are in your garden in the first place is because of several food sources. Insects, in particular, form a good chunk of their diet.

An excellent way to make your property less attractive is by using insecticides. This method is fast and easy but may get rid of insects that are beneficial to your garden. 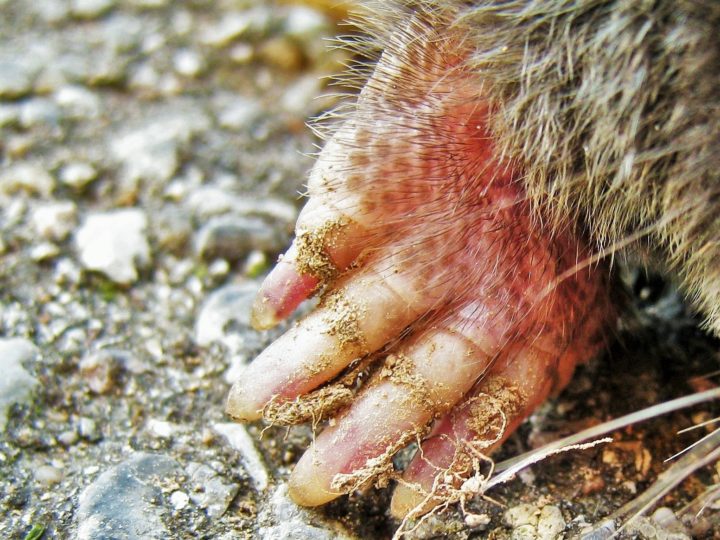 You can purchase a trap that wouldn’t cause any harm to the mole and place it in areas that have been affected. Once the mole is trapped, please do not leave them there; take the trap and release them somewhere else.

Before you use this method, make sure you’ve done enough research. For example, see if it is legal to trap animals in your community and confirm with the proper authority about the safest place to release them.

Also Read:
Why Are My Olive Trees Losing Leaves

This method is suitable for people just starting on their gardening journey. If you live in an area where moles are a problem, you can make your garden off limits to them by using a net.

Pace the net about 10cm deep into the ground. Make sure the net is sturdy enough to withstand their claws and teeth.

You can mix simple ingredients like castor oil and dish soap or buy commercial repellents from a garden store. Most repellents are strong smelling, while others cause digestive problems when ingested.

Therefore, your garden will no longer be an ideal place for feeding. Remember to reapply the repellent to continue seeing progress. 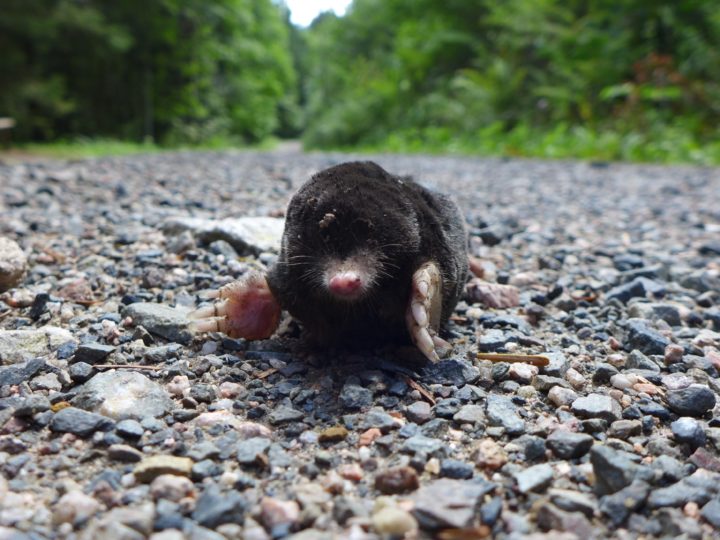 Like we’ve said earlier, moles have pretty sensitive ears— using loud sounds to scare them away is one of many solutions.  However, you won’t need an orchestra band.

Your noisy kids and pets playing around are enough to scare them back into their holes.

You can also place electronic products that produce low-frequency vibrations. There are even some that are specifically designed to scare away moles.

The downside of this method is that you have to place multiple devices around your garden.

Are Moles Dangerous To Humans? 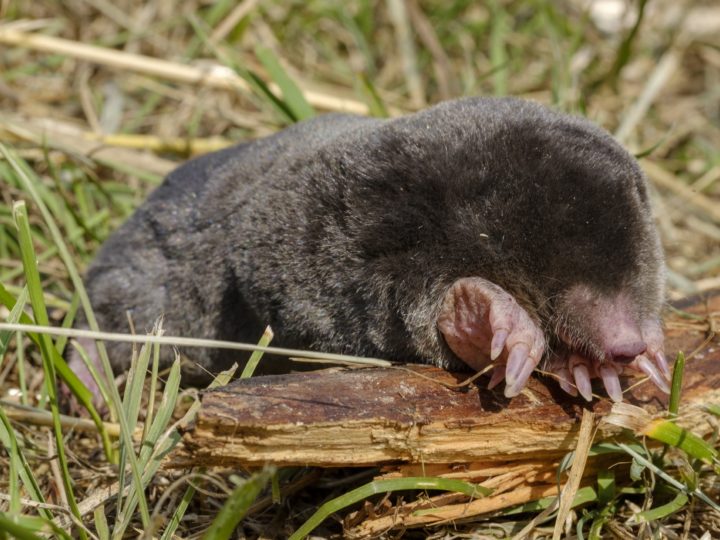 Even though moles are harmful to gardens, they are not known to cause any direct harm to humans.

They are loners and prefer to remain alone in their burrow. They rarely bite, and even if they do, it’s in defense.

Moles are pretty clean animals, so the chances of them passing something onto you and your pet is low.

If you are growing potatoes or flower bulbs, you might be worried about moles eating them. The good news is that moles are not known to eat them.

However, they have a ferocious appetite for insects such as earthworms and grubs. This appetite can have implications for your underground crops as moles can dig pretty fast.

Also Read:
What Does Eggplant Taste Like: How To Buy And Cook?

They have sensitive noses, and even if you block off a tunnel, all they need to do is dig another one to get to your garden. Also worrying is the fact these tunnels act as pathways to actual troublemakers such as voles and gophers.

As long as you follow the steps above to get rid of them, you won’t likely have a problem. Although in some cases, you might have to call a professional.