It’s not uncommon to find plants and weeds that resemble other plants. Surprisingly these are not even in the same genre or species.

We found plants that look like wheat. Most of these plants fall in the weeds category.

They look so astoundingly similar to the original wheat plant that you will be left bemused.

So of these could be invasive or prove toxic to your pets or livestock.

So how do you identify an original wheat plant and its look-alikes? Let us find out. 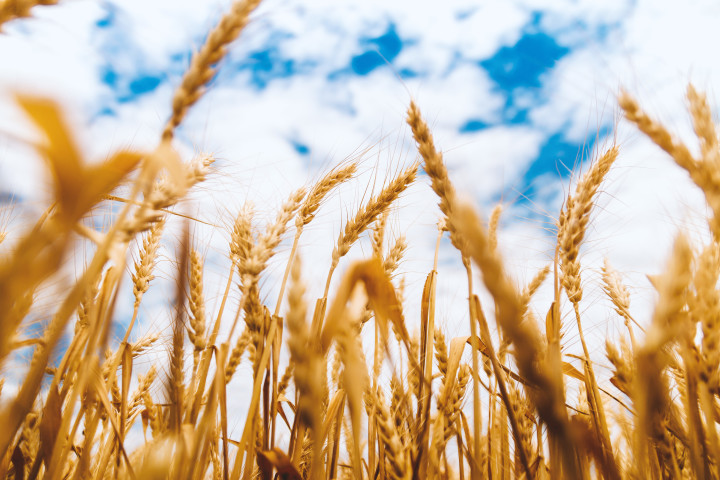 The wheat plant is an annual grass that grows 0.4 -1.2 m tall. It grows in dense clumps and carries around 5-40 tillers (additional stems) per plant.

Different wheat species vary in size, grain morphology, and inflorescence depending on their utilization and specific growth conditions.

Their culms (stem of a grass or cereal) are erect and cylindrical, carrying solid nodes and hollow internodes.

The leaves are flat, ranging from (1-3)cm x (20-38) cm long. The wheat plant has a long and slender inflorescence and a somewhat flattened spike.

Additionally, the wheat plant produces flowers that bear white, red-brown, or yellow seeds. These seeds are called grains or kernels.

During its early growth stages, wheat is green but eventually changes color to golden brown as it ripens.

Wheat is a vital staple food crop for humans and is the most harvested crop in the world.

Here are some common wheat lookalikes that you should watch out for.

Also Read:
How To Make A Garden Arch With PVC Pipe 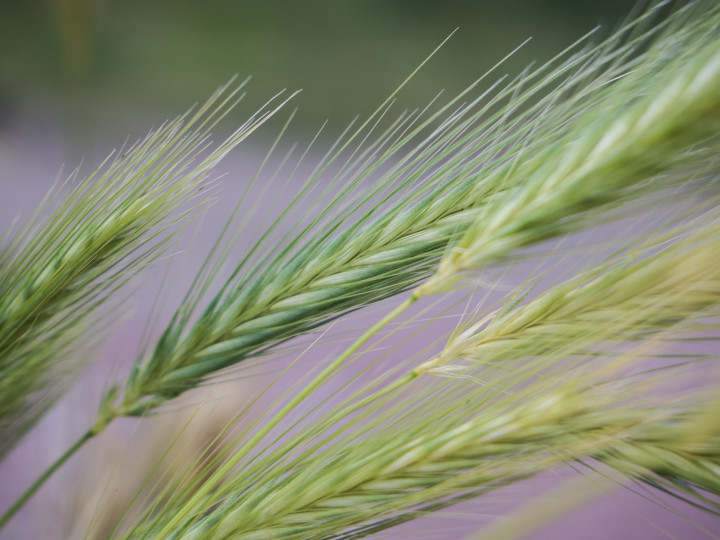 Quack grass is a perennial broadleaf grassy weed. It’s a cool-season plant, and its wider blades make it resemble grass.

It is a typical lawn weed, and you will find it growing in alfalfa fields.

Quack grass is slightly darker than most turfgrass you will find out there.

It’s a wheat plant look-alike, which could make you easily confuse it with the latter.

A typical feature of quack grass is its extensive root system. It spreads rapidly in a field thanks to its rhizomes, which are pretty difficult to control.

So, how do you identify quack grass? A quick pointer is its clasping auricles. The base of the leaf blade at the point it connects to the stem has two finger-like projections that you should see hooked around the stem.

Gardeners have decried the difficulty in controlling quack grass and always prefer to entirely clear or burn up the area and start again.

How to Control Quack Grass?

You can control Quack Grass by 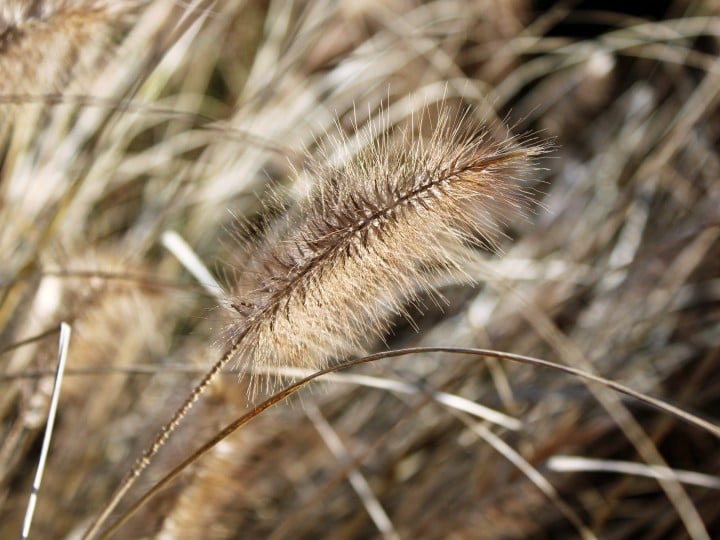 Yellow foxtail is a warm-season annual weed belonging to the grass family. It prefers growing in moist areas that are highly fertile.

They grow up to a maximum of 4 feet, and their leaves are smooth and flat, extending up to 12 inches long and are ½ inch narrower.

The upper surface of the leaves, near the leaf base, contains an eighth inch of spiral hairs.

Foxtail leaf edges feel rough when touched. Their stems are erect, flattened, and typically reddish at the base.

How to Control Foxtail? 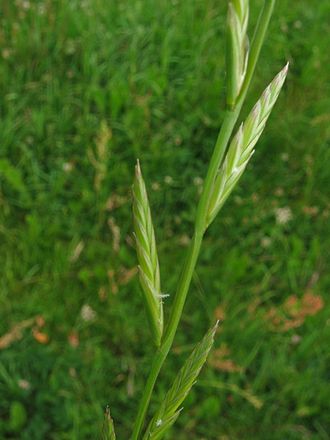 Ryegrass is a cool-season annual weed resembling wheat due to its seed heads. The seed heads have spaced spikelets that grow alternatively up the stem.

It grows up to 3 feet tall and contains leaves rolled inward at the bud with glossy undersides. The distinctive seed head spikes measure up to 4 to 16 inches in length.

Their leaf blades measure 21/2 to 8 inches long. The stems found at the leaf sheath have a reddish base.

There is also Ryegrass that is perennial and almost identical to the annual Ryegrass. Perennial Rye grasses lack red-tinted stem bases.

Ryegrass weed control measures are similar to that of Quack grass. 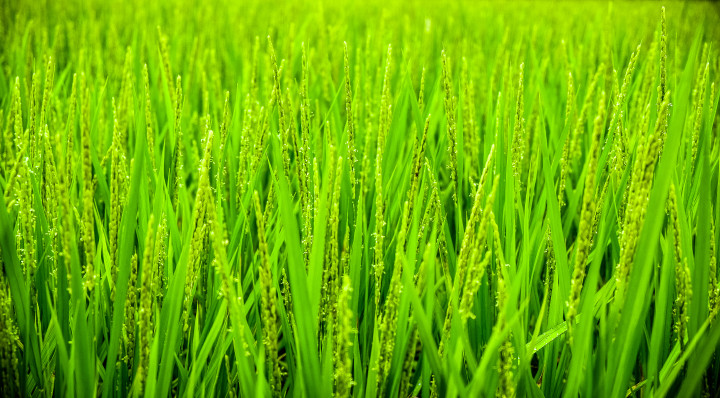 Barnyard grass is an annual lawn weed that emerges during the summer, usually at the end of the last frost. It has coarse, thick stems that resemble wheat and can grow up to 5 feet tall.

Their seed heads are open and grow to a maximum of 16 inches long, dropping their spikelets when they age.

The leaf blades of the barnyard grass are rolled inside at the shoot.

The grass tends to spread, overcrowding your crop seedlings. This denies them essential resources such as sunlight, nutrients, and water.

Use a pre-emergent herbicide to control the weed in your yard. 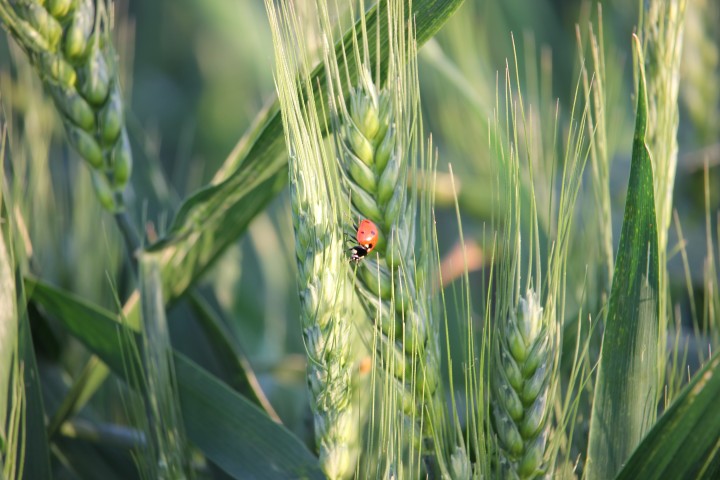 It’s a highly invasive weed in lawns that may require the services of a professional lawn care agency. The annual grass can grow to over 3 feet tall but typically attains a height of one to two feet.

Its auricles are well developed and adhere to the stem. Their leaves are narrow and flat, with a hairy appearance ranging from ½ to ¾ cm in width.

Hare Barley produces spikes in April through June that break apart at the node when mature. Hare Barley is a good feed for your livestock until they turn poisonous when the seed heads mature.

Given their tall growing nature, they also become troublesome to low-lying crops like the alfalfa.

How to Control Hare Barley?

These plants usually don’t fall under weeds and are mainly native to the American mainland.

Also Read:
Is Simple Green Safe For Plants And Grass? 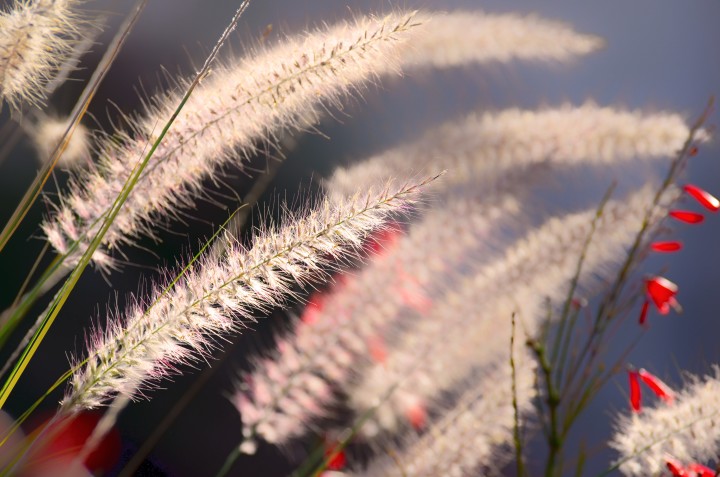 A native of South America, Switchgrass is tall and wheat-like. It was part of the original prairie grasses found in North American plains.

The cultivated types have since replaced the native Switchgrass.

Apart from being cultivated as animal fodder or ground cover, it’s also an excellent ornamental plant comprising a tall central stalk and seed configuration like wheat. 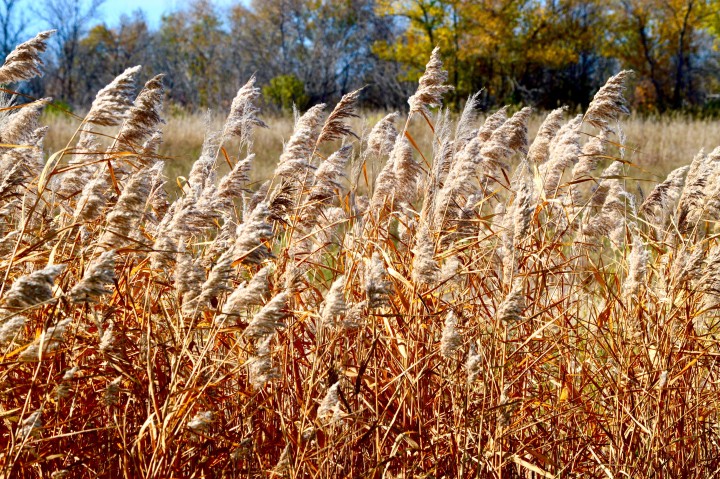 Western wheatgrass is also native to North America. It has central stalk-like wheat, and the seed shapes also resemble the latter.

It has a huge tolerance for a vast quality of soils, making it a good fit for wheat-like ornamental grass. Western wheatgrass is mainly used in erosion control and reclamation projects. 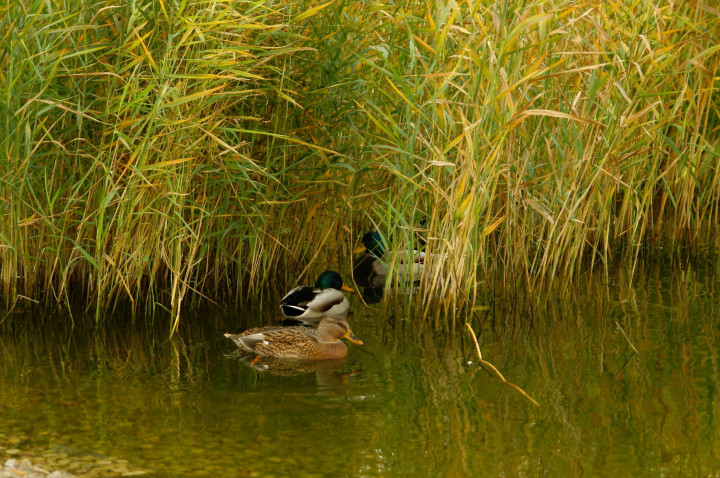 Feather Reed is a wheat-like clumping grass with erect tops. It has a central stall with flowers and seeds that are wheat-like.

It grows to 3-f feet tall and can grow in waterlogged areas such as ponds, marshes, and areas susceptible to minor flooding.

Interestingly, feather reed grass can also grow in dry climates but tends to be shorter than the ones growing in wet and flood-prone areas. 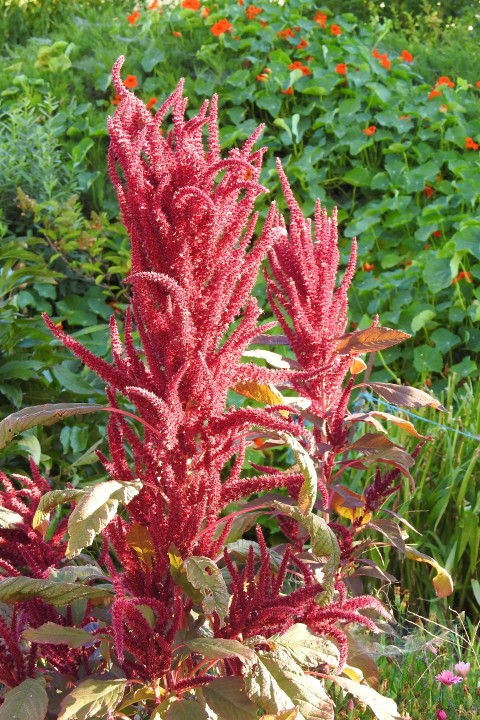 Amaranth is an annual herb belonging to the genus Amaranthus containing leaves used as a staple food in many developing countries. Their many flowers gather in large pinnacle inflorescences.

The seeds of Amaranth are called grain and can be placed on par with rice, wheat, and barley. It’s a drought-tolerant plant and can survive in moist soil types.

Amaranth is also used as fodder or ornamental grass.