Have you heard of the yew tree? People have revered this mythical tree for ages.

It can stay green throughout harsh winters; such is its resiliency. Yew wood is also used to make bows due to its sturdiness.

The tree is slow-growing but exceptionally long-lived. In Great Britain, there are yew trees which are over a thousand years old.

However, something noteworthy is that almost no plant grows under the dense shade of a yew tree. There is a reason behind this. 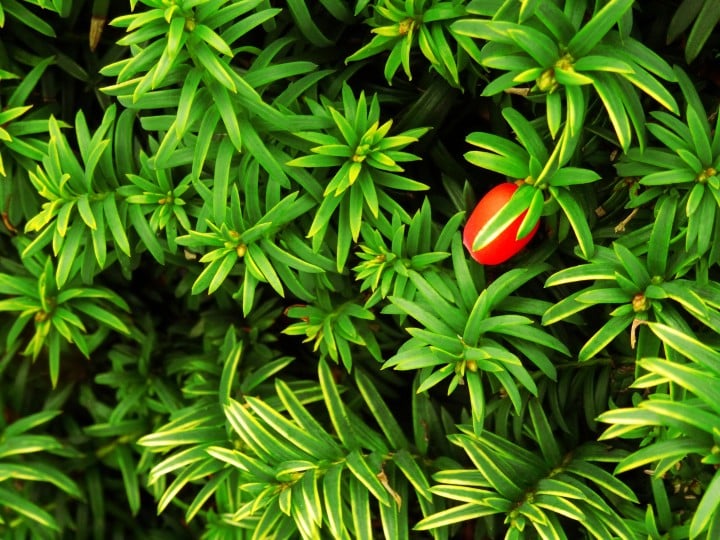 The primary reason is the lack of light. Yew trees have thick canopies which block most of the daylight.

Without proper light, no plant can achieve decent growth.

The tree also tends to draw moisture from the surrounding air and soil, which again is unfavorable to any plant trying to grow under it.

Despite this, a few plants can tolerate the dense and dry shade of a yew tree. Let us learn more about these plants.

Plants That Grow Under Yew Trees

If you have yew trees around, you can try and grow the following plants under them. These plants are shade and drought tolerant, requiring moderate watering and maintenance on your part.

Remember that yew trees have a preservation order in the United Kingdom and other European countries. Any pruning or other routine maintenance activities may require permission from the concerned department. 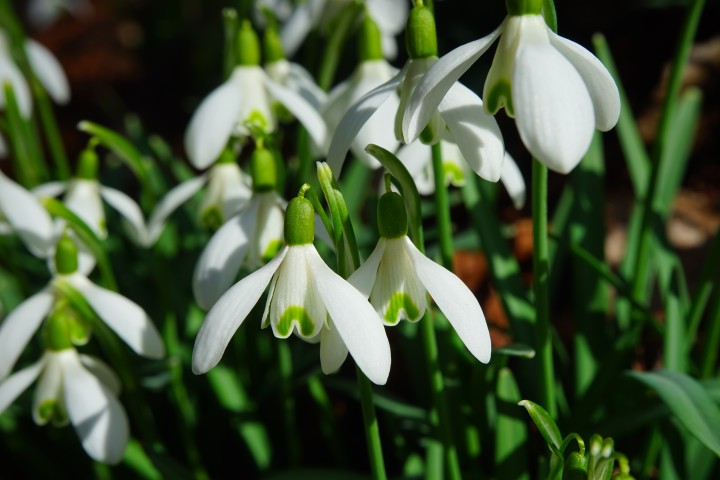 Snowdrops are one of the first flowers (bulbs) that emerge in spring. They are hardy and usually flower late in winters, long before other plants break their dormancy.

They usually grow to about 4 inches tall and prefer partial shades. The soil should be moist and well-draining for optimum growth.

Also Read:
How To Get Rid Of Snail Eggs In Garden And Aquarium? 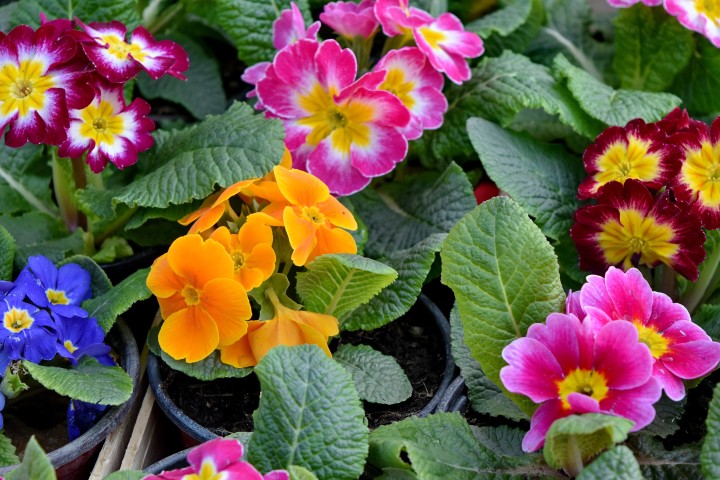 Primrose flowers also bloom during early spring. They are also quite hardy and appear in varying colors, forms, and sizes. Some of the colors range from white, cream, yellow, orange, red, and pink.

Primrose plants prefer damp soil conditions. The soil should be well-draining and contain some organic matter.

You can add a layer of mulch to help the plants retain moisture, more so under the dry shade of a yew tree.

Also, ensure frequent watering spells (at least once a week) during the summer months. You can let off the watering as fall approaches. 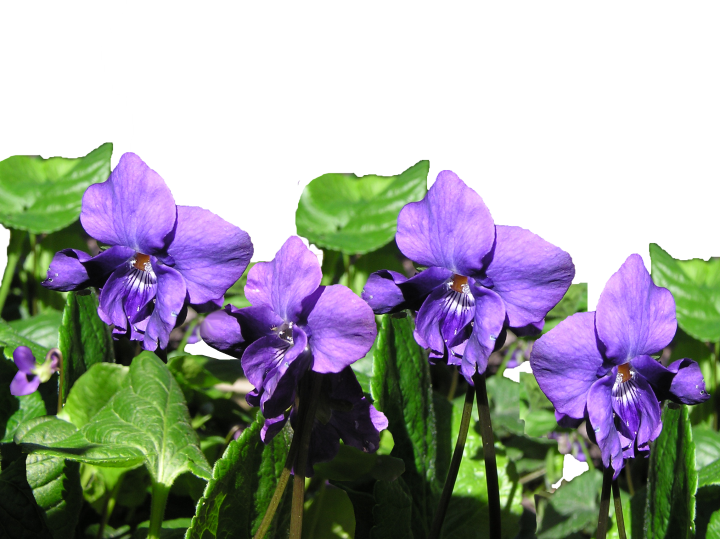 It usually blooms between March to May. The flowers vary from bluish-violet to white.

One interesting aspect of Dog Violet is that it can produce both open and closed flowers. The closed flowers can fertilize themselves.

Also Read:
Is Simple Green Safe For Plants And Grass?

Its shade-tolerant nature makes it a perfect candidate for planting under a yew tree. 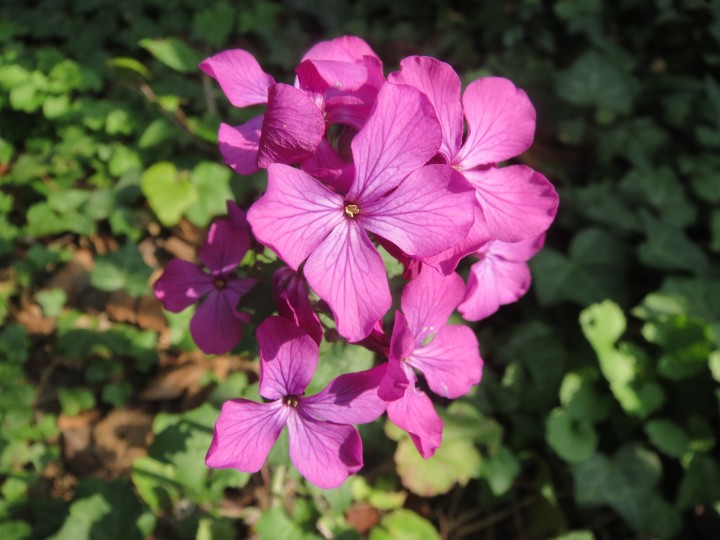 Honesty is a biennial that blooms from late spring to early summer. Its striking characteristic is its four-petalled flowers that range from deep purple to white.

The flowers turn into round and translucent seed pods that resemble silver coins during summers. This is the most noteworthy ornamental feature of the plant.

It prefers moist, organic, and well-draining soils and can thrive under partial shade. 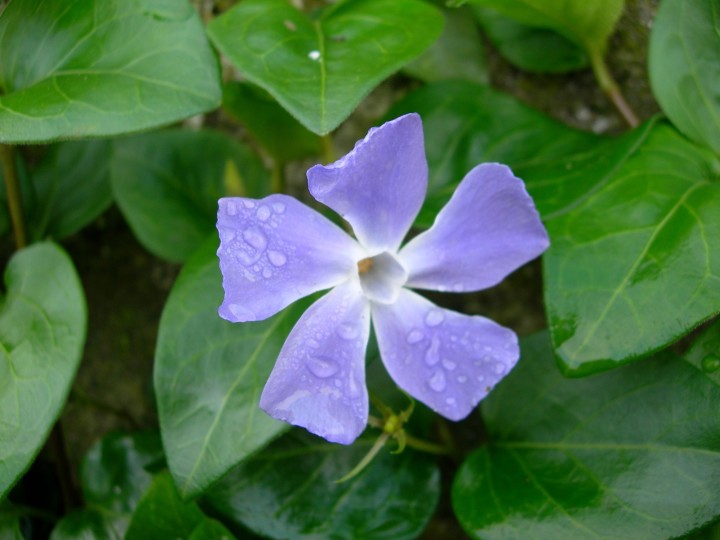 Vinca minor, known more commonly as common periwinkle or creeping myrtle, is an evergreen perennial native to Europe. It is mainly used as a groundcover growing to a height of around 4-5 inches.

Periwinkles prefer moist and well-draining soils but can also thrive in poorer soils.

Also Read:
Are Venus Fly Traps Edible And How To Grow Them?

The plants are hardy, shade-loving, and drought tolerant and can grow under a yew tree where most other plants and grass fail to grow.

Lily Of The Valley (Convallaria majalis) 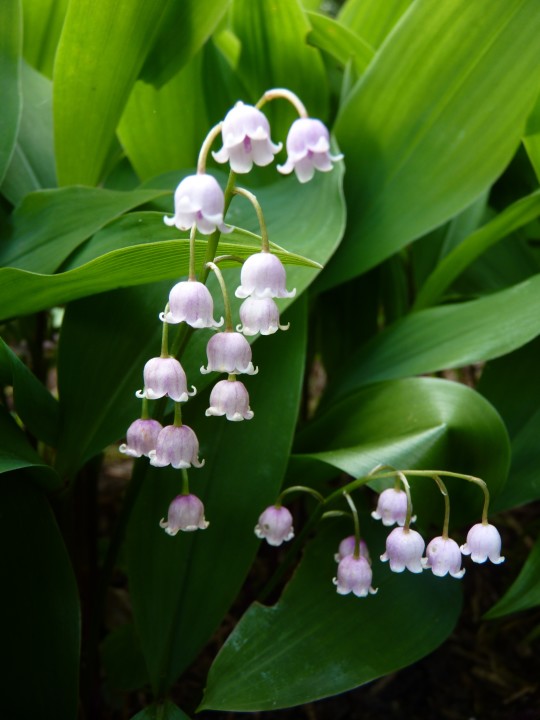 Lily of the valley is known for its fragrant, pendent-like bell-shaped flowers that are white. The leaves are lance-shaped and bright green.

The plant is native to Asia and Europe but is invasive in some North American states.

Gardeners can easily recognize the plant with the red seed pods which remain after flowering, giving it an excellent ornamental value.

The plants prefer partial shade and moist soil but can perfectly grow under the dry shade of a yew tree.

However, they are considered poisonous; take extra care with children and pets around.

Precautions To Take With Yew Trees And Companion Plants

Yew trees are poisonous. Except for the outer part of the berries, all other parts, including the leaves, bark, and seeds, are highly toxic and must not be ingested.

The trees can be a massive problem with pets, livestock, or children around. Take care not to plant something which may prove an attractant towards the trees. Fragrant and bright flowers are one case in point.

You can also fence off the area containing yew trees if required.