Did you know some animals eat cactus? It sounds surprising knowing that cacti are generally spikey.

They are also quite unusual because they morph into huge plants with little water. Besides, the cactus is both a fruit and a vegetable. The pad forms the vegetable part while the fruit stands out separately.

While planting them, routine activities such as repotting, replanting, or pruning could prove quite a daunting task for gardeners.

Let us learn which animals prefer eating them. 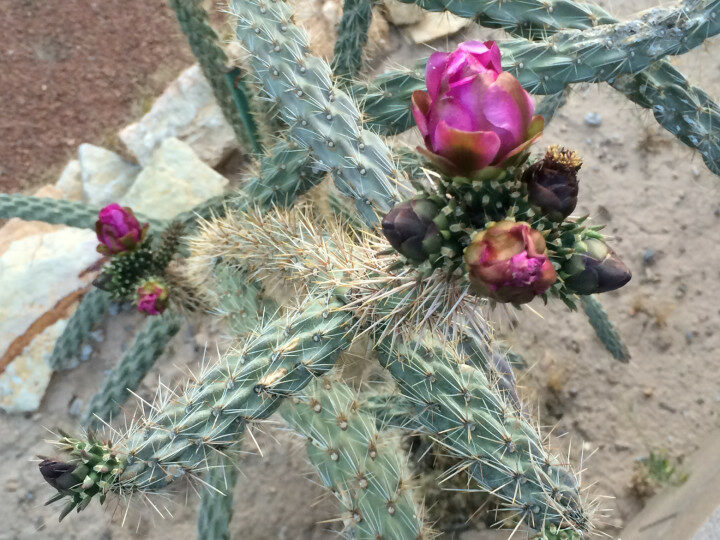 Several animals eat cacti, especially the prickly pear one. These animals have anatomical and physiological features that enable them to eat without any side effects or harm.

Let’s get into the details and learn how these animals survive eating the spiky plant. 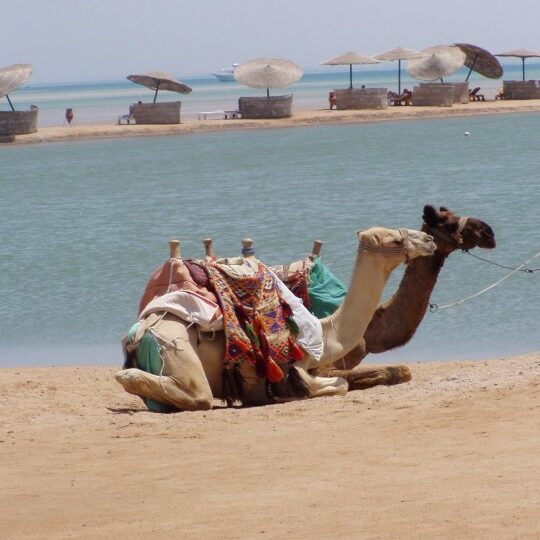 By nature, camels thrive well in arid and semi-arid regions, which means they have adapted to eating desert plants such as the cacti. What makes this possible is their standout bodily features.

Also Read:
Plants And Weeds That Look Like Wheat

It’s apparent that eating cacti sometimes hurts the camels, but they choose to go through the discomfort to enjoy the fleshy green parts of the plant. 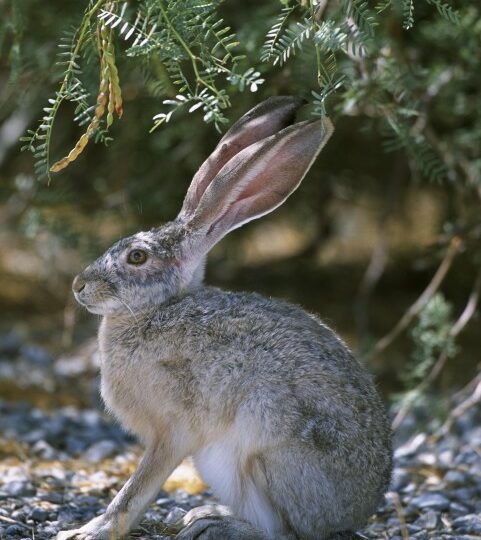 The Jackrabbit is a desert mammal that survives on cacti. Despite being referred to as a rabbit, it belongs to the hare’s family.

Some of its adaptive features for desert survival are long ears for sensing danger miles away. The long ears also help them cool their body temperatures in the hot desert environment.

Jackrabbits roam about in the open, looking for food. Their main meal is cacti and other desert vegetation such as fruits and grass.

They mainly consume the fleshy part of the cacti while avoiding the spikes. 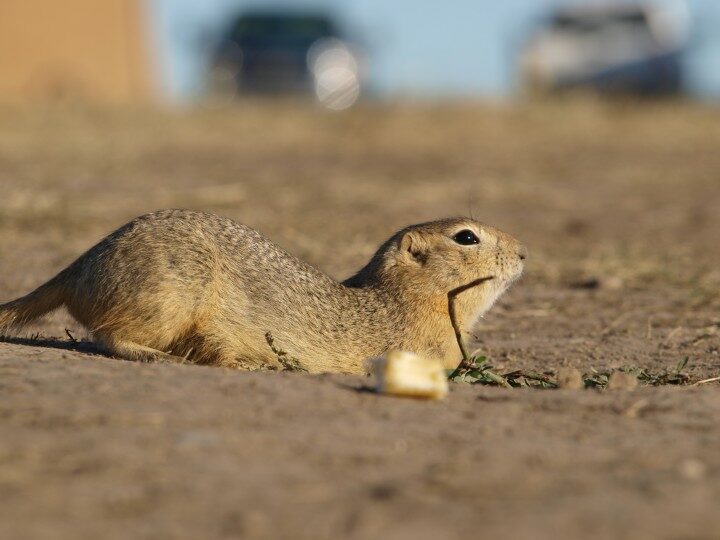 Prairie dogs are herbivorous rodents that love to burrow.

If they find nothing to eat from their burrowing, they feed on the flower and the fruits of cactus plants. 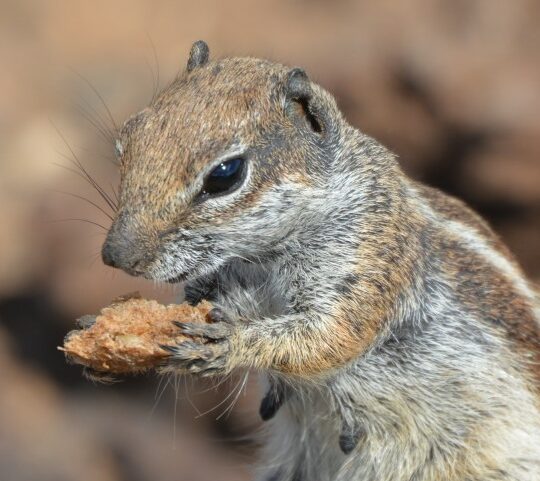 The Ground squirrel is typically a rodent. It’s a gray to brown, medium-sized animal that prefers living in ground burrows.

Their tails are slender to full, and people sometimes confuse them with Chipmunks.

However, there is a slight difference— ground squirrels have strips at their lower backs.

They are more active during the day and love to eat the fruit and seeds of the prickly pear cactus. 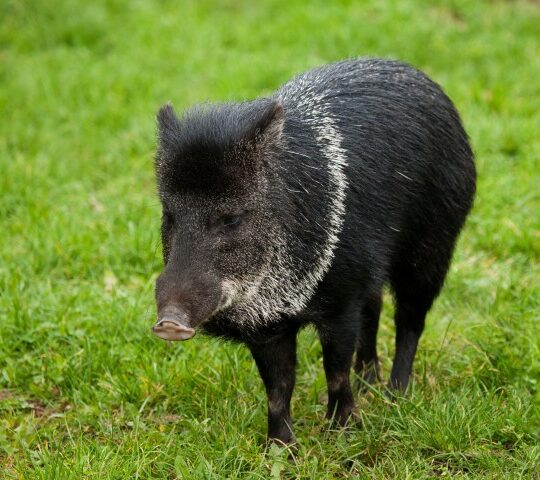 Their anatomy almost resembles that of pigs with a sharp spear. However, their body size is smaller in comparison, and their tiny tails are practically invisible.

Javelinas have some physiological adaptations that easily allow them to find cacti in the desert. They have sharp tusks underneath their snouts that enable them to dig plant roots when foraging for food.

Peccary also gets their water from the juicy, fleshy pads. They are particularly not shy and won’t mind visiting your home searching for water.

We also have a list of common rodents who find pleasure in eating cacti. 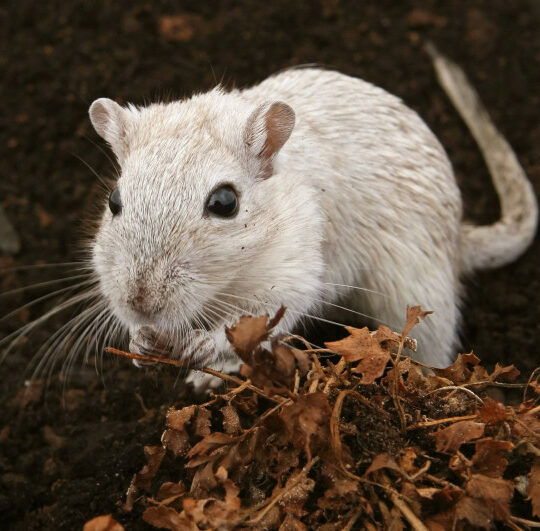 Also known as trade rats, the packrats are typically gray and average 13 inches long. Their common habitation is large nests made of plant parts and other objects.

You will spot the nests in rock crevices, vegetation, or cacti clumps. The rodents enjoy eating cacti flesh but are careful not to eat the spiky parts.

One of their physiological strategies is metabolizing oxalic acids found in high quantities in prickly pear cacti and most succulents. Other animals find the oxalic acid toxic.

The succulent plants such as cacti also meet the water needs of packrats. 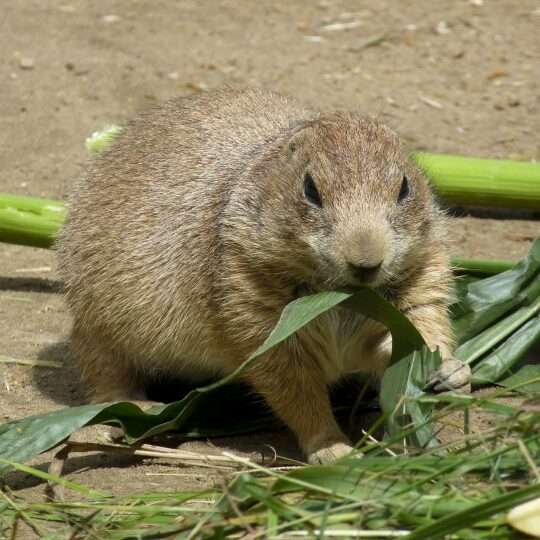 Gophers add to the long list of burrowing rodents. Their habitation is underground burrows and storage compartments that they build.

Gophers feed on prickly pear cacti to quench their thirst. A typical example is the pocket gopher which loves living in short grass prairies. 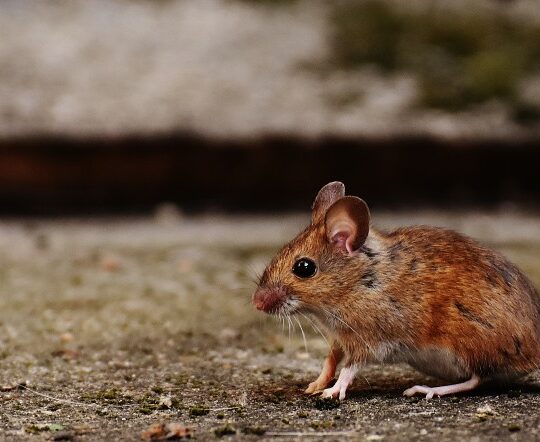 Other mice types, such as the Merriam’s kangaroo rats and the brush mouse, eat the seeds and fruits of the prickly pear cactus. 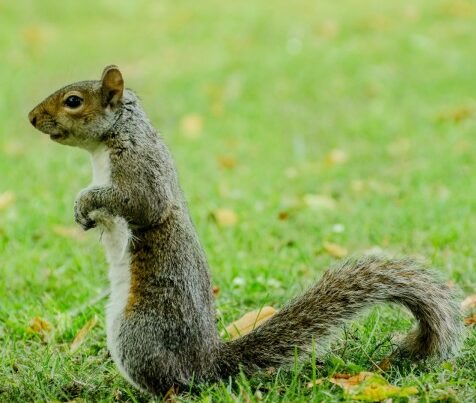 Chipmunks are fast-moving rodents with black and white stripes. Twenty-four species are found in the desert and high mountain habitats spread across North America to Mexico.

In Utah, Chipmunk species, the Uinta and the Cliff chipmunk, consume seeds and fruits of the prickly pear cactus.

Another group of animals that eat prickly pear cactus is the desert birds. They eat cacti fruits and the insects that thrive on them. Some of these birds include: 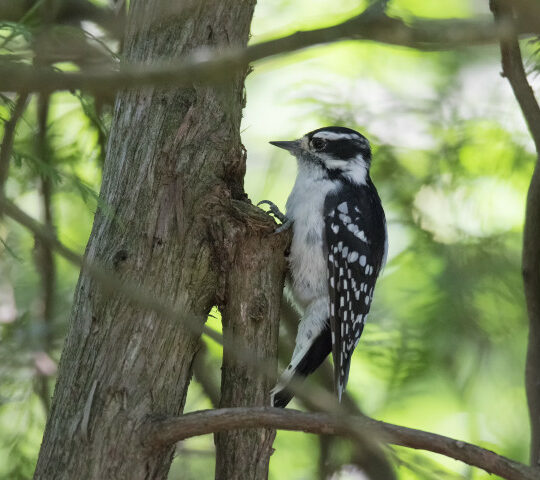 The Gila woodpecker mainly feeds on insects and fruits. The bird prefers cherry-picking the fleshy parts of the Saguaro cactus using its beak— all while avoiding the thorns.

They also make cavities in cacti for nesting to raise their young ones. 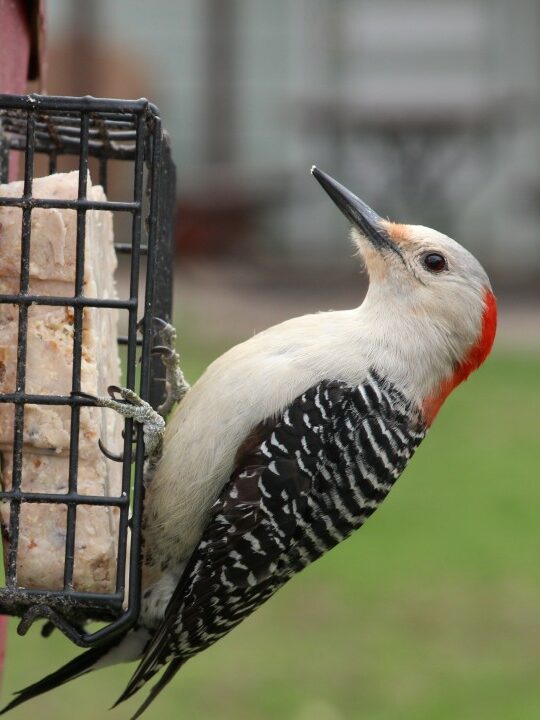 The Gilded flicker is a desert bird species that lives inside the Saguaro cactus and eats its fruits. It’s typically brown but with some black and red marks.

Their wings are 11 inches long and 19 inches wide. Most of its population is found in the Sonoran desert. 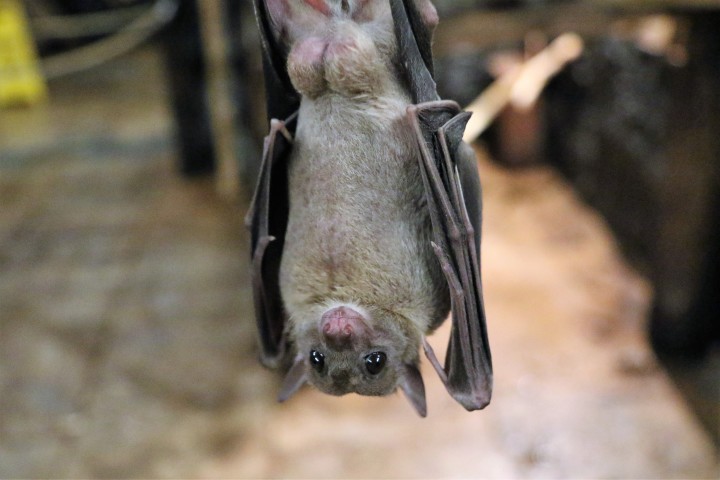 Bats love the shelter provided by the cacti plants— they usually take over holes and cavities other birds have abandoned. They also eat the ripening fruit of the cactus, which is their primary water source.

Some bats consume the nectar found in the Saguaro cactus. 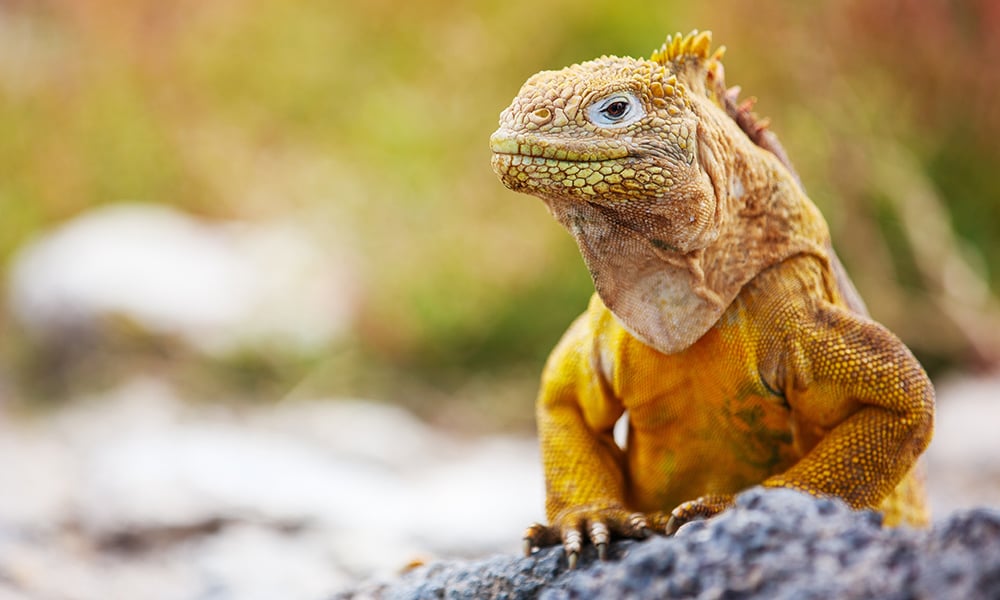 Thanks to its robust digestive system, the Galapagos land Iguana is fond of cacti. It can eat the entire plant without any fuss.

Before gulping down the cactus, the Iguana first gets rid of the thorns using its front feet.

The other reptile that eats the cactus is the tortoise. They eat the fruits and pads of the cacti plant. 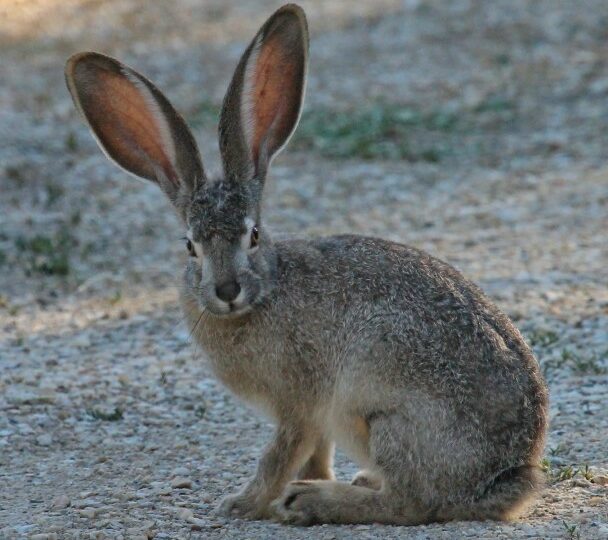 The Eastern cottontail is a close relative of the Jackrabbit. They add to the list of plants that eat cacti and prefer the base of the plant and its fruit.

The Eastern Cottontail disperse seeds of cacti through their feces. 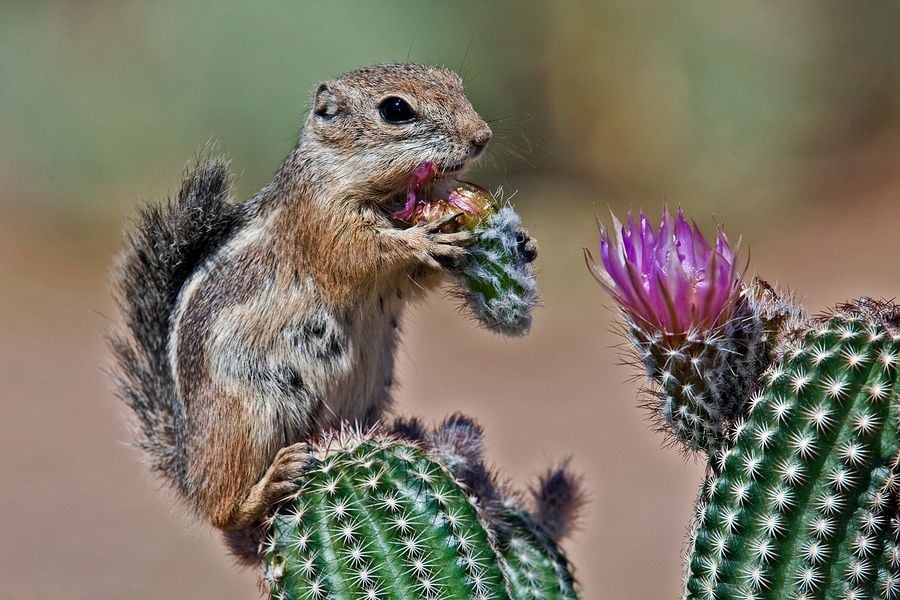 Harris’s Antelope squirrels are a population of desert animals that love to eat the seeds and fruit of cacti to survive. They are masters of doing that without getting poked.

The animals also dig underneath the cactus and other desert shrubs. You will often spot them jumping around the plants to look for a bite.

They cool off in shady soils during intense desert heat.

The Coyotes wrap up our list of animals that eat cactus.

They are dog-like creatures that appear carnivorous at first. Interestingly, they are omnivorous and eat almost anything from plants to small animals. One of these plants is the cacti.

Also Read:
11 Animals That Eat Squash (And How To Keep Them Away)

Having a variety of food choices to pick from makes them easily survive the desert.

Cacti are a rich source of fluids to most desert animals while a great shelter source for many.

These animals include camels, rodents, rabbits, reptiles, coyotes, and certain bird types like the Gila Woodpecker.

The most favored species is the Prickly Pear Cactus, followed by Saguaro Cactus.