There is so much to like about lilies. They are bold and beautiful, courtesy of their black-speckled flowers, and come in various shades such as salmon, red, yellow, and orange.

The stems carry multiple flowers and can grow up to 5 feet. Despite their aesthetic aura, the elegant flowers are not immune to destructive pests in the garden.

This article sheds more light on what animals eat lilies to help you get rid of them in your garden. 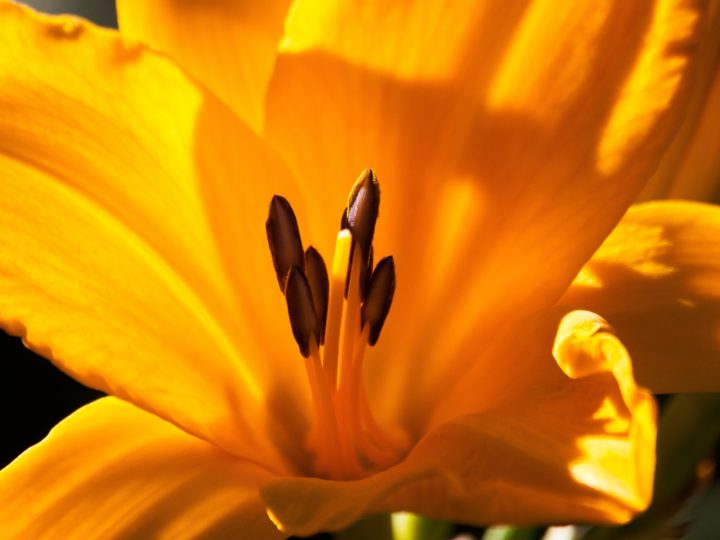 What Animals Are Eating My Lily Flowers And Leaves?

A hard fact to accept is some animals have a penchant for nibbling on the flowers and leaves of the lily plant. If this has been happening in your yard, you must be curious to know who the culprits are and how to contain them. 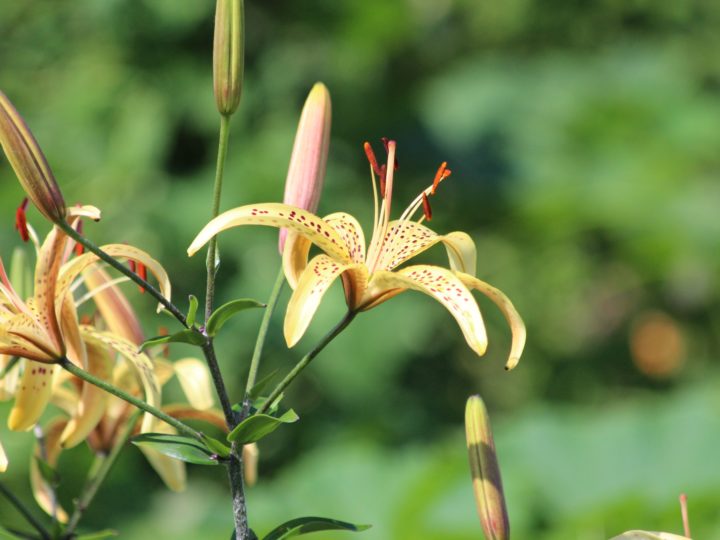 Luckily, we have uncovered that for you. Check the list below to find out if you have seen such animals in your garden or spotted their trails.

Let’s get down further to the finer details. 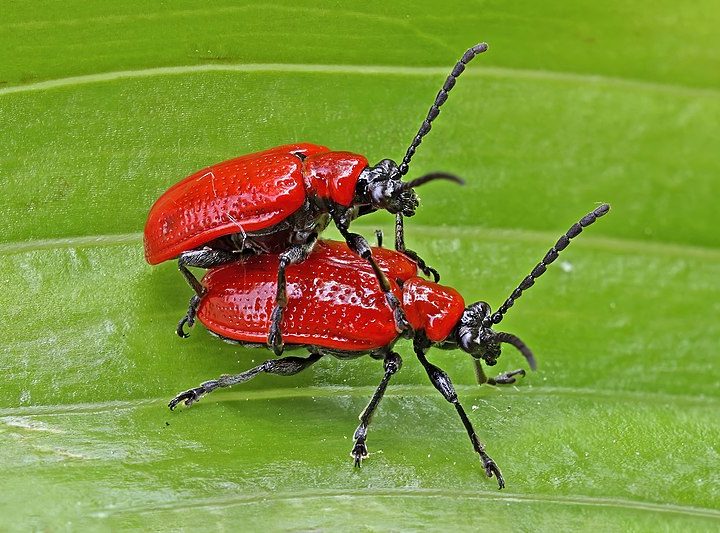 Lily beetles like your lily plant for the pollen, nectar, and anything else they will find palatable. Though small, they move in large numbers and can substantially defoliate or reduce your plants to shreds.

Their bright red color makes it easy for you to spot them against a green leafy background. This is the first step in eliminating them.

Interestingly, the emergence of adult beetles in spring typically coincides with the emergence of lilies. After mating, the adults lay up to 400 eggs in a season underneath the plant foliage.

Also Read:
How To Make A Garden Arch With PVC Pipe

When the eggs hatch, the orange larvae begin feeding on the leaves, hiding in their black excrement from other predators.

The larvae eventually mature into adults and keep feeding on the plants. As the life cycle of the beetles carries on, you now have an army of both the larvae and adult lily beetles entirely defoliating your lily plants. 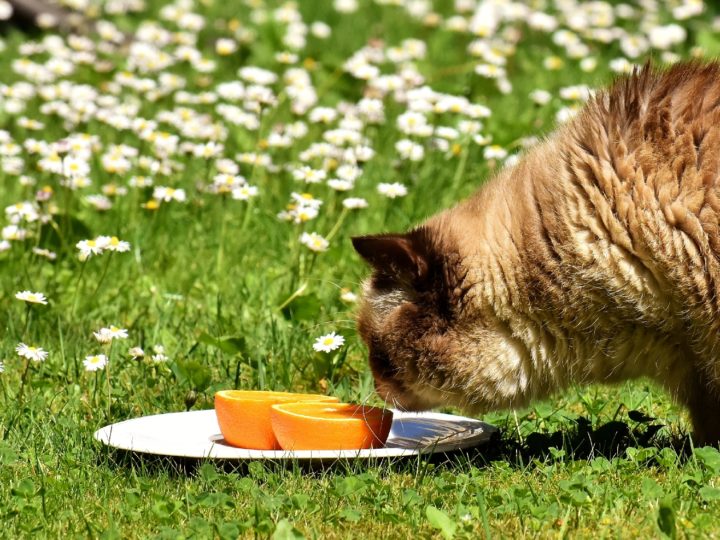 If you think your dogs are protecting your elegant lilies from other pests in the garden, think again. They are themselves guilty of consuming your plants.

Cats also add to the list of pets in your home that can feed on your lily plant.

However, unlike dogs, cats are susceptible to poisoning from plants in the Lilium family. For instance, the leaves of Tiger Lily cause liver problems in cats. Common symptoms of lily leaf poisoning in cats include vomiting.

Seek the services of a nearby vet in the event of plant poisoning in cats. 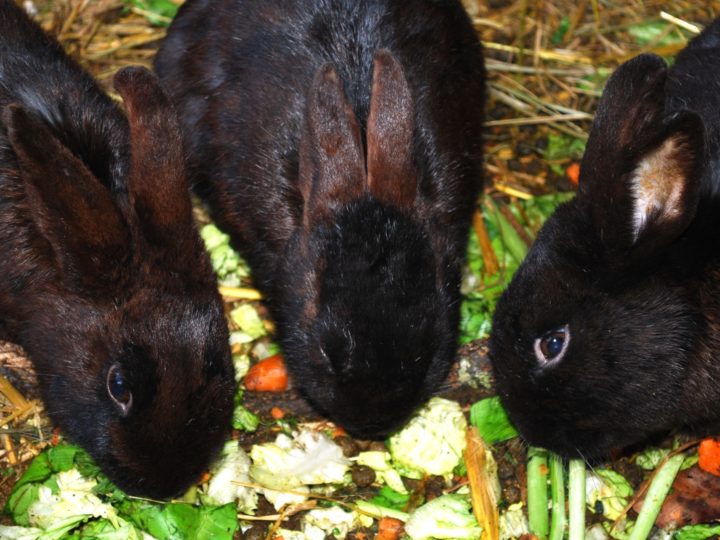 Another animal that loves your lily because of its pollen is the rabbit. They find the lily bulbs particularly tasty— younger ones like feeding on the nectar.

As efficient foragers, rabbits will look for food and carry back twigs or grass to continue nibbling. Your plants could already be victims of their aggressive eating habits.

If you don’t rear rabbits, you can detect their presence by watching for their tracks and droppings. They have four toes, with the rear two and a half times longer than the front set. 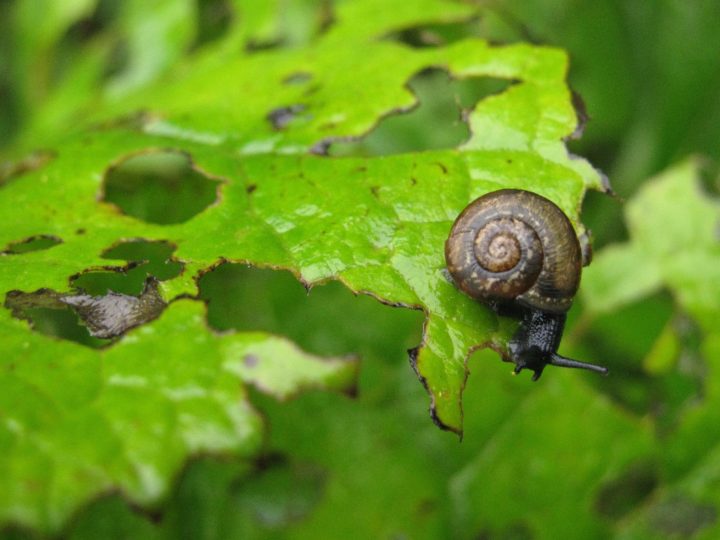 Lilies and slugs seem to have a thing, and you shouldn’t be surprised by the latter’s presence in your garden. The lily leaves contain a glycoside chemical that makes it easy for slugs to detect them.

Scientific sources allude to slugs having a genetic disposition that makes it easy for them to feed on lilies.

However, you can tackle them before they start munching your plants using the control measures below. 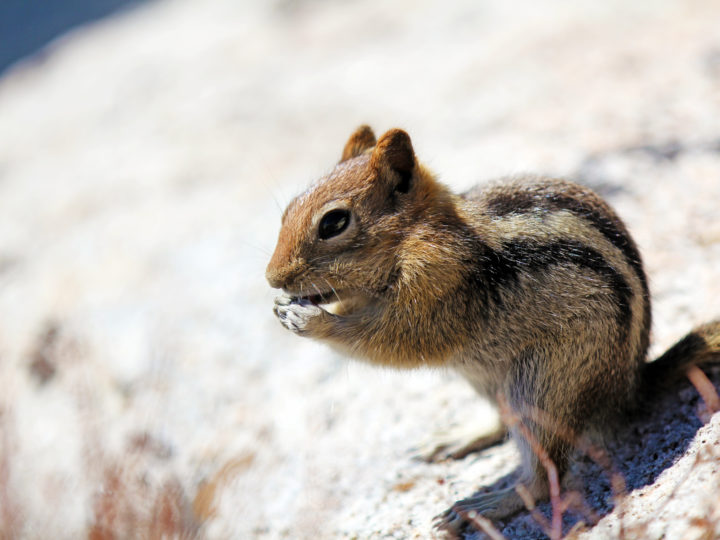 Lilies are among the flowers that bloom year-round, making chipmunks want to relish their taste often.

The animal will gladly feed on the seeds and bulbs, earning the name “lily-eaters.” 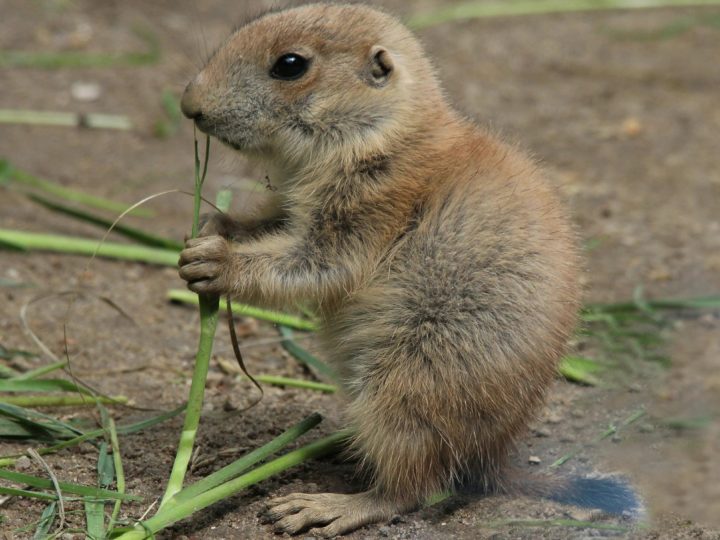 Gophers love to eat roots, tubers, barks, and fallen fruits of most garden plants. They are typically active after dawn and before dusk.

If you have them in your garden, you know that they create extensive tunnels and create multiple exits at the soil surface. Gophers are attracted to lilies because of their bright flowers that usually bloom from mid-summer to fall.

They will also consume and destroy other plants in their wake. 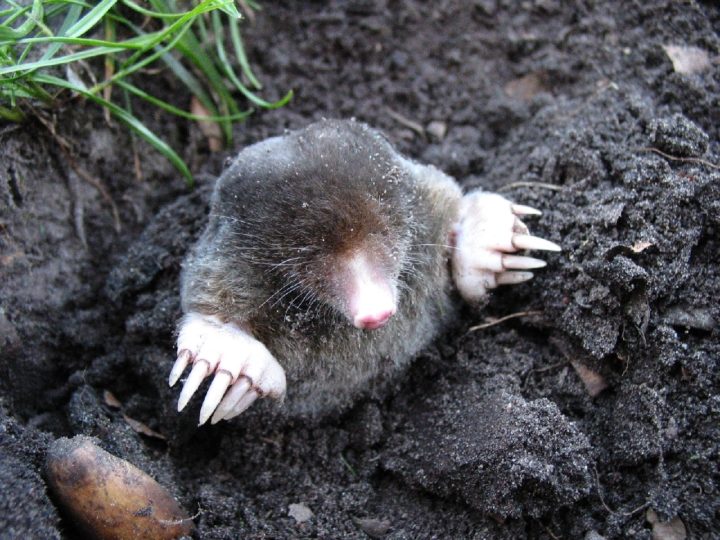 Moles feed on bulbs and tubers and find lilies a delectable meal to ease their hunger pangs. These animals are particularly attracted because of the essential vitamins that the lilies pack.

However, moles are omnivorous and also feed on beetles, snails, slugs, earthworms, and mice. As such, there are information inconsistencies in whether moles eat lily bulbs or only create tunnels and space for other rodents to feed on the bulbs.

Either way, you want to protect your lilies against them. 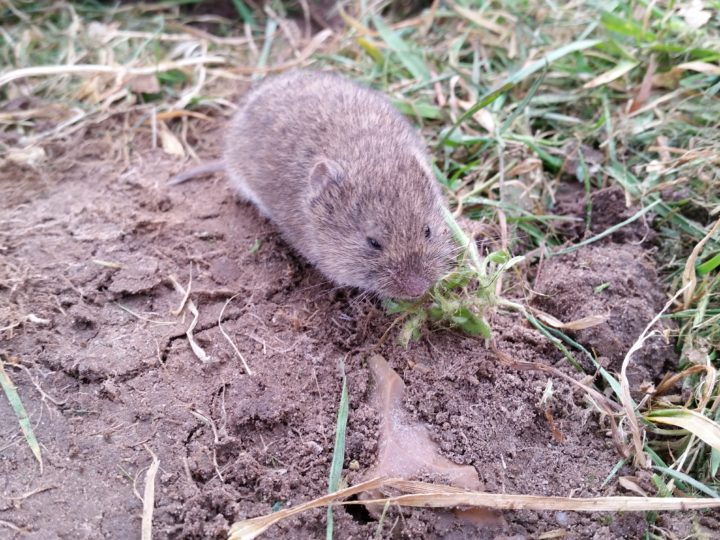 Voles and moles are similar creatures, and the two could appear confusing to a novice gardener. However, ground moles are larger than the voles and have bigger front paws.

Voles are almost the size of a large mouse with a short neck, a large wedge-shaped head, and enormous shoulders. These body features are helpful for the voles to thrust through the soil in search of food.

Voles are vegetarians feeding on bulbs and tubers of garden plants such as the lilies. They also eat lily flowers.

Sometimes voles will eat the lily plant or carry it away to eat it up later. 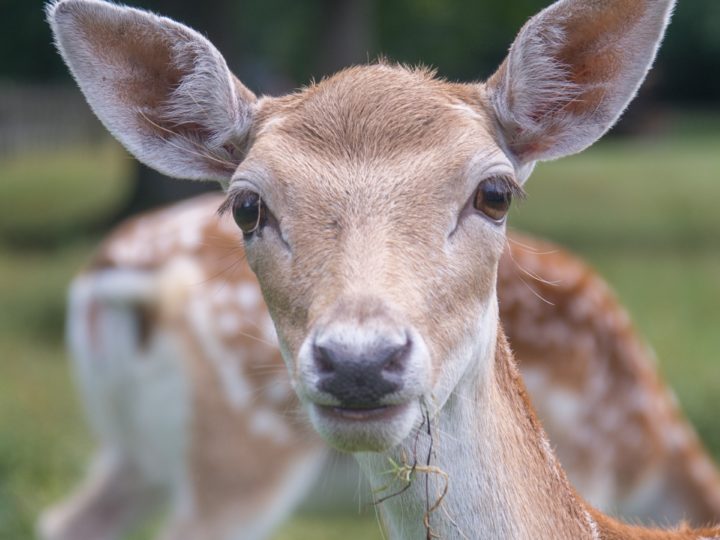 The deer is yet another animal that feeds on lilies. Your lilies are more susceptible, especially if you plant them along the borders, given their beauty and low maintenance costs.

Some deer species love the petals and the nectar found in the lily flowers. The white-tailored deer is particularly fond of the plant. 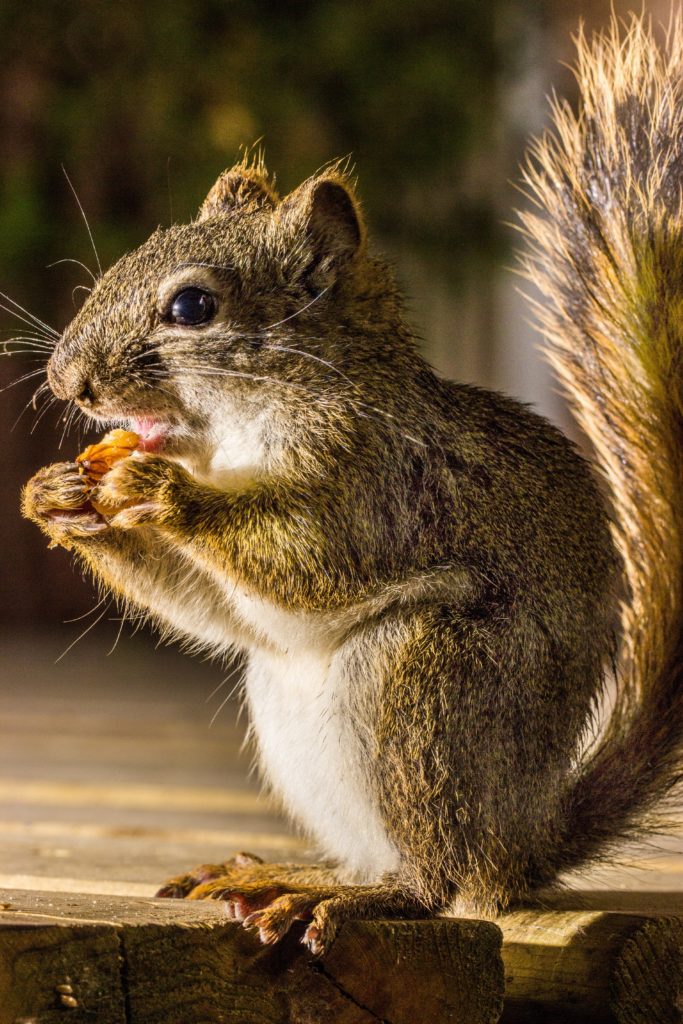 Squirrels eat the nectar and seeds of the lily plant flower, earning them the name “flower people.”

Given their omnivorous nature, squirrels also feed on insects. However, they won’t shy away from feeding on lilies if there is no other food source available.

Also Read:
10 Plants That Are Used For Clothing 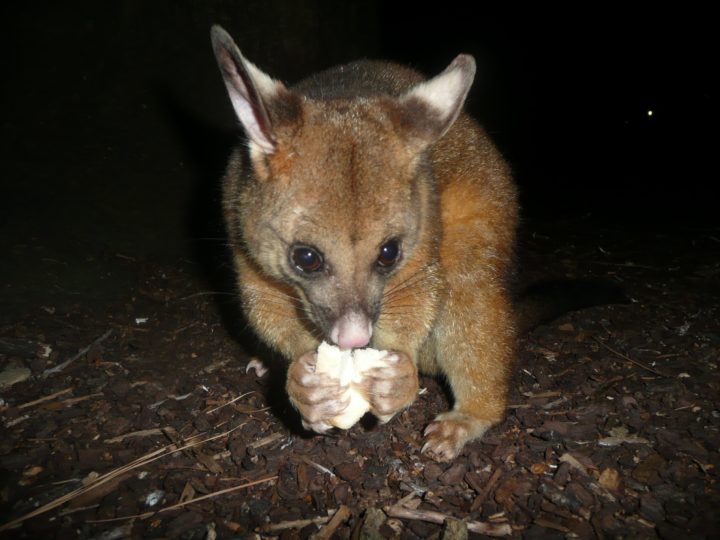 The opossum is a North American marsupial mammal capable of climbing trees, and its population has been growing exponentially in urban areas. Luckily for them, lilies are constantly growing close to their dens and thus an easy target.

Opossums feed on both the leaves and flowers of your lily plant.

We hope you now have a fair idea of what animals are feasting on your precious lilies.

Watching your lilies getting decimated can be pretty discouraging, especially if you are starting on your gardening journey.

However, you are better placed to deter the pests through some of the recommended solutions.

Every control method mentioned is tailored according to the animal you’re dealing with in the garden.

We hope you will have bountiful produce the next time around. Cheers!