Compatible planting is an excellent technique to not only protect and nourish your main crop but also to utilize your garden space to the fullest.

Pepper plants are no exception. There are some excellent compatible plants that you could choose while growing peppers.

However, some plants could prove detrimental to your pepper yield. You could refer to them as the worst companion plants for pepper.

We discuss these plants in detail and help you make an informed decision the next time you are looking for companion plants for your peppers. Let’s get moving. 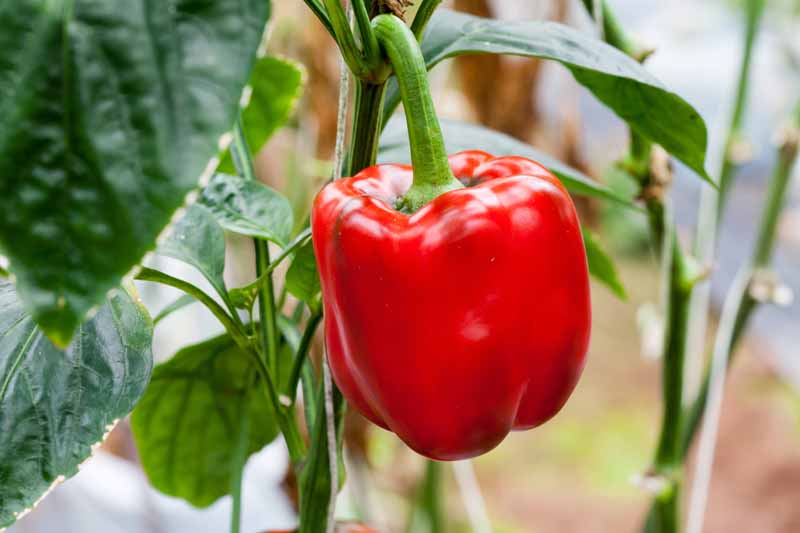 The Pepper plant, also referred to as bell or sweet pepper, is a fruit plant found in the species Capsicum annuum. It produces edible fruits of different colors.

Pepper plants love full sunlight that enables them to produce large and healthy fruits. It prefers growing in the warm season and loves a mix of sandy and loamy soils with a slightly acidic pH that typically ranges from 6.2 to 7.

The soils should be well-draining since pepper doesn’t love wet feet or wet surroundings.

The growing area should also not have a previous planting of crops in the nightshade family, such as potatoes and tomatoes, since they tend to expose peppers to diseases.

What Not To Plant Next To Peppers?

This section lists plants that you shouldn’t grow together with your pepper. There are various reasons to avoid them.

Some of these plants deprive peppers of essential nutrients, while some expose them to harmful diseases.

Let’s take you a step further by talking about these plants in detail and highlighting why you shouldn’t grow them near your pepper plants. 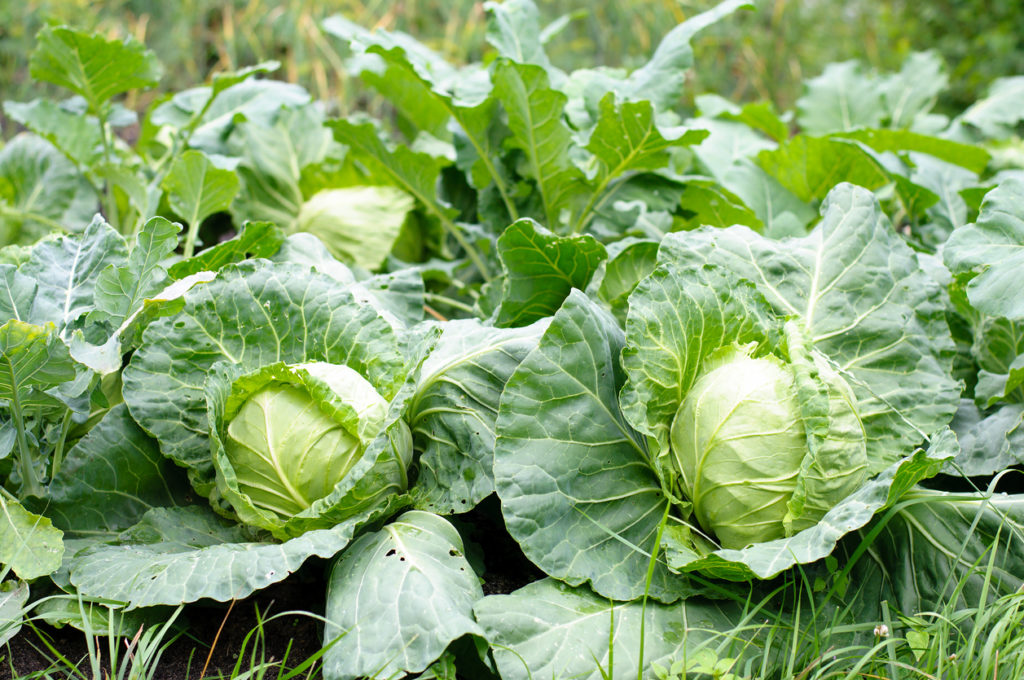 Cabbage is an annual vegetable crop in the Brassicaceae family. Gardeners mainly grow the vegetable for its densely leafed head.

It thrives in cool temperatures, and it’s also a heavy feeder that quickly depletes the soil nutrients. That means you should tackle this upfront by ensuring your soil has the correct quantity and balance of nutrients.

This is the same reason you shouldn’t plant your peppers with cabbages. Their nutrient requirements are quite different. Cabbages prefer a more neutral pH compared to peppers which prefer some acidity levels. 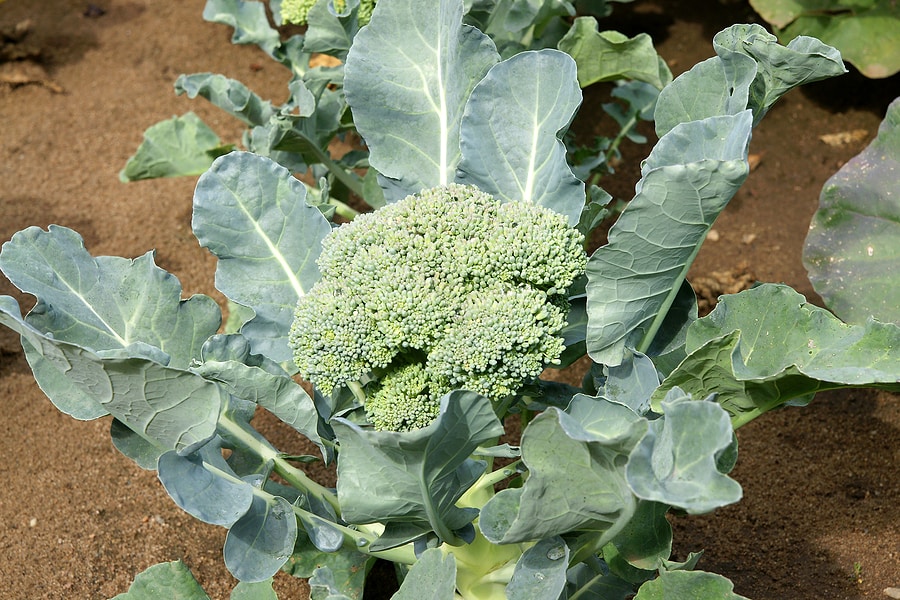 Broccoli is an edible green vegetable and a member of the cabbage family; it’s typically grown with green flower buds and has purple variations.

Broccoli is best grown during the cool season and prefers direct sunlight. It thrives in a pH range of between 6.0 and 7.0, which means you should change the soil acidity levels by adding lime if necessary.

It’s not the best pick for growing together with peppers for again being a heavy feeder. 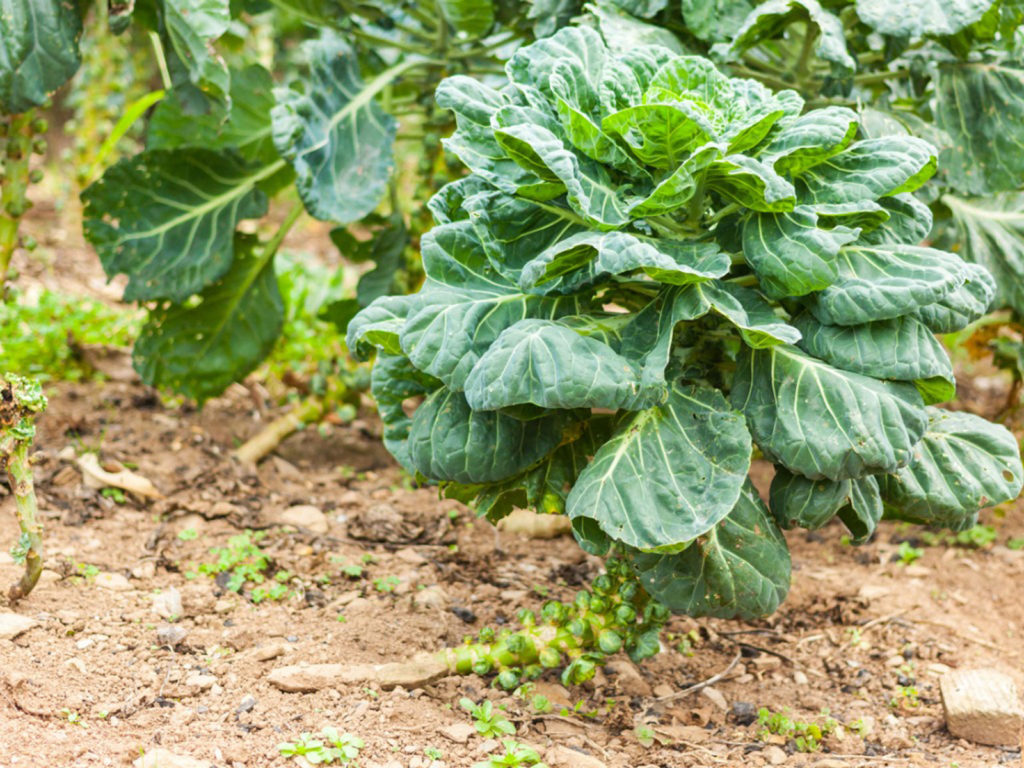 Brussels sprout is a leafy vegetable grown for its edible buds. It counts among the Gemmifera group of cabbages or rather the cole crop family.

The vegetable prefers growth areas with at least six hours of sunlight. The soils should be fertile and well-draining, with a pH range between 6 and 6.8.

Being in the same family as cabbage, they attract the same pests. It’s another one of the worst plants you shouldn’t grow near your peppers.

Kale, also known as leaf cabbage, is a member of the cole family, and gardeners grow them for their edible leaves. Interestingly, the plant is closely related to wild cabbage compared to other members of the cole crop family.

Their growing conditions include full sun, well-draining fertile soil with a pH range of 6.5 to 6.8. Like other Brassicaceae members, kale requires proper feeding with the right amounts of rich organic manure.

It’s also not among the ideal companion plants for pepper. For the best results, plant crops in the cole crop family in a separate garden from peppers. 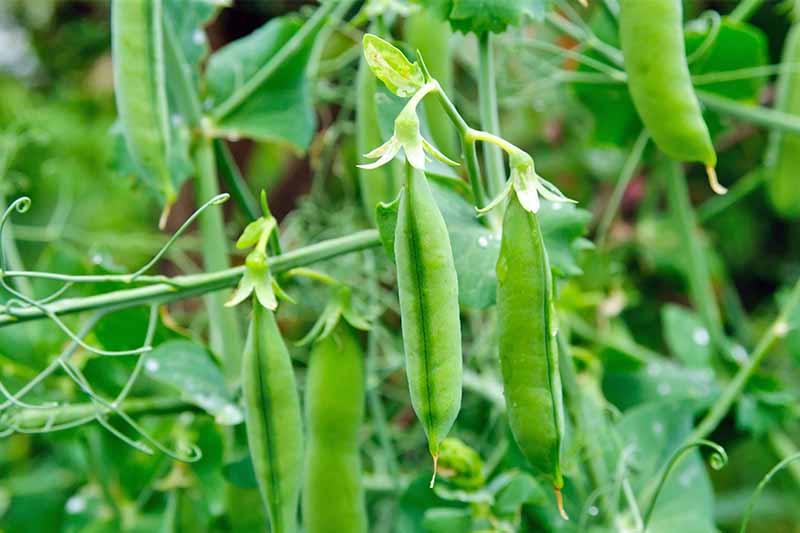 Pea is an annual cool-season crop grown for its pods which contain several peas. Their best growing areas are the cold high altitude regions and the tropics.

Pea is a legume; no doubt it will add nitrogen to the soil useful for its growth and that of the other plants. On the contrary, an excess of nitrogen interferes with the healthy growth of the pepper plant.

It leads to poor production of pepper pods. 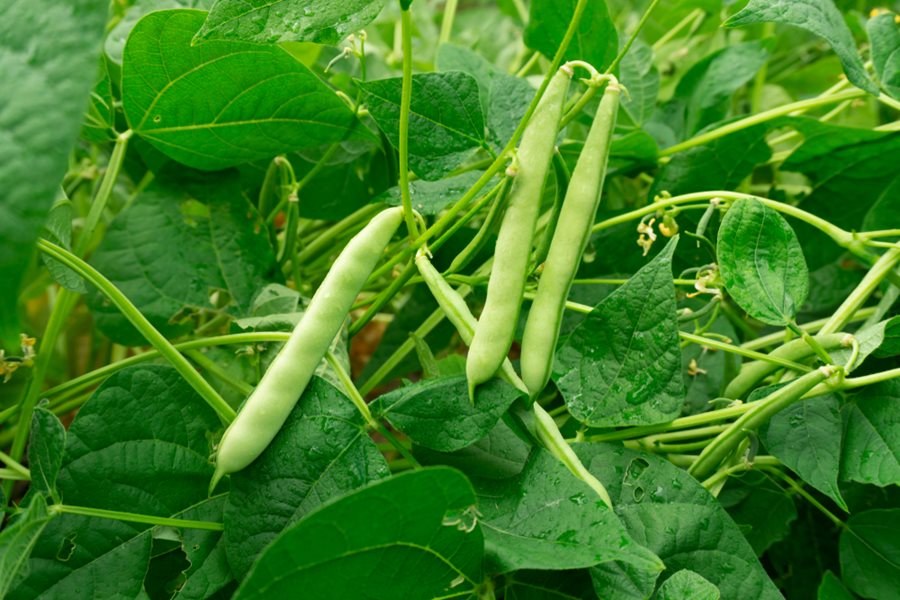 Beans like peas are leguminous and therefore add a certain percentage of nitrogen to the soil. It’s a warm-season crop that is directly sown via seeds into the garden.

If you intend to grow peppers in your garden, avoid planting them with beans in the same place. 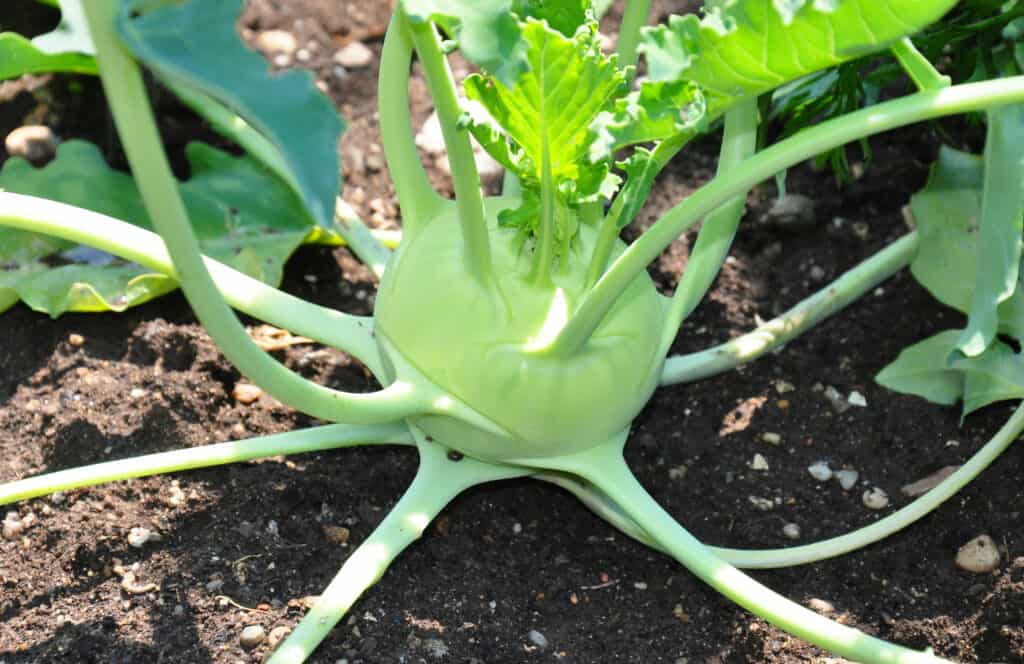 Kohlrabi, or the German turnip, is a member of the Brassica oleracea Gongylodes. The vegetable is a biennial and a cultivar of wild cabbage.

It has edible stems and leaves that can be consumed raw or cooked. Kohlrabi thrives well in plenty of sunlight and prefers fertile and well-draining soil with a pH range of 6.5 to 6.8.

Its pH range is somewhat incompatible with that of pepper. You are better growing them off separately. 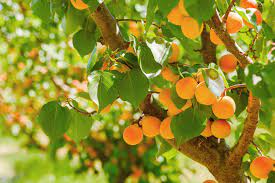 Apricots are also among the list of plants you shouldn’t plant near chili peppers.

It’s a fruit-bearing tree that tolerates cold temperatures growing in USDA zones of 5 to 8.

The soil should be neutral to slightly alkaline with a pH range of 6.7 to 7.5. Their growing conditions do not match that of pepper.

Thus, you want to grow the apricots in a different field. 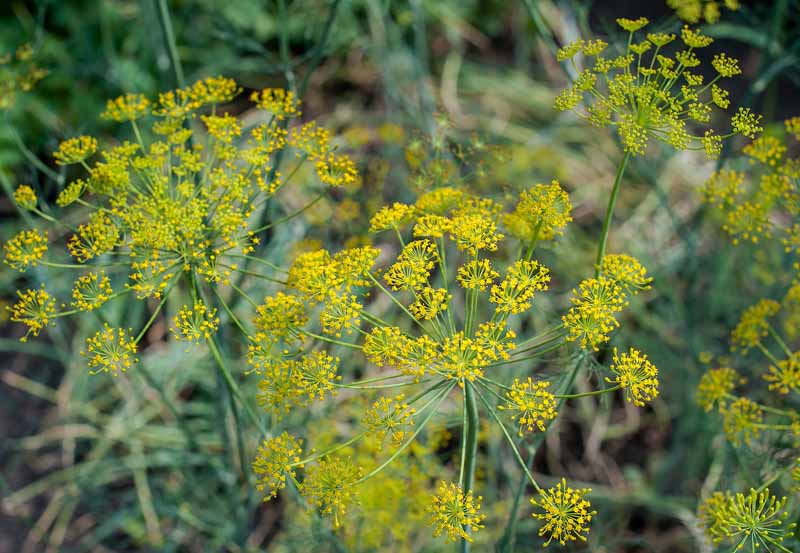 Fennel is a flowering perennial herb in the carrot family. It’s not only aromatic but flavorful and makes a good cooking ingredient.

On the flip side, Fennel is not a companion plant for most vegetables. It attracts several insect pests that are detrimental to your veggies.

However, it can be a deterrent to insect pests when you plant far away from pepper and other vegetables within your yard. 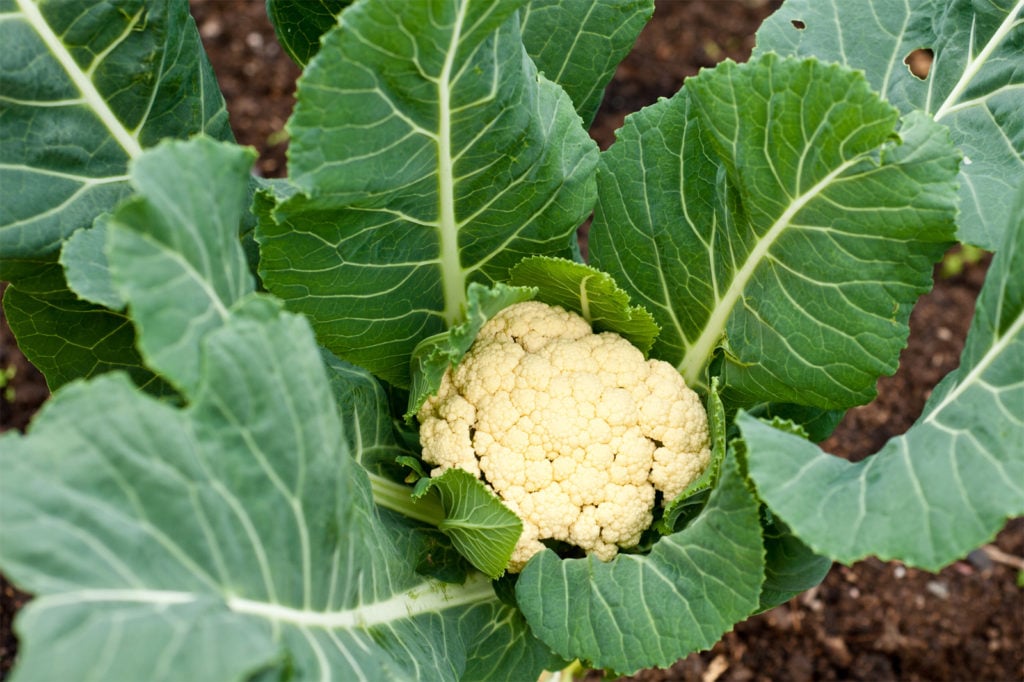 Cauliflower also adds to the long list of plants found in the Brassicaceae family. It reproduces annually by seed.

It is a cool-season crop that thrives well in sunlight and prefers neutral soils.

Cauliflower is a cousin of broccoli and contains white edible flesh that is also referred to as curd.

You should not grow cauliflowers near peppers for the same reason as other crops found in the cole crops or Brassicaceae family.

You are now in the know regarding the worst companion plants for peppers.

The plants from the Brassicaceae family should be totally avoided as they have high nutritional requirements and out-compete your peppers.

Besides, the legumes such as beans and peas add nitrogen to the soil. Nitrogen beyond the recommended levels in pepper causes stunted production of pepper pods.

Ideally, you want to grow vegetables such as carrots, cucumbers, radishes, squash, and eggplants near peppers as they all benefit mutually.

Herbs such as Basil, Chives, and Dill also repel harmful pests and insects away from peppers. 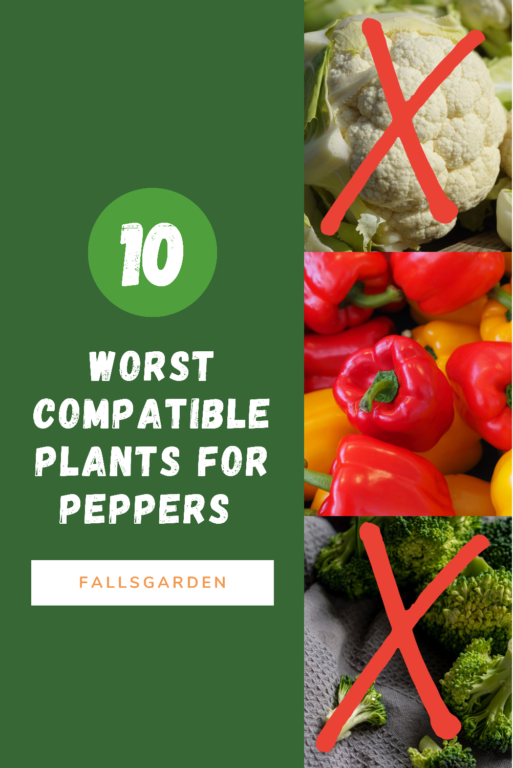